What Do NJ’s Pension Crisis, Lakewood Public Schools, and the Murphy-Sweeney Feud Have in Common? 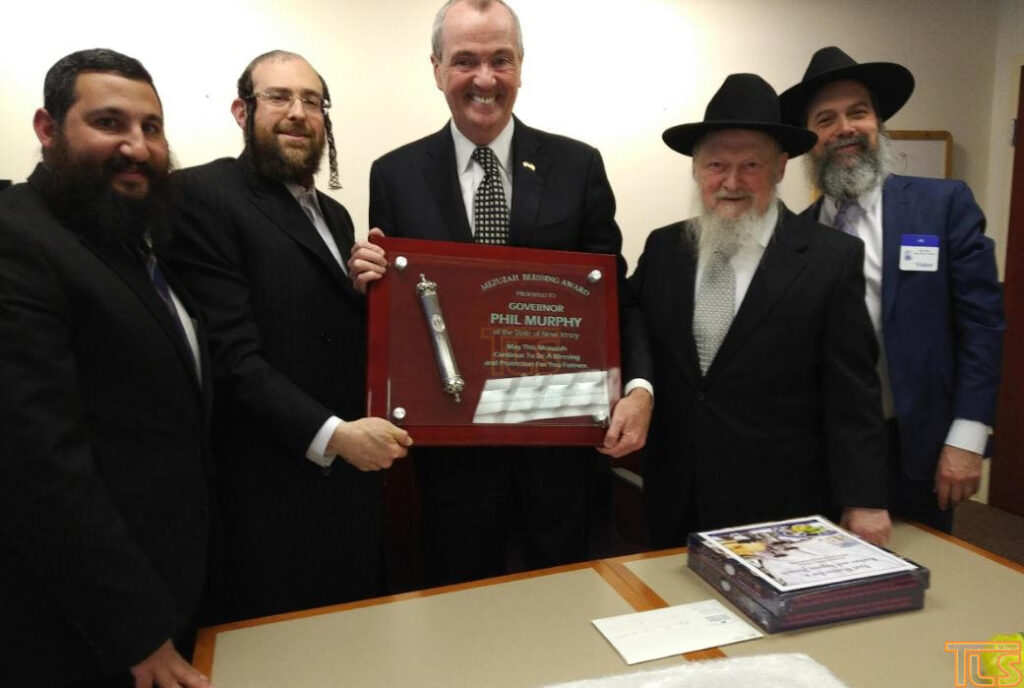 There’s lots of coverage today on the New Jersey State Legislature’s rewrite of the Governor’s budget. Murphy included a millionaire’s tax and $250 million in property tax relief (which comes out to about 10 bucks a month per household). The Legislature’s version nixes the millionaire’s tax, gives an extra $50 million to NJ Transit, and another $50 million for special education. However, two other items deleted from Murphy’s proposal by the Legislature are getting little notice: According to the Lakewood Scoop (the paper for ultra-Orthodox Jews in Lakewood), the Legislature “struck $30 million in aid that Lakewood Public Schools was expecting to receive from the State,” as well as another  $15 million in “provisional aid.”

I haven’t covered Lakewood shenanigans since last December when I wrote, once again,about the district’s habit of privileging its soaring population of ultra-Orthodox children who attend religious schools over its district schools, which enroll mostly low-income Latino children. The State is complicit in this inequity by failing to exercise appropriate oversight (despite the presence of state monitors) and by allocating extra money to cover perennial budget gaps.

It’s an impossible situation. As Lakewood grows (and grows — it’s our fastest growing city), its population of ultra-Orthodox children who are educated in yeshivas grows as well.  This is exacerbated by the cultural fact that Haredi families tend to have lots of children; my family wasn’t Orthodox but I remember my Grandma saying, “every Jewish baby born is a slap at Hitler’s face.”

Ultra-Orthodox Jewish families send their children to yeshivas where there is little secular education, especially for boys who are expected to spend their professional lives immersed in Talmudic studies. It’s an insular world that State oversight can’t penetrate. Yet increasing amounts of taxpayer money are allocated to these schools because 1) if a Jewish child is classified as eligible for special education services and the parents are able to obtain an agreement for a placement in a yeshiva, the district pays for therapies and secular studies (even when there’s no confirmation that secular studies exist) and, 2) the district is still responsible for transportation, especially expensive because Haredi (the sect of ultra-Orthodox Judaism prevalent in Lakewood) won’t let boys and girls share a bus or even a school.

[T]he NJEA has used its enormous and unmatched political clout to construct the pension and retiree health system that exists today. Until recently, it helped elect and keep in office politicians who made overly generous promises but did not fund them. It participated in pension raids and bond schemes that worsened the condition of the pension system. It insisted on and protected exceedingly generous employee and retiree health benefits. It forcefully and consistently fought reforms that might have altered New Jersey’s path to penury. And to top it all off, it tried to lock this disastrous system into the state constitution.

For our purposes today we could say, “The Vaad has used its enormous and unmatched political clout to construct the Lakewood Public Schools’ budget that exists today.”

Same old, same old. I continue to read the Lakewood School Board minutes each month but, honestly, what else is there to say? Last month the Board added a last-minute action item that reappointed Michael Inzelbuch as General Counsel with “the same terms and conditions as the 2018-2019 contract,” i.e., $600,000 per  year plus a host of bennies for him and some of his associates. In March the Board approved $34,434 to the all-boys Shagas Aryeh Yeshiva for a playground and another $24,085 for a playground for the all-girls B’nos Melech school.

Meanwhile, the district website’s homepage says, “The Lakewood Football Field Bleachers, both the East and West side, otherwise known as the Home and Visitor Team, were deemed unsafe for use, and will not be utilized by students or staff for any reason or event, including High School graduation.”

And yet the news that the Legislature erased Murphy’s largesse to this troubled district is noteworthy, given the power of the Vaad.  When the Vaad talk, its constituents listen, and the Vaad told them to vote for Murphy. “While we don’t agree with Phil on certain matters, especially pro-life and family values,” the Vaad endorsement says, “Phil knows that our private schools deserve funding too and he publicly stated this in his interview with the APP and he is unafraid to suggest that NJ join Florida, Ohio, Wisconsin, Colorado, Indiana, Michigan and some 30 other states in treating religious school parents more fairly.”  (I think that’s a reference to vouchers, but I’m not sure.) Anyway, the Vaad assured voters, “he’s a mensch,” and he won handily in Lakewood.

But today’s move by the State Legislature seems to be prodding Lakewood Haredim to question the wisdom of the Vaad. In the comment section of the Lakewood Scoop article, one person says, “DO NOT vote Democrats they represent anti-Torah values. Period. Trust in Hashem [God].” Someone who identifies himself as “The Consultant” says, “you reap what you sow. You voted for the guy. Next time vote for the one who is more aligned with our values.” And another say, “Seems like the Vaad was misled when they suggested and endorsed Murphy.”

It would be good for New Jersey — especially NJ teachers — if NJEA leaders held less sway over legislators so that we could find some way (like Senate President Sweeney’s PathtoProgress) out of our pension insolvency. It would be good for Lakewood — not only the low-income Latino students trapped in a terrible district but also Haredim and non-Jewish taxpayers — if yeshivas would be transparent about their academic programs so that Board members (most controlled by the Vaad but oh well) could effectively allocate funding.

In the meantime, yeshivas get new playgrounds, Lakewood district students can’t sit on the bleachers, and Murphy and the Legislature have reached an impasse. Where we go next will test local and state leaders’ courage to withstand the pressure of special interest groups; if they can, we’ll all be better off. JAMES: A Cry For the Students of Malcolm X Shabazz

NJ’s Anti-Charter School Lobbyists: How Far Will They Go?

When is a Compromise Become a Cop-Out? (Think LIFO)