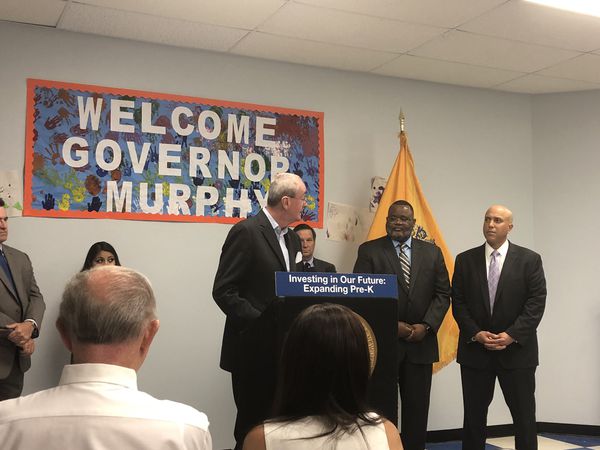 That’s the focus of a new Education Week article that details the recent selection by Gov. Phil Murphy, approved by Education Commissioner Lamont Repollet, of Cary Booker to head the Division of Early Childhood Development at a cool $150K per year. “Cary’s commitment to public education comes without qualification,” Murphy said when he announced the appointment six days before campaigning for Cory in Iowa. “He brings a vital perspective on how early-childhood education will influence a child’s potential and an enthusiastic vision to his work.”

From all appearances, Booker, while well-versed in K-12 education oversight and policies — he was an administrator at Rutgers in Newark and an education advisor to Murphy —  has no experience in early childhood education. Yet he’s highly-regarded in education circles (except for the failure of a charter school he founded in Memphis).

So how much of an aberration is Cary’s appointment by Gov. Murphy to a top post at the DOE?

It isn’t an aberration at all. In fact, it’s standard operating procedure. Think of the Schools Development Authority where chief Lizette Delgado-Polanco resigned this past April after what a staffer called “binge nepotism.” (Just in: 30 of Delgado-Polanco’s “friends and allies” at the SDA were fired today.)

And then, of course, there’s the DOE itself which controls oversight, policy, equity, and funding for NJ’s 1.37 million public school children in 678 districts (including charters). How much of a role does a person’s qualifications play in high-level appointments? Does the “binge nepotism” of the SDA and the hiring of people without relevant experienceat extend to the DOE? Let’s look.

Gilbert Gonzalez is the Coordinator of Assessment Technology and Data for the Office of Assessments. Before this appointment he spent one year and three months as Records Custodian in charge of fulfilling Open Public Records requests. For eleven months after that his job was to check the certifications of district superintendents. Now he’s not-so-fondly known as Carolyn Marano’s “chief henchman.” [CORRECTION: Gonzalez has been promoted to “Acting Director of the Office of Assessments.“]

Speaking of Carolyn Marano, our outgoing (I’ve been told) Asst. Commissioner for Student Services came to the DOE last year with Lamont Repollet, who was her boss in their former district Asbury Park Public Schools.  At Asbury Park she cancelled mandatory programs like Extended School Year, decimated the Early Childhood Education program, and interfered in Child Study Team decisions. During her DOE tenure she has misallocated Title 1 funds (sometimes by order of Repollet — see here and here), destroyed morale, and created an environment that some describe as “racist.” Before Asbury Park she was head of special education at Vernon Township Public Schools; she resigned after taxpayers spent $47,500 defending Marano against  six claims by child study team members of bullying.

Carmen Cusido is Director of the Office of Public Affairs at the DOE. Her previous experience, per Repollet’s email announcing her appointment, is writing a book called “Coping with Eating Disorders” and having expertise in US-Cuban Relations. She has been involved in the DOE’s “Charter School Act Review”; she told Chalkbeat that a report would be released in “early 2019.” (It has yet to be released.)

Dominic Rota also works for Marano as head of the Office of Special Education Policy and Dispute Resolution. His LinkedIn profile says that before his appointment he was a “strategic thinker with proven problem-solving skills with the ability to build relationships and collaborate with diverse constituencies.” Awesome sauce.

Now, I’m not saying that any of these top-level DOE staffers are anything other than brilliant and completely committed to bettering our state education system. But if people are going to slam the appointment of Cory’s big brother, they really ought to cast their gaze more widely. It’s a feature of this DOE, not a bug.

From the Lips of Bob Ingle…