Voices from the Parent Summit: Troy Still’s Mom Fought For His Education; Now He Fights For Camden Students. 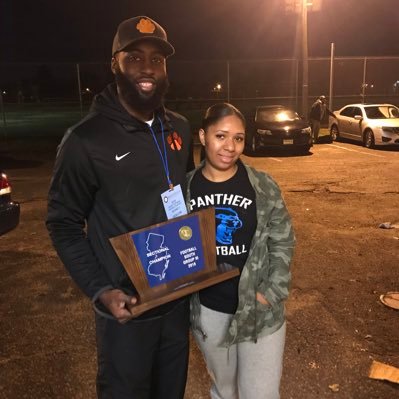 During the first weekend in August, Project Ready hosted the New Jersey Parent Summit (see here for an overview) I chatted with many parents and I’m posting some of the interviews: See earlier ones here, here, here, and here.  In some cases I’ve added links and editorial comments to add context. This interview is with Troy Still, a member of the Camden City School Board.

Laura: Troy, where did you attend school in Camden?

Troy: I’ve always lived in Camden and I mostly went to traditional district schools:  Davis Family School, McGraw [now a Mastery renaissance school], and Whittier [now a KIPP renaissance school].  When it was time for high school, my mom was sold on Camden Academy Charter High School. I wanted to go to Woodrow Wilson High School — that’s where my friends were going — but she felt strongly that I’d do better academically at the charter school.

I still played all my sports at Wilson, though. We won a state championship in football.

Laura: It sounds like you were quite the athlete.

Troy: Oh yeah, I was heavily involved in sports — football, track, basketball. It kept me off the streets, kept me focused. Michael McBride, my football coach, encouraged me to continue my education. I ended up at North Dakota Valley City State University on a football scholarship. That’s where I honed my diversity, because there were very few African-American students there. That’s where I started to reevaluate myself: What stigmas have I adapted that I need to shake? I interacted with people from different cultures, and that killed my fear of being different. Growing up in Camden, you only know what you see. You only know African-American culture. My perspective changed and I let down my wall.

Laura: It must have been difficult being one of the very few African-Americans on campus.

Troy: It was! When I first got to North Dakota people didn’t know how to receive me. But the other students were surprisingly welcoming once we got to know each other and the professors opened their doors to me. There, everyone was hard-working, focused on success. When the coach would say, “Be here at 8” they would all be there by 7:45. My friends there were the hardest-working people I’ve ever met. All my time was devoted to football — we won the Dakota Athletic Conference Championship — and, of course, to my  family. I graduated in 2012.

Laura: Your family was there?

Troy: Yes, my wife and two kids moved to North Dakota my junior year when they saw how it was for me.

Laura: What did you do when you and your family moved back to Camden?

Troy: I got a job at the Youth Consultant Services [YCS], a clinic for kids who had histories of sexual abuse. I was also training for the NFL combine, plus I did an internship. I never slept!

While I was at YCS, the staff noticed that I had a gift for connecting with these kids so they brought me on full-time. I didn’t get signed for the NFL but an arena indoor team picked me up so I was travelling from state to state. I played for a year but then I messed up my knee.

After that I landed a job at Camelot Academy, which is a behavioral unit within the Camden City Public Schools. From Day 1 the kids there loved on me, looked up to me as a father figure. In fact they still call on me for advice. Camelot gave me my own education — how important it is to not write kids off. I’d have parents call me and say, “I can’t get my kid to listen to me like he listens to you.” You can’t fool kids: They know who’s phony, they’ll say “he’s official.” These kids at Camelot go to a lot of funerals. I would get them there. I’d say, “you need a prom suit? I got you.” They would open up and let me know their hearts. That’s how you make change.

Troy: I don’t look at it that way.  Someone saved my life. Anyway, now I have a job at Freedom Prep [part of the charter network Democracy Prep]. My job title was Dean of Culture.

Laura: What is that job, Dean of Culture?

Troy: You set the mindset for the organization: how people carry themselves when they communicate, how to bring in parents and get them to participate and be involved as much as our students, how to teach parents to advocate for their kids. After all, the most successful students have parents who have fully bought into the program and their children’s academic progress. When I sat down with my boss, Principal William Hayes [see my interview with him here], he told me he would give me freedom and not micromanage me. He’s followed through on that.

Laura: How are your own kids doing?

Troy: All three are straight A students! They go to Mastery at Cramer Hill.

Laura: And you’re on the Camden City School Board now.

Troy: Yup, I ran for an unexpired term and I’m running for a full term. The election is on November 5th. I’m running on a slate with Nyemah Gillespie and Falio Leyba. Our slogan is “Education for Everyone.” I think we have a great team. Nyemah has been an activist in the community and she runs a dance school. We’re all involved in empowering parents and bettering the community. It’s different now: When I was growing up I lost so many friends to the gangs and the streets. Our kids have got a chance now.