Murphy’s Track Record of Appointments Is Lousy, Especially in Education. What’s Up With That? 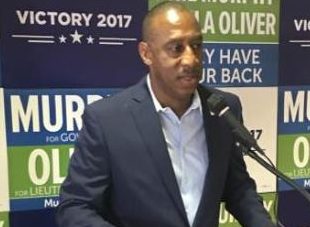 “I don’t talk to fucking Jews,” Dye told the New Jersey Globe during a very brief telephone interview.  “Get the fuck out of here.”

That’s Jeffrey Dye, the latest hiring  embarrassment for the Murphy Administration. Dye was  gifted a job in the state Department of Labor & Workforce Development even though, according to Politico, he “made numerous anti-Semitic posts on Facebook.”

Oh, by the way, Dye is also President of the Passaic branch of the NAACP. Before Murphy hired Dye, Assemblyman Gary Schaer told North Jersey, “the administration, certainly at the highest levels, was aware of my concerns. Why he was hired, I can only imagine. His inability to control himself is evident.”  To add insult to injury, the Department of Labor fired Dye because Murphy “took no action and made no statement.”

Not a good look.

If Dye’s appointment were a one-time mistake, I’d take little notice. These things happen. The problem is that it’s happening a lot in the Murphy Administration, and many of those questionable hirings seem to be predominantly in departments related to education.

Let’s start at the top.

People who read me regularly may have noticed that I’ve been writing a lot  about Asbury Park School District [APSD]. While this is partly a response to many sources who have reached out to me with valuable information, it’s also because APSD’s dysfunction is not just a problem for APSD.  After all, ASPD’s former superintendent Lamont Repollet was appointed by Gov. Phil Murphy as State Education Commissioner. And, just as he did in Asbury Park, Repollet is on a mission to lower academic standards, create a culture of nepotism and favoritism, privilege showmanship over academic leadership, roll back requirements for a high school diploma, and make his own questionable hires.

This is, at the least, bad optics for Phil Murphy. Middle-ground, it’s further evidence of his fealty to NJEA bosses. At worst, it’s negligence. However you rate it, the number of hiring errors committed by Murphy and his aides  is creating the impression that this is a feature, not a bug, of his governorship.

Here’s a partial list: There’s Lizette Delgado-Polanco, chosen to lead the Schools Development Authority at a sweet $225/year, and recently fired for rampant nepotism. Her husband, Enohel Polcanco-Gonzalez,  resigned from his brand-new $95K/year DOE post at the same time; his past experience in education was as a minor league baseball coach.  There’s Delgado’s second-in-command, Al Alvarez, who allegedly sexually assaulted Katie Brennan and, despite Brennan’s pleas, didn’t get fired until the Wall Street Journal broke the story. (As reported by the New Jersey Globe, Alvarez had financial ties with Murphy that go back to 2015.) And there’s Marcellus Jackson, hired as a special assistant in the state Department of Education’s Office of Civic and Social Engagement, who was later deemed unqualified to hold that post because as a Passaic Councilman he went to jail for taking bribes.

I’ve lived in New Jersey for almost 30 years and have seen many administrations come and go. But I’ve never seen anything like this. Is there no due diligence within the Governor’s Office and other agencies? Who is responsible for doing background checks? Is that function insufficiently  staffed? And why the preponderance of screw-ups in education-related appointments?

Murphy needs to get his house in order. Senate President Steve Sweeney is knocking at the door.