“If the Latino Action Network Would Actually Look at My Children’s Classrooms They Would Know They’re Wrong About Segregation”: A Latina Mother Contests A Specious Lawsuit. 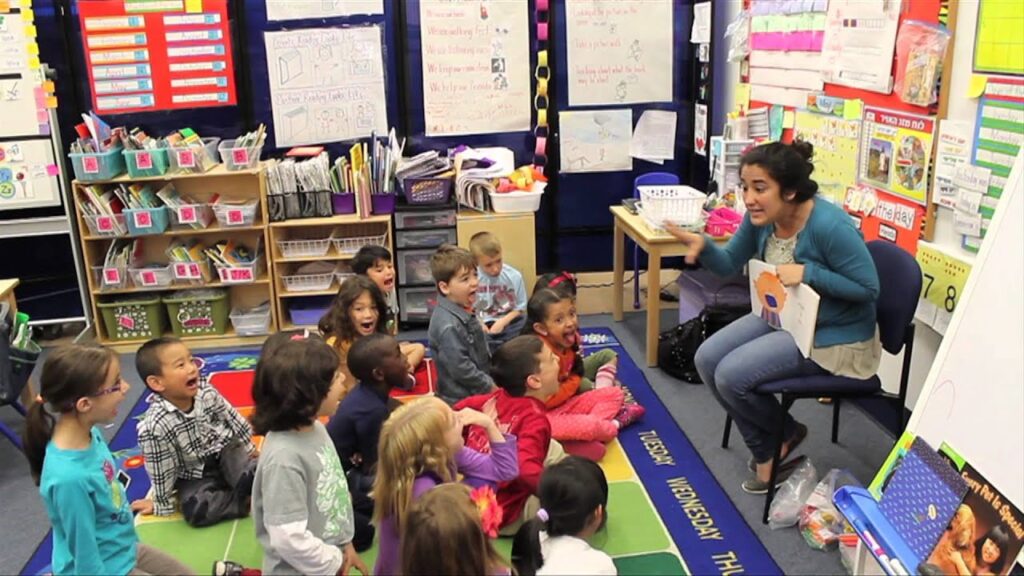 This week I had the pleasure of speaking with Ana Maria De La Roche Araque, one of the three parents interveners in the lawsuit Latino Action Network v. State of New Jersey. (For the charter schools’ response, see here; for my commentary on the lawsuit, see here, here, and here.) Ana joins two other charter school parents, along with the New Jersey Charter School Association and Beloved Community Charter School in Jersey City, in seeking to provide intervention as anti-charter lobbyists seek to halt charter school expansion on the premise that charter schools increase segregation. Ana lives in Edison with her husband and two children, Jacob, age 11  and Juliana, age 5.

Laura: Ana, can you tell me a little about yourself?

Ana: Of course. I grew up in Colombia and came to America 12 years ago. In Colombia I was an attorney but my degree doesn’t allow me to practice in this country. My husband was also born in Colombia but grew up here. He’s a truck driver. We live in Edison, in Middlesex County.

Laura: How did you first find out about charter schools?

Ana:I worked for Mathematica Policy Research on a survey about charter schools. I hadn’t known anything about them before — many people think they are private schools but they’re public and free, just like district schools. I realized the charters were doing good work, especially in Philadelphia and New York City.

Laura: What was your first experience with Edison Public Schools?

Ana: My son Jacob turned 5 in 2014 and so I signed him up for the half-day kindergarten in the district, which is only two and a half hours long. We went to Orientation and I thought the Edison principal was so unpleasant. Jacob’s experience there was horrible. He would cry every day — I’d have to promise him a Happy Meal to even get him to go. The teacher didn’t have any ideas to make him feel more at home. I would cry every night because we don’t have the money to send him to private school.

Before I even signed up for the kindergarten at my district, I searched the internet at www.greatschools.org to see if there were any charter schools within 20 miles. Hatikvah International Academy Charter School came up on my search, which is in East Brunswick. It looked so good but I was sure he wouldn’t get in, that the last thing they’d want is a Latino boy. Anyway I enrolled him on January 2014. He didn’t get picked in the lottery and was on a waiting list. I forgot about it and never told my husband or any family member.

Laura: What happened next?

Ana: Three weeks into the school year, I received an email informing us about an open spot for Jacob! We called and went the next day to visit the school where we were greeted by the staff, who were so nice and polite. The Principal, Dr. Marcia Grayson, stopped what she was doing to give us a tour of the school and explain the vision and mission of Hatikvah — she was so welcoming, nice and warm. While we were there, my husband said to me in Spanish, “how much will it cost? People aren’t this nice for free!” I told him it was free.

Then we went into a classroom and all the children were learning Hebrew. Dr. Grayson told me that Jacob would learn Hebrew and for us that is a plus — we already speak English and Spanish at home and I think it’s wonderful for children to be exposed to different  languages. We decided this was the right place for Jacob. We felt at home.

Laura: How did Jacob react?

Ana: When we got home I told him that everything would be different: He’d have to wake up early and drive with me for a half-hour each way and stay all day and then drive another half-hour home. But he was so happy! He started right away. When the district found out they were very unpleasant. I don’t understand it — this is only one kid and then I learn they get to keep some of the tuition money. I was nervous about Jacob’s first day at Hatikvah but they called me every hour to tell me how well he was doing!

Laura: And now Jacob is in 6th grade and your daughter has just started kindergarten at Hatikvah. How has your experience been there?

Ana: Jacob is doing so well, although we did have some behavior problems in 4th grade — he’s the class clown, just like I was in Colombia — and he’s just started the International Baccalaureate program. You know, he actually knows Hebrew. He can translate anything, although he’s shy when he speaks. My husband took him to one of the warehouses he works at because the dispatcher speaks Hebrew and didn’t believe our son spoke it, so he asked something to Jacob and he answered, and he said your son can speak Hebrew! Now he believed.

I also want to say that we’ve never felt the slightest bit of racism at Hatikvah. At Edison, when I would wait in line with Jacob for kindergarten no one would speak to me. At Hatikvah everyone is so friendly. I drive a very beat-up car and there are parents there who have Teslas but they don’t care. You’d think they’d look down at me but they don’t. I had put my daughter in pre-K in Edison and none of the white and Indian parents would speak with me. It’s so strange.

Laura: Why did you get involved in the lawsuit charging that charter schools increase segregation?

Ana: When Mr. Lee [Harry Lee, President of NJCSA] explained the lawsuit I was very offended. I tell them, my son’s school is like the United Nations! My daughter has two other Colombian kids in her class, plus African-American children, bi-racial children, Indian children, white children, and Asian children. When I go into her class I see so many colors. She got in with sibling preference, which is a blessing, because now more people want to go there than when Jacob started. More Latinos are applying because they are starting to understand that charter schools are public schools and they’re free.

This idea that charter schools increase segregation is completely wrong, a complete misconception. If we stayed in Edison schools my children’s classmates would be mostly South Asian, Pakistani because that’s who lives in Edison. So of course it’s segregated! It’s the make-up of the community. Look, if you’re Colombian you’d probably live in Elizabeth because 90% of people there are Latino, the same with Perth Amboy. The charters aren’t segregating; the communities are segregating! Now, East Brunswick, which is where Hatikvah is, is mostly white. But the charter school is integrated in ways that none of the traditional schools are.

Here’s what I think: The Latino Action Network and all those lawyers should go look at my children’s classrooms! That would show them that they’re wrong about segregation.

Laura: Can you tell me more about that?

Ana: When I first read the lawsuit I thought I misunderstood what the lawyers were arguing. Were they really saying that charters were contributing to segregation? How can they look at my experience with Edison Public Schools and Hatikvah and believe that? Why would they want my Jacob and Juliana to go to a school that is not right for them? If one of my children is struggling, Hatikvah calls me right away. That doesn’t happen at Edison. Look, if a school is failing your kid, you need to have other options, even if you don’t have the luxury of moving somewhere else. Not every school is right for you..

Jacob had a few rough patches because of behavior.  But the school worked with him. I was worried that there was something wrong with him, maybe ADHD, but they tested him and showed me he was fine. He’s well above his grade level in reading and now his behavior is so much better. The staff at Hatikvah took the time to listen to me and take my concerns seriously.

But, believe me, it used to take a village to get that boy to do his homework! I would tell him to sit down to do his work and he would say to me, “why do you want to ruin my life!”

Juliana is so different. She wants to do her homework as soon as she gets home! She’s already reading simple sight words and she loves to color.

Laura: Hatikvah only goes through 8th grade. What are your plans when Jacob finishes there?

Ana: I’m panicking because I don’t know what we’ll do in 9th grade. My stepdaughter went to Edison High but she’s 26 now and that was a long time ago. I hear from other parents about drugs and gangs and violence. There’s another district high school, JP Stevens, but we’d have to move to a wealthier part of the city to be zoned there. I looked at rent, although we own our apartment where we are now, and two-bedrooms near JP Stevens rent for $1,800 a month. We can’t afford that. My best friend in Florida sends her child to Catholic school. If we could get a voucher or some sort of financial aid we might do that.

When I was a child in Colombia my mother did everything she could for my education. Like my mother, I will do everything for my children, like right now I spend two hours a day driving them back and forth to Hatikvah and I volunteer there all the time. This I can do. But we’re not rich. We can’t afford private school and we can’t afford to move to a better district and there are no charter schools in Edison. If I have to get a job — even work at McDonald’s — to pay for part of Jacob’s and Juliana’s tuition, that’s what we’ll do. If that’s the only way to give them a good education, we’ll make that sacrifice. But it shouldn’t be this hard, parents should have the right to choose freely what is a better option for their children’s education without judgment.