Lessons Learned From Camden As All Schools Rise. 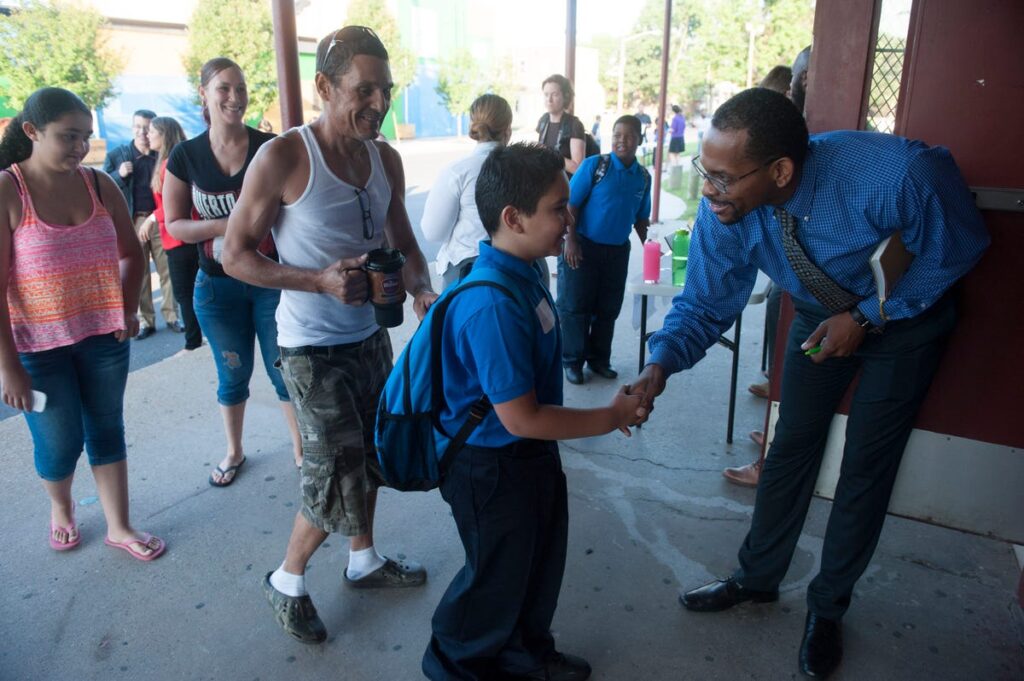 Camden City Public Schools just announced that, for the fourth year in a row, students in both traditional and renaissance schools are improving their academic skills. In 2014-15, based on state standardized tests, 4.3% of students were proficient in math; last Spring 15% met or exceeded expectations. In 2014-15, 7% of students were proficient in English Language Arts (ELA); now 21% are.

Question: How did this turnaround occur in what was once New Jersey’s worst school district?

Answer: Giving parents the autonomy to choose freely among district and renaissance schools, a commitment to greater transparency and higher expectations for student outcomes, and steady leadership from the top,  starting with the Christie Administration’s selection of Paymon Rouhanifard as superintendent when the state took over the district, and continuing now with Rouhanifard’s then-deputy Katrina McCombs.

To get a sense of these accomplishments you have to look at the predicament of Camden families pre-state takeover. In 2011-2012 a total of three students at Camden High School were considered college-ready based on SAT scores. The superintendent at that time was  Bessie LeFra Young, who  was absent for 186 days over 18 months. She was replaced by Reuben Mills and he was replaced by Peggy Nicolosi. Shortly after that, Rouhanifard came on board.

In the summer of 2012 the School Board commissioned a Needs Analysis (sadly no  longer on line): Here are a few highlights and one sample:

Few board members ask to review student achievement data, and those who do are not confident that they know how to use it. There is a perception that other members do not want to see the data, either because they do not understand it or because they are “in denial” about what it says.

In 2013-2014 at Molina Elementary School, 86% of third-graders failed ELA and 89% of fourth-graders failed the state’s (much easier) basic skills test. Most of the other Molina data was suppressed by the DOE because almost everyone failed. That same year the graduation rate at Camden High School was 60%. Newly-appointed superintendent Rouhanifard remarked, “We have remarkable students, but for far too long the system has come up short in providing them with the educational opportunities they deserve.”

What has happened since then? Under the auspices of the Urban Hope Act, three top-quality charter networks — Mastery, KIPP, and Uncommon —  took over failing neighborhood schools: for example, Molina became Mastery Molina Lower Elementary School (adding a bilingual program for the many Latinx students). Currently among Camden’s 15,000 public school students, about 45% attend traditional district schools, 25% attend hybrid district/charter renaissance schools, and 30% attend regular charter schools. The district controls enrollment in traditional and renaissance schools through its Camden Enrollment system. (Parents who choose not to participate are assigned to their neighborhood schools, whether it be traditional or renaissance. For more detail see here.)  If you click on this link you can see school locations, student outcomes, hours of operation, extra-curricular activities, etc.

Here’s a powerpoint that presents the most recent data. A few highlights:

There’s still work to do. If you go to Camden Enrollment you can see student outcomes for each school. At Camden High School (click on “school rating”) only 4% of students are proficient in ELA and 1% are proficient in math. Parents appear to be voting with their feet: Only 412 students are currently enrolled. Maybe they’re at one of the county high schools like Camden County Technical School.

Here’s the lesson from Camden: When a school district puts children’s educational needs first and collaborates with alternative public schools, when a school board is committed enough to ignore union bluster, when families have the autonomy to make their own choices, then all schools rise. As Jersey City Rallies Against Teacher Who Called George Floyd

26 States Apply for Second Round of NCLB Waivers