NJ DOE Watch: How Deep Does the Nepotism Go? A Peek Behind the Curtains At Repollet’s Chief of Staff. 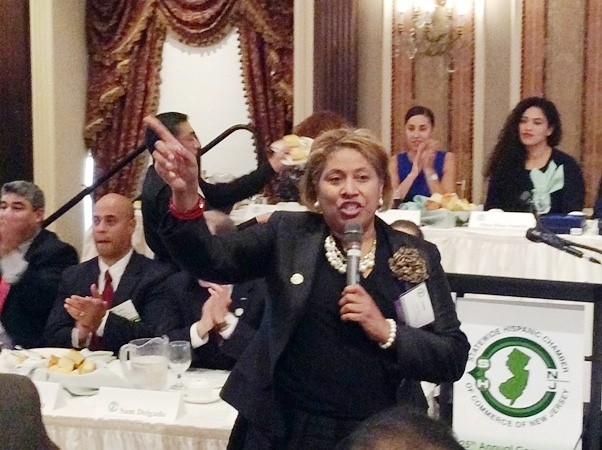 We all know about nepotism at the Schools Development Authority where chief Lizette Delgado-Polanco, appointed by Gov. Murphy, inflated her credentials at an Assembly hearing, fired longtime employees, and hired about three dozen friends, family, many of whom were placed in jobs paying more than $100,000 annually even though they lacked the requisite qualifications.

It’s not quite as bad at the NJ Department of Education, despite insider reports of Commissioner Lamont Repollet’s “book of resumes” and his habit of hiring friends and fraternity brothers that dates back to his superintendency at Asbury Park.

But multiple sources confirm that Repollet’s Chief of Staff Kellie LeDet is exercising her own nepotism muscles. And, as in Repollet’s case, we’re not talking about facilities construction but an institution that is supposed to oversee the effectiveness of our children’s schools. With stakes so high, these brave sources’ concerns warranted a little digging. So here you go:

Turns out that former SDA chief Lizette Delgado-Polanco and Kellie LeDet are old friends. This official report on the SDA scandal notes that “Ms. LeDet and Ms. Delgado-Polanco have a long history as friends, co-workers, and political allies.” In fact, Delgado-Polanco hired Ms. LeDet’s husband Cory as the Deputy Director for the SDA’s Small, Minority, and Women-owned Business Enterprises for an annual salary of $105,000. Before this hire there was no position of “Deputy Director” — the Star-Ledger says the position was created by Delgado-Polanco specifically for Cory. His former experience was as a shop foreman for a car dealership. From the official report: “We did not view Mr. LeDet as being qualified for the position he was hired for and had the position been offered to internal candidates there likely would have been individuals who applied that were more qualified than he was.”

In NJ’s governmental hierarchy, Deputy Directors must have “a bachelor’s degree or equivalent education or experience but a master’s degree is preferred.” Dustin Racioppi  of North Jersey Media, who broke the SDA story, wrote that “[Cory] LeDet does not list any college degree on his résumé.” (Then again, neither does Kellie LeDet.)

Turnabout is fair play. After Cory was hired by Delgado-Polanco,  Kellie LeDet hired her good friend’s husband, Enohel Polcanco-Gonzalez, for a DOE position listed on an OPRA request as “Gov’t Rep 2”(i.e., non-union) in the “Office of Civic and Social Engagement” (not sure what that is)  at an annual salary of $95,000.

What is Polanco-Gonzalez’s educational background? He is a former minor league baseball coach and infielder. (He disappeared from the DOE after his wife was fired.)

Kellie LeDet has a brother, David Brown, Sr., who is a former Executive Director of the Irvington/East Orange Housing Authority.  He was fired after “allegations of mismanagement and possible malfeasance.”  Mr. Brown has a son, David Jr., who is LeDet’s nephew.  Young David is now a  Project Specialist in the DOE’s Office of Innovation. David’s sister Kiera, LeDet’s niece, was hired for an internship at the DOE.

And, in another Neptune connection, Shawanda Beale, previously a Director of Guidance at Neptune  High School, was hired by LeDet for a position in the Office of Student Support. (There may also be a Murphy connection here: In January 2018 our Governor-Elect nominated Beale’s husband Jamal as NJ Adjutant General. General Beale also serves as “commissioner of the New Jersey Department of Military and Veterans Affairs.”)

Look, it’s not uncommon for incoming high-level administrators to bring in a few compadres for positions that are largely ceremonial. But this list seems long, is incomplete (I have other names that I haven’t yet been able to confirm), and involves positions that are operational and essential, positions that affect children and teachers and programs and funding. Last February I wrote,

Commissioner Lamont Repollet keeps a book of resumes that Division heads must use when making hires. There,virtually all managerial employees (directors and above) who have institutional knowledge, proven management skills, and expertise in their fields have been fired or reassigned, replaced by those with little or no experience, including some who are relatives and/or family friends of Repollet and his Chief of Staff, most often in the Communications Divison, but also in the Division of Student Services and the Division of Academics and Performance. There, staffers tell me that they feel like they’re in “Trump’s White House” when describing how “frat bro” relationships supersede equitable dispersal of funding.

At one point does the “old boys’ club” become nepotism? At what point does a pattern of patronage require intervention or demand accountability? After all this isn’t buildings we’re talking about: It’s our children. It’s our school system. It’s our educational integrity. Dear Gov. Murphy: As a Teacher, I Think We’re Reopening