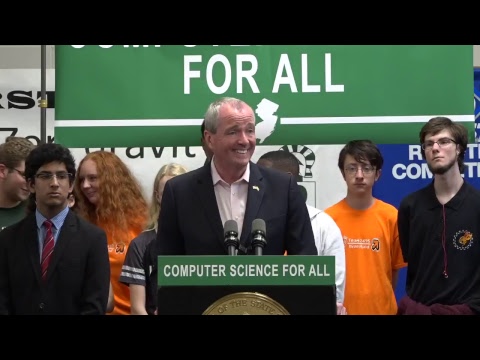 Gov. Phil Murphy just announced a statewide “Computer Science for All” plan that allocates  $2 million in state grants “to help schools establish advanced, high-quality computer science programs.” According to the Governor’s Office, the plan includes five “key goals,” including adopting “rigorous computer science standards” K-12; delivering professional development for teachers; establishing alternative pathways to increase the number of computer science teachers; “leverag[ing] partnerships” with families, educators, and school boards; and “establishing a data-driven decision-making approach” to “ensure the data collected can serve as a basis for establishing the funding in each of the next two fiscal cycles.”

Here’s a funny coincidence: In a state just across the Hudson River there’s another leader named Bill de Blasio  who, just like Murphy, prides himself on his education agenda. Four years ago Hizzoner started a program called — wait for it — “Computer Science for All” to serve New York City’s 1.1 million students, a little less than  NJ’s 1.4 million students. Compared to Murphy’s program, New York City’s is profligate: $8 million a year for 10 years.

And yet even with all that cash it’s basically a bust.

Bronx Borough President Ruben Diaz Jr. said, “The city’s ‘Computer Science for All’ program just does not provide students with enough classroom time in computer science, especially given the importance of this subject to our children’s future learning and earning potential.”

Computer scientist Mike Zamansky, who used to teach at NYC’s elite Stuyvesant High School, said, “Everything is about, let’s drop in a curriculum, let’s get a bazillion teachers trained. Do you want your history teacher to be a mathematician who went through a summer program in history?”

Brenda Strassfeld, the chair of mathematics education at Touro College Graduate School of Education, predicted that NYC’s  lack of any computer science teaching certificate would make the program “fall flat on its face.”

Alina Adams of New York School Talk says, “considering  that this discipline requires high-level math skills just to get started, followed by in-depth theoretical study, it’s safe to say no one is walking out of a NYC public high school ready to take a job as a computer scientist.”

Governor Murphy, this is a teachable moment for you: Vaunting a random program that has already failed in a city led by another white “progressive” dude in order to distract attention from district-wide failings is not a winning strategy. If you really want to make computer science accessible to all, wouldn’t it be wise to focus first on the fact that only 44% of NJ’s fourth-graders are proficient in math according to just-released NAEP scores? Wouldn’t you tell your Education Commissioner that his habit of lowering academic standards to perpetuate the pretense that all our students are successful is counter-productive to your goal, as you said in your press release, of “providing students with the critical thinking skills they need to succeed in today’s global economy”?

But, hey, you and New York City’s Mayor can ride the “progressive” wave to higher office, right? After all, that’s worked out so well for de Blasio.

Maybe it’s time to bone up on your critical thinking skills. 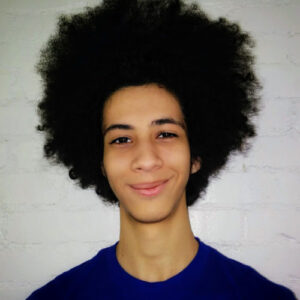 No Retakes, No Extensions: A Student’s Open Letter To Incoming

Give the Dems a Kleenex