This is a guest post by my colleague Chris Stewart, CEO of Education Post. Previously Chris was chief executive of Wayfinder Foundation, the executive director of the African American Leadership Forum (AALF), and an elected member of the Minneapolis Public Schools Board of Education where he was radicalized by witnessing the many systemic inequities that hold our children back.

Recently Education Post held its annual Blogger Summit in Nashville to support our friend Vesia Hawkins, who organized an event promoting literacy in North Nashville, an area with the dubious distinction of having the highest rate of incarcerated Black men and where only 3 out of 10 students read at grade-level. This is Chris’s take, which originally appeared on Education Post’s blog.

Last week I attended a community town hall in Nashville organized by my friend Vesia Hawkins, a relentless and faithful community servant who brought together parents, young people, advocates and successful educators to raise awareness about her community’s literacy crisis.

It was a full house. On a weekday evening. Families were eager to hear about the importance of childhood reading and why we must end the fatal essentialism that condemns the poor, the differently-abled and children of color—especially Black children—to the social exile of unlettered lives.

While there, it hit me that each week I ask you, “how are the children,” but I should also ask how their parents, guardians and defenders are.

This is important because all the talk about “parent engagement” or how parents are a child’s first teacher can feel untrue if you have a kid who needs more than the system is willing to give. Schools work hard to educate children in spite of parents, not because of them. Over the course of 150 years of public school history, parents have been professionalized out of the education equation to the point that many of us feel patronized as marginal actors who should be seen, but not heard, and only activated at the command of school staff we’re supposed to support uncritically even as they fall short for our kids.

In Vesia’s lifelong home of Nashville, it’s like many American cities that boast of wealth and an emerging hipster lifestyle, but where the veneer of a strong economy hides the shame of gross educational failure. Too many kids in her city can’t read and Vesia is determined to be a voice that isn’t about to let you forget.

I met Tremayne Haymer, a father who is starting an advocacy group for Black men to interject themselves into the schools that their children attend, and into the rooms where decisions are made about what type of education they will get in those schools. He gave a rousing and personal pitch for our empowerment as men, for us to get off the sidelines, to stop being bystanders, and he ended with the men in the room standing proudly with fists in the air, publicly committing to being the change we want to see in our communities.

Sonya Thomas, a parent activist who has tussled with school officials over the special education needs of her children, used her time to share the parenting stories that led her to stand up for her children and others similarly miseducated by local public schools. It was a personal story, but common in that she noticed her child was struggling to learn, her school was not helpful and she had to become a detective to find answers (and another school).

Anna Thorsen, a mother, attorney and activist who found out she had unknowingly suffered from dyslexia her entire life (at the same time she found out her young daughter was too!) talked about how the inadequate reading pedagogy she experienced in two generations of schooling had failed them both.

One of the more inspiring parts of the night was the event’s venue. We were hosted by Lagra Newman, the founder and principal of Purpose Preparatory Academy, a successful charter school in a zip code with one of America’s highest rates of incarcerating Black men. Many of the parents attending were from that school and it was obvious that even though it sits in a poorer part of town the expectations for students are high.

Newman said the culture of her school is built on the idea that whatever is going on in a kid’s life, they know when they get to school there is a simple demand: “You gonna learn today!”

If trapping our kids in unworthy schools and blocking them from accessing other educational opportunities is your dream, I’m committed to being your nightmare.

Call us what you will. Attempt to marginalize us into a corner and demean us into submission, but this war won’t end until our children—all of our children—are literate, numerate and free to learn however and wherever we see fit.

If trapping our kids in unworthy schools and blocking them from accessing other educational opportunities is your dream, I’m committed to being your nightmare.

Call us what you will. Attempt to marginalize us into a corner and demean us into submission, but this war won’t end until our children—all of our children—are literate, numerate and free to learn however and wherever we see fit. 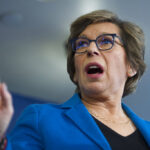 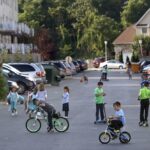 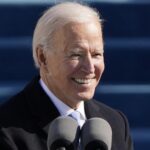 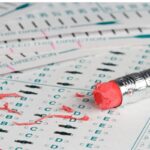 In Camden, Community Members Engage in “Honest Talk” about “Hard

NJEA on Daggett’s Proposal for Tenure: