Your Taxes At Work in Lakewood: Trick or Treat? 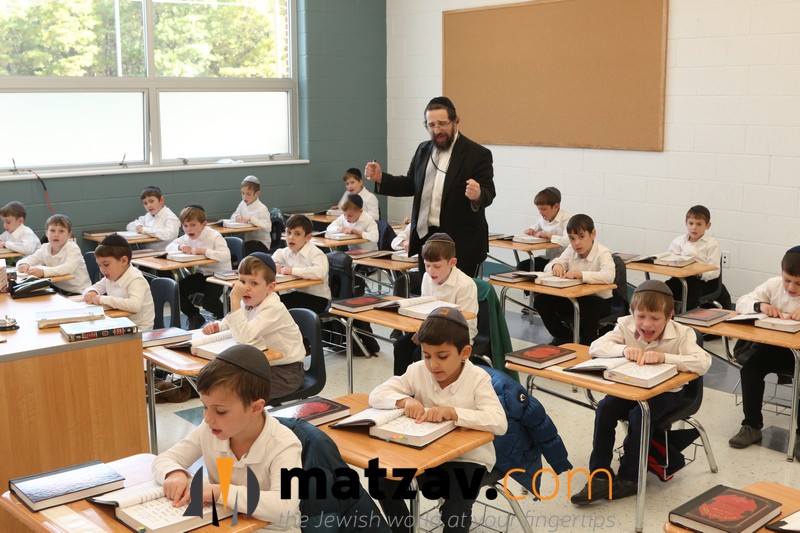 I’ve been neglecting Lakewood and so decided to pop over to the district website and check the most recent School Board meeting agenda. The date said October 31st at 6:30, which I thought was odd: That’s prime Halloween trick-or-treating time. Why would a Board schedule a public meeting — the only opportunity for parents and community members to address their representatives — for a time slot that guarantees almost all public school parents have prior commitments?

Especially when the first item on the agenda is “Responses to Concerns Raised by Parents from September 25, 2019 Board of Education Meeting?”

Then I remembered. This is Lakewood. Like the old Lily Tomlin shtick about the telephone company, the Lakewood School Board doesn’t care. It doesn’t have to.

On the agenda were the usual items: Paying ultra-Orthodox parents (also called Haredi or Charedi) $15,000 a year to drive their child to the School for Children with Hidden Intelligence (SCHI), a private state-sanctioned school for children with disabilities. (Lakewood Public Schools [LPS] pays SCHI, according to this recent Asbury Park Press article, between $22-$24 million a year in tuition. Its founder, Rabbi Osher Eisemann, “was convicted in February of money-laundering and misconduct by a corporate official.”) Other items on the agenda included LPS’s usual placements of Haredi children with disabilities into non-public schools, not just SCHI but also Bais Chinuch L’Bonos Bayis Ruchel, Bnos Brocha,  Cheder Toras Zev, Congregation Bnos Devorah, and Yeshiva Orchos Chaim.

That $142K a kid, by the way, doesn’t include summer programs that the district also pays for.

Then there are the other yeshivas. According to this Board agenda, one school attended by Haredi students eligible for special education is Bais Chinuch L’Bonos Bayis Ruchel (a google search turned up nothing) for $9,042 a month or $90,420 for 10 months (not including transportation or summer programming).

What is the education like at Bais Chinuch L’Bonos Bayis Ruchel? I have no idea; neither do state auditors, who can’t get in. (See here for more on this.) But an article earlier this month in Yeshiva World had a letter by a Haredi rav (rabbi) warning parents that “the government” wants children to learn secular subjects to “prepare the children for the workplace.” Scandalous! (Really: The highest calling for Haredi men is to study Torah all day.) Rav Kessler is “speaking out against introducing secular subjects into the chareidi curriculum in the strongest terms, insisting the state cannot and will not have a hand in deciding what chareidi children will learn.”

A few years back, former Lakewood state fiscal monitor Michael Azzara gave testimony during a tenure hearing. The topic of curricula at the ultra-Orthodox yeshivas came up for children placed there because they are eligible for special education services. Here’s part of the transcript:

Azzara: [W]e met privately with leadership of nonpublic schools on a number of occasions, I  mean, they basically admitted, If we — we provide two and a half hours of actual academics, that’s a lot. And some of our boys schools don’t provide any.

Lawyer: In other words, was it purely a religious instruction?

Azzara: And it concerned me that we were placing – that the children — these were public school kids once they were classified, and I couldn’t understand how children with learning deficits or disabilities could function or progress or catch up in schools that didn’t even really have a curriculum or a substantial academic program.

Over the last few years the State has “loaned” $100 million to LPS because the district spends the bulk of its budget money sending buses and paying tuition to schools that don’t meet the state definition of “school.”  Everyone knows LPS will never pay the loans back. Everyone knows that next year LPS will demand another loan. Some argue that the state funding formula doesn’t work for Lakewood, given the dramatic preponderance of non-public students. That’s true.

But that’s only true when we disregard statutory language that says any “school” must include  “instruction equivalent to that provided in the public schools for children of similar grades.”

No one has the moxie to call LPS on that, or at least no one in a position of power. Certainly not the Latino parents who turn up at School Board meetings (when not scheduled on Halloween) and plead for equity. But until the state demonstrates actual oversight, the Lakewood School Board will continue to cater to its patrons and ignore the needs of the 6,000 students it is supposed to serve. New Assessment Results Prove Our Schools Need to Change, So