The Hidden Agenda Behind The Segregation Lawsuit (Plus a Personal Disclosure) 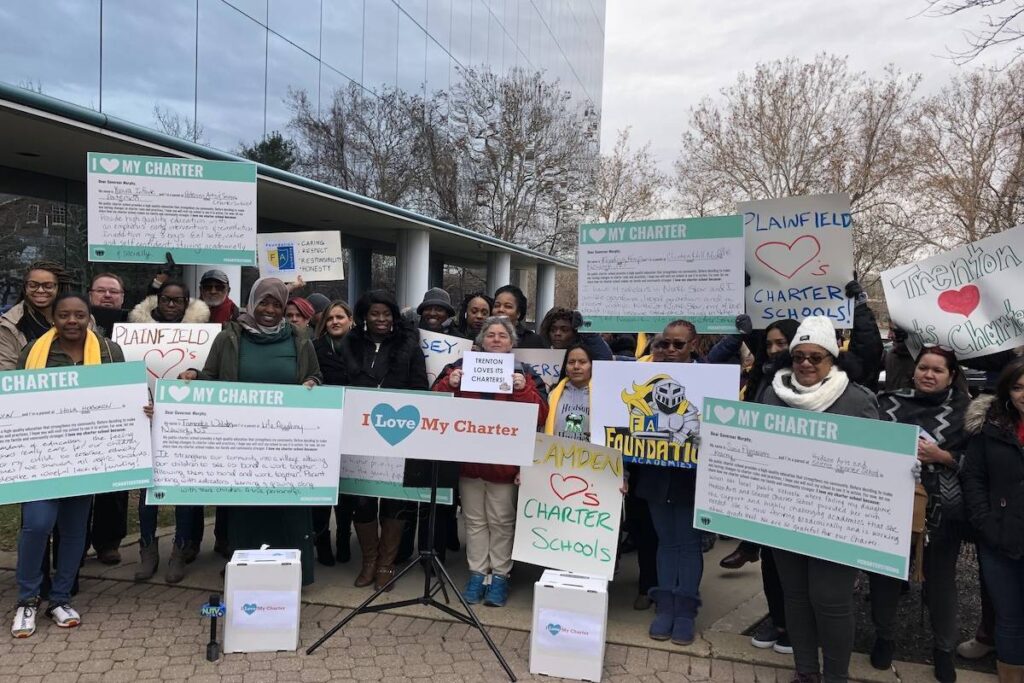 On Friday Superior Court Judge Mary Jacobson made an important ruling in a lawsuit filed against the State of New Jersey by the New Jersey Coalition for Diverse & Inclusive Schools (NJCDIS), the Latino Action Network, and NAACP New Jersey State Conference. The lawsuit charges that New Jersey’s school districts are unacceptably segregated (they are) and proposes several remedies, including district consolidation, expansion of magnet schools, expansion of the state’s program that allows students to enroll in districts outside their municipal boundaries, and restrictions to charter schools, which overwhelming enroll low-income students of color. The State wanted the Judge to dismiss the case. The plaintiffs wanted the Judge to render a summary judgement that the State was liable.

Judge Jacobson did neither. She refused to dismiss the case because the State had not notified all “indispensable parties,” i.e.,  the 588 school districts that could be affected by her ruling. And she turned down the plaintiffs’ request for a summary judgment because the data they proffered was so limited; instead, the parties will continue with discovery. She called the failure of the parties to settle the case “short-sighted.”

To this observer the lack of resolution reveals a different agenda: All parties — including NJEA-funded Education Law Center and anti-choice psuedo-scholars like Julia Sass Rubin and Bruce Baker who also receive NJEA money — know that the proposed “remedies” will never be implemented in a state that worships local control. The endgame is halting charter school expansion, despite parent demand and stunning academic growth of students who win seats in NJ’s superb sector.

NJCDIS, the Latino Action Network, and NAACP know their proposed remedies are half-baked nonsense. The State knows this. The NJ Charter School Association — which successfully filed a motion to intervene this past September (full story here) —  knows this. I’m guessing that Judge Jacobson, always the smartest person in the room, knows this. Yet here  we are once again, spectators to a performance as stylized as a kabuki dance.

First, a few more details about why this exercise is ridiculous. New Jersey has the 6th most segregated schools in the country because district assignment is based on municipal boundaries (which number an absurd 565) and our affordable housing options are horrifically low. In fact, last March Judge Jacobson ruled that wealthy Princeton and West Windsor must build far more affordable housing units than they intended. The only meaningful remedy to intense school segregation is something like county-wide districts which, for example, would allow students in Newark to attend schools in Millburn and students in Trenton to attend schools in Princeton.

If you think this is a proposal that would pass the Legislature I have a bridge I’d like to sell you.

Nonetheless, the plaintiffs offer district consolidation as a remedy, even though Gov. Jon Corzine tried exactly that, creating new positions of Executive County Superintendent and ordering each ECS to create consolidation plans. This resulted in one consolidation of three tiny districts. Why? Because state statute requires each town in a consolidation to have a public vote; if one town votes “no” the consolidation is off.  You want an example of the appetite for consolidation? Avalon Boro Public School has 67 students in grades K-6 with a total annual cost per pupil of $53,890, presumably the lowest hanging fruit on the consolidation tree. Yet Avalon Board of Education president Lynn Schwartz said in response to a question about merging with another district, “I can’t see any incentive whatsoever.”

Okay, consolidation is off the table. How about the next remedy proposed by the plaintiffs: Magnet schools that enroll students throughout the county. Oops. We do that already. In fact, New Jersey’s county magnet schools are more segregated than any other public schools in the state. Bergen Academies, for example, is 86%  percent white and Asian, 6 percent low-income, 0.8% percent special education, and 0 percent English Language Learners. Newark has a magnet called Science Park High School which enrolls a disproportionate number of white students, 6% special education students, and 0% English Language Learners.

One of the plaintiffs’ suggestions is that NJ create great magnet schools in cities like Newark and open up enrollment to students outside district boundaries. So let’s go there: What if (wealthy, white and Asian) Millburn High School students (average SAT scores are 665 in reading and 682 in math) were allowed to attend Newark’s Science High, only 9 miles away (where SAT scores are 100 points lower)? Oh yeah, I can see Millburn parents going for that. Totally plausible.

And, really, we’re going to give seats in high-performing schools in Newark to non-Newark students? (Better idea: Allow Newark students to attend Millburn High School. Let’s ask the Millburn Board of Education how it feels about that.)

Next the plaintiffs propose an expansion of the Interdistrict Public School Choice Program. Actually, that’s a great idea; this program permits districts with empty seats to enroll students outside district boundaries. The state pays $10K a head and that’s why the program has been in suspended animation for the last five years — the State can’t afford the cost, despite the program’s popularity. Maybe the plaintiffs will write a check.

Easy fix, affecting less than 4% of public school students in the state. The plaintiffs claim victory, the State breathes a sigh of relief, the Department of Education’s “Charter School Act Review” goes in the shredder (if it even exists), and Phil Murphy checks off another promise to NJEA.

The only losers are low-income families of color who depend on charter schools for alternatives to their low-performing districts.

It’s unclear where this will end, except that surely everyone in that courtroom knows that  our schools are not segregated because of charter schools but because of housing patterns. That’s the fix, not the erasure of the highest-performing schools in Newark and Camden.

Disclosure: I have a personal story about Judge Jacobson, although I’m certain she doesn’t remember. When our son Jonah turned 18 we needed to go through the process of obtaining legal guardianship. On the assigned day we convened in a courtroom in Trenton for the hearing, Judge Jacobson presiding. There we answered questions about our son’s cognitive deficits and incapacity to ever live independently.

This was hard. Judge Jacobson was mostly silent until, towards the end of the proceedings, she turned to me and said, “Mrs. Waters, would you tell me about Jonah?” I teared up and told her about Jonah’s sense of humor, his empathy, his musicality, his basic goodness.

I felt like I’d been given a gift because, after all those heart-stomping questions about his deficits, she recognized our son’s humanity. I’ve never forgotten that. She could have ushered us out and gotten on with what I’m sure was a busy day. Instead she used her valuable time to acknowledge a tearful mom.

The plaintiffs in this case don’t care about the humanity of students in Newark and Camden and Trenton who lack not brainpower but access to high-quality schools —  unless they’re some of the lucky few enrolled in charter schools. In fact, the lawsuit makes no mention of student proficiency or growth because the plaintiffs only care about satisfying NJEA patrons by winning a case that will deprive low-income families of public school choice.

Can we, for once, do what’s best for children?

When Local Control Runs Amok: A Case Study of Lakewood,

“Culture of Fear” in Lakewood Cheats Children of Color