Newark Superintendent Wants to Build That Wall. Will The DOE Stop Him? 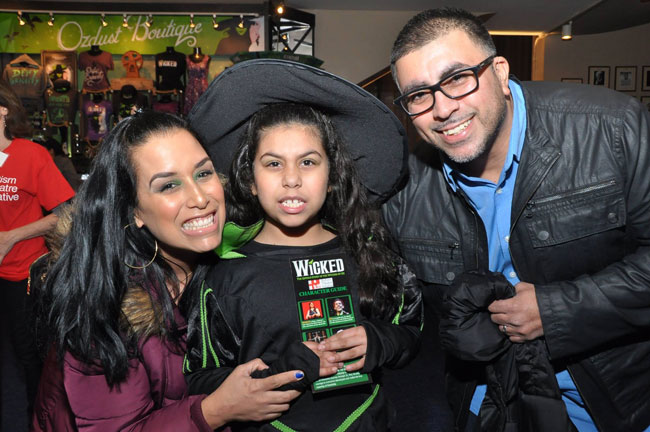 Newark may have problems but one of them isn’t the production of drama. Recent example: Superintendent Roger Leon declared last month, ““I believe families should make decisions where their child should go [to school] and I don’t think anyone should change that.” Then last week  he took the unprecedented step of writing a (boiler-plate, error-ridden) letter to the New Jersey Department of Education demanding that four Newark charter schools be shut down. From all accounts, Leon appears determined to erect a wall between  public traditional schools and public charter schools despite a burgeoning collaboration that has led to better academic outcomes for all Newark students as well as a community where over half of parents choose charters as their first choice and 63% of those surveyed see public charter schools as an important part of the city’s public school landscape.

This makes me think of my son’s excursion yesterday to see the Broadway show “Wicked.” This outing might seem humdrum if you didn’t know that our boy has multiple disabilities and not that long ago the prospect of him sitting through a 3-hour show in the 2,000-seat Gershwin Theater was, at best, aspirational. But there he was, along with his dad, his sister, his best pal, and his BFF’s  mom, all because an organization called TDF magically talks  popular, pricey shows into devoting  a matinee to children and adults with “autism spectrum disorders or other sensitivity issues.” An hour before the typical mob scene in Times Square, my son and his friend were welcomed by a group of TDF volunteers armed with big smiles and  fidget toys. During the performance, lights stayed on, microphone volume was reduced, and dancing in the aisle was welcome. When a cast member asked a scripted question to another actor and a few audience members shouted out responses, everyone grinned. For the final curtain, the cast came out waving –you guessed it– fidget toys.

In other words, TDF has built a bridge between traditionally-disenfranchised people and the segregative nature of  NYC theater based on its philosophy that these opportunities should be available to those who may not behave in typical or predictable ways. That tenet echoes the 1975 passage of the Individuals with Disabilities Act, which required all states to make public education available to children with special needs. Public charter schools are catching up –in some places acting as pioneers —in developing  programs for students with disabilities. In fact, according to a recent report from  the National Center for Special Education in Charter Schools (NCSECS),  “12.84% of traditional school students have disabilities while 10.79% of charter school students have disabilities.” ( (See here for a guest post from Mark Rynone, head of the NJ chapter; see here for my take on NCSECS’s  report.)

There was a time when my son was walled off from seeing a show like “Wicked” on Broadway but TDF  built a bridge. There was a time when parents of special needs students — especially in low-income red-lined districts like Newark — were walled off from, as Paul O’Neill, NCSECS co-founder and senior fellow, writes in Friday’s Star-Ledger op-ed,, “the same sorts of school choice opportunities for their kids with disabilities [that] are available to other children.”

This has been changing, especially in Newark. But now Leon is trying to reverse that progress. O’Neill writes,

One recent example of unnecessary friction between districts and charter schools is playing out in Newark, a city that has struggled for generations with low student achievement. A thriving charter sector that serves roughly a third of the 55,000 students there is now a crucial part of an upswing in scores and parent satisfaction. Opportunities for synergies abound. Many of the charter schools even take part in a common enrollment system called “Newark Enrolls,” which allows students and their families to access a range of schooling options through a single, unified enrollment process that, among other benefits, prioritizes options for students with disabilities.

O’Neill then references the wall Leon is intent on constructing:

The grievances [Leon] vents in his letter largely repeat the same sort of anti-charter rhetoric that has fueled similar battles nationwide since the first charters opened their doors in Minnesota more than 25 years ago: We don’t want you. We don’t need you. Go away.

Word on the street is that the DOE will issue its verdict today on the ability of parents of 2,000 Newark students who attend those four charters to exercise “the same sorts of school choice opportunities for their kids with disabilities [that] are available to other children.”

What say you, Superintendent Leon and Commissioner Repollet? Are you wall-builders or bridge-builders?

(N.B.: The grievances Leon cites [see the bottom of this article for the letter he wrote to the DOE; see response from Kyle Rosenkrans of the NJ Children’s Foundation and see here for my take] are bathed in falsehoods. Relevant example: Leon compares the test scores of one of the charters he wants removed, People’s Prep, with the district school co-located in the same building, Bard Early College. People’s Prep accepts all students based on that district-controlled universal enrollment system and 23% of students have disabilities. Bard is an admissions-based magnet school and about 5% of its students have disabilities.)