School Officials File Police Report on Kindergartner with Down Syndrome. 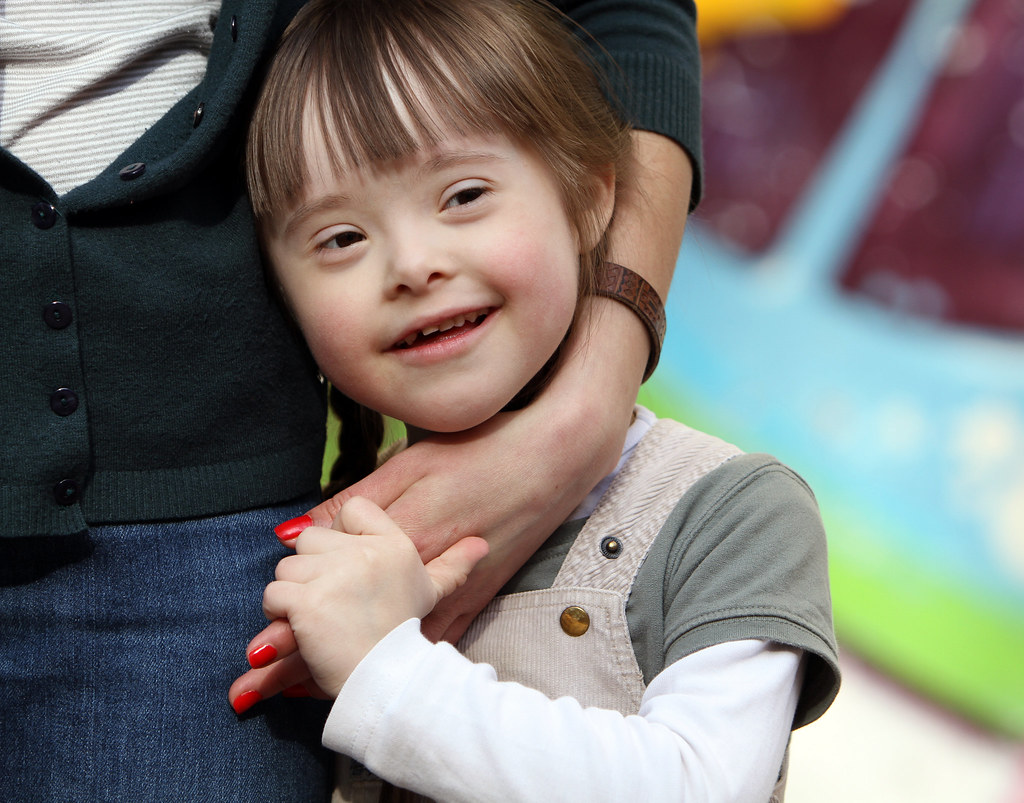 This post was originally published on Project Forever Free by its chief editor, my pal Erika Sanzi. Erika also blogs at Good School Hunting. She is a former educator and school board member and the mother of three school aged sons who currently attend a district school, a charter school, and a private school.

We have all heard of school districts where discretion and common sense seem non-existent and poorly drafted policies end up being used to defend the absurd and the indefensible. The Tredyffrin/Easttown (T/E) school district in Chester County, Pennsylvania is one recent example of this troubling phenomenon.

Maggie Gaines is a mother who recently spoke at a school board meeting on January 21st to share what happened to her daughter, who has Down Syndrome, when a policy on threat assessment was implemented by adults who chose to hide behind a poorly written policy instead of stand up for the dignity of a 6-year-old child. Gaines’ testimony is below.

My name is Maggie Gaines. I’m here with my husband Mark and our six-year old daughter Margot. We live in Wayne. I am speaking tonight to make the School board aware of how its “threat assessment” policy is being implemented in the elementary schools of T/E to the detriment of students.

Our daughter Margot is a kindergartener at Valley Forge Elementary School. And she now has a record with the Tredyffrin police department, because the district alleged she had made a threat to her teacher.

On November 19, Margot, who has Down syndrome and often struggles transitioning between activities, was asked by her teacher to do something she did not want to do. At one point in her refusal she pointed her finger at her teacher and said, “I shoot you.” I imagine the utterance was not unlike the instances when I’ve told her it’s time for bed and she says, “I hate bed. I hate mommy.”

As most parents can attest, I have learned not to take offense. For I know that a short time later she is usually cuddled up to me, while we read bedtime stories and exchange kisses and cuddles before saying good-night. At any rate, the teacher claimed this response was a “threat” and brought Margot to the principal, who talked to my daughter and quickly determined that she neither understood what she was saying nor meant any harm to her teacher or any of her classmates.

The principal then followed district policy and convened a “threat assessment” team. The threat assessment team met and determined Margot had made a “transient” threat, which is simply an expression of anger or frustration with no intent to harm anyone. The threat assessment team recommended no disciplinary action. Also, there was no recommendation from the principal, Margot’s teachers nor any other members of Margot’s IEP team to address the “problem” behavior in her IEP since it appeared to be an “isolated” event.

I think most people would agree that this is where the issue should have ended. And yet it did not.

Hours after the threat assessment team met, the principal informed me by phone that the school was still required under the district’s policy to call the police regarding the incident. I disagreed and argued it was absurd to involve the police for an episode involving a kindergartner who pointed her finger, not in malice, but in protest to a request to change classrooms. The principal agreed to discuss the issue further with me the next day.

After reviewing Policy 5401, my husband and I did not see anywhere in the text that required the school to call the police for a transient threat. That evening I sent an email recapping my concerns regarding the policy to Becky Wills, the principal, Ellen Turk, the district safety officer, Chris Groppe director of individualized student services, and Mark Cataldi, director of Assessment and Accountability.

More than 24-hours after the incident occurred, I received another phone call from Becky Wills and Ellen Turk, who told me they had conferred with the district’s administration and concluded the policy required them to “consult with law enforcement.” Ellen Turk admitted during our discussion that the purpose of the so-called “consultation” with police was not applicable in Margot’s case. But she said that because this was the district’s policy, she had to follow it without exception for every student, in every situation. There was no room for anyone in the district to use common sense to interpret the policy any differently.

My husband, Mark, and I insisted on being on the phone when the call was made to the Tredyffrin Police Dept. The information that was relayed was the same as what would be given to law enforcement when filing a police report. They recorded my daughter’s name, birthdate, and address. They asked for the names and birthdates of myself and my husband. And they took details of what had happened. When I asked Officer Garns, who took the call, if he viewed this as a consultation. He answered “no.” He said he was merely recording what had happened. I also asked how long the information would be held by the Tredyffrin police department. He said it was entered into the department’s database and would not be deleted or expunged after any reasonable time period. I asked who could access this information, and he said it was publicly available.

I am well aware that we live in a time when parents are concerned for their children’s safety in school. When I think of incidents at Parkland High School or Sandy Hook Elementary School, I too am haunted and disgusted. But I also think our society and our schools across the country have overreacted with respect to perceived threats, resulting in even finger guns wielded by kindergartners being viewed as cause to alert authorities. In fact, Dr. Dewey Cornell, Professor of Education at the University of Virginia, who developed the threat assessment program that the T/E district policy is modeled after said as much in a webinar last month discussing best practices for threat assessment. Not only does he point out that statistically schools are far safer than other public places, such as restaurants, where people are 10 times more likely to be victims of a homicide, he also warns of the damaging and costly mistake schools make in “overreacting” to perceived threats.

Even though T/E has adopted a “threat assessment” model that is supposed to minimize such over reactions as the one involving my kindergartner, the reality is that the way the policy is implemented is no different than the zero-tolerance policies that experts say are ineffective and inappropriate, especially for elementary school students. In other words, regardless of the severity of the threat and regardless of the disciplinary action taken or not taken, T/E escalates its response to police for each and every incident regardless of how minor it may be and regardless of how young the student may be. The result is that a police record is generated and archived for each and every instance. I find this application of the threat assessment policy to be out of line with its intended purpose, which is to identify and help troubled students who may harm others in the future and to prevent that from happening.

I do not believe the school board intended for our schools to create police records for kindergartners, engaging in developmentally appropriate, non-violent behavior, because they feel educators and administrators in our schools are not equipped to determine if a six year old pointing a finger at them is really a threat. As far as I am aware, no one in the history of mankind has ever been killed or hurt in this way. Escalating such incidents is not only a waste of school resources, but it also documents for local law enforcement, even the most minor infractions of childhood. I cannot emphasize enough how inappropriate this practice is for the children of this district. My daughter is but one example of how this policy has gone awry. Because the school staff and administration chose to blindly follow this policy, an incident that resulted in no disciplinary action nor any change to her IEP is part of her permanent school record. What’s more, her personal information has also been recorded at our local police department, where it is noted, without any context to the situation or her disability, that she “threatened” her teacher. How or if this information will be used against her in the future, I can’t say for certain.

We will not allow our daughter to be part of these statistics. What is also troubling to us is how the T/E staff and administration chose to interpret the policy in the strictest possible way without any consideration for the fact that Margot is a kindergarten student and that she is also a student with a disability. The district staff and administration, including Becky Wills, Chris Groppe, Ellen Turk, and Mark Cataldi had more than 24-hours to consider and discuss our concerns and yet they chose to involve the police for a kindergartner making a threat with a finger. My husband and I are here tonight to ask the committee to clarify Policy 5401, which deals with threat assessment, to ensure there is an appropriate response to perceived threats so that school officials are not over-reporting minor disciplinary issues to law enforcement. We also ask that the board explicitly spell-out in a decision tree, as is recommended by the University of Virginia’s framework, how administrators and staff are expected to respond and assess “threatening” comments and situations. And we ask that the policy require school officials to consider the age and developmental appropriateness of any action they take or record, as well as a student’s disability, rather than blindly following a policy that, I believe, even they know, goes too far.

QOD: Shavar Jeffries Explains It All