Is Newark Superintendent Leon Taking His Cues From Teacher Union President Who Approves of Blackface and Demeans Students on Facebook? 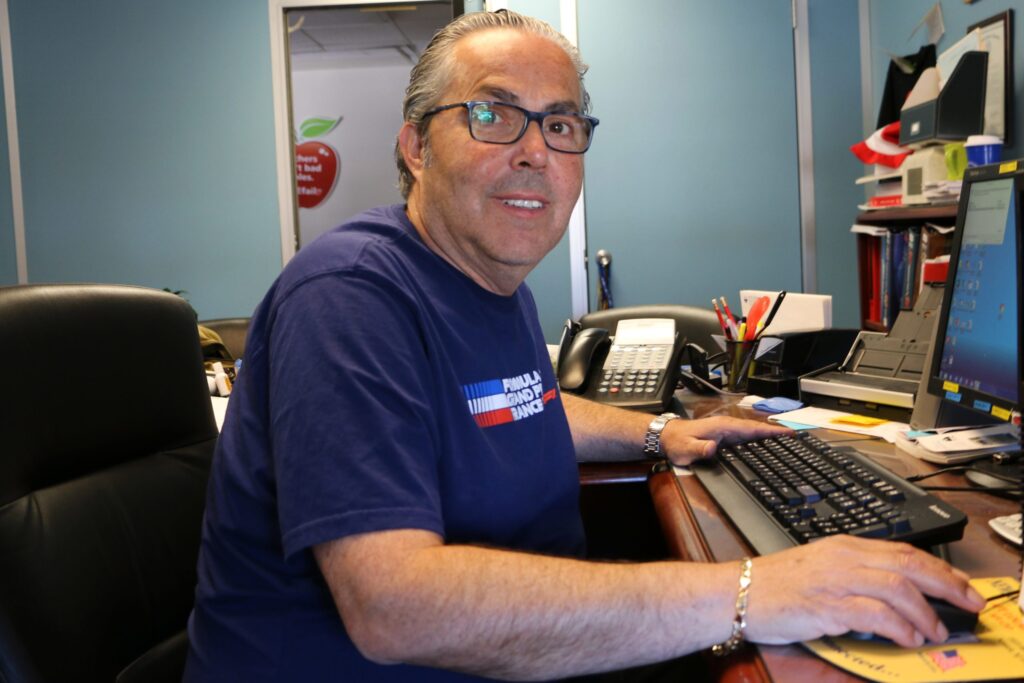 Last Tuesday a group of players on the junior varsity basketball team at Newark’s Malcolm Shabazz High School instigated a “violent attack” on their coach, punching and kicking until officials intervened.

Newark Teachers Union President John Abeigon responded with a long racist harangue on Facebook (since deleted but no worries: I saved it) that garnered 83 “thumbs up” emojis, 37 “love” emojis, and 157 shares. The rant is worth a look because it opens a window into the soul of this “leader” who approves of teachers who dress in blackface and whom Newark Superintendent Roger Leon has chosen to imitate as he pivots from charter school advocate to charter school hater, cancelling the voices of Newark families. (See here for backstory.),

In the Facebook screed (see the full thing at the bottom of this post) Abeigon, who is white, tells readers, “excuse me but I’m finna code switch between Standard Written English and Newark real…we family.” Then he attacks the district for not adequately disciplining students at Shabazz High School, even though all the students involved in the attack were suspended.  For those unfamiliar with Shabazz,  91% of students are black and 8% are Latino. Here are a few samples from Abeigon’s post:

Charming, right? Here is the most powerful teacher leader in New Jersey’s largest school district attempting to cancel the needs of  black and brown students at a school where 11% of students are proficient in reading and so few are proficient in math that the Department of Education deletes the data, where 66% of students are chronically absent and 17.6% get out-of-school suspensions, where after receiving a diploma only 27% enroll in any post-secondary program.

I wonder how Superintendent Roger Leon will respond. It’s still early days. Will Abeigon get written up for speaking of the vast majority of Newark students in such demeaning ways? Will he lose his increment (the annual raise that moves teachers up a step on the salary guide each year)?  Will Leon require Abeigon to apologize to the students and parents he slanders?

Not likely. It appears that  Leon now sees Abeigon as a role model of decorum and professionalism. I have no other explanation for how Leon went from a student-centric charter supporter to a charter-hater unless he’s more interested in pacifying Abeigon than listening to what Newark families want. (Currently there are 12,000 students on Newark charter wait lists.)

When Leon was first appointed as superintendent, Abeigon told a reporter, “Anyone associated with education reform or the corporate-charter school agenda needs to be identified, isolated, and let go. I would push Roger that anyone in the administrative sector who was hired by Cami [Anderson] or [Chris] Cerf be terminated immediately.” Leon appeared unmoved, writing  in a letter recently that “the  city’s charter school system has certainly played a pivotal, leading role in this effort” to improve outcomes to all students.

But Abeigon kept up his campaign. Here’s his comment to another reporter on Newark’s charter sector, which is one of the best in the nation and  widely favored by families:

There’s always a relationship between humans and parasites. There are good parasites that are good for the body and are healthy for nature and that’s why they exist. There are other parasites with which we can never coexist. Corporate charter schools is [sic] one of those parasites,” said Abeigon. “We did fine without them. We will continue to do – and will probably do better – once they’re gone. And the state taxpayers will thank us for it.

And then two weeks ago Leon demanded (without any record of school board approval) that DOE Commissioner Lamont Repollet “deny any and all requests for new charter schools and charter renewals unless the applicant shows that it would serve a specific educational need.”

It’s not enough that Leon agreed to a sweetheart contract for Newark teachers which awards salary increases above the state average and eliminates performance bonuses for the best teachers. (From Abeigon’s FAQ sheet for teachers on the contract: “Are there still bonuses for being rated highly effective? No. All vestiges of corporate reform have been removed, including Renew Schools, Performance Pay, and Automatic Withholdings for Ineffective or Partially Effective Evaluations.”) Now Leon’s adopted Abeigon’s hateful anti-charter stance, voices of Newark families be damned.

Abeigon and Leon are acting in tandem, cancelling the voices of Newark students and their families. I don’t know how this ends. But when the representative for Newark educators compares Shabazz students to disruptive animals, predicts incarceration, and insults their parents, something is really wrong. Calling this behavior “cancel culture” is inadequate.

Four students expelled from Malcolm X Shabazz High School—Excuse me but I’m finna code switch between professional Standard American English and Newark real. I’m upset that a faculty member was assaulted and I’m satisfied, momentarily, with the outcome. My dissatisfaction is born from my deep rooted love for this city and its children, not just my allegiance to my teacher union members. And I hope some of what I say here sparks a citywide debate—we family.

1. This district has a Discipline Policy. Use it with a zero tolerance for infractions.  Children require a proper measure of discipline. Any adult who argues this is most likely the victim of never having received any themselves. A mom may say that no one disciplines her child but her, a parent would never say something like that. Children need to be introduced to consequences early, by every adult available.  We train puppies for God’s sake.

Stop using the race card to scare administrators into ignoring the Discipline Policy and excusing inexcusable behavior.  I once had a Principal at Central High School lecture me that I suspended or referred too many black students. She told me this in front of a classroom full of African-American and Haitian students, in a school full of African-American and Haitian students, who winked at me and looked at her as though she were blind, crazy, or both.

2. Stop referring to young black students, particularly young boys, as “babies” beyond the 1st Grade.  You are doing them a disservice that may someday cost them their lives. You pamper, and coddle them all their lives and then when they get to high school they expect to have everything laid out for them. Instructional expectations are perceived as disrespectful threats, rules and consequences are nothing more than a joke.

Tell a teacher two sizes smaller than you to suck your you-know-what and nothing happens, except the teacher gets interrogated for not keeping you engaged. Try that as an adult at Doremus Ave lock-up and see what happens. Think you all that?  Inmate’ll kill you over a strawberry wafer.

Teachers are evaluated all day by administrators who do nothing about young adults and intruders, I feign [sic] to call them students, roaming the halls, disrupting the school’s climate and culture.  That’s like criticizing auntie over dinner while failing to acknowledge the house was on fire while she was preparing it. Wonder why we can’t keep teachers. Why we can’t have nice things. Why the Newark Conservancy stopped planting gardens in our vacant lots.

3. Start holding the village responsible. The last place we want to see these kids is on the street. The street will eat them up.  It takes a village, so bring the entire weight of that village to bear upon these children and young adults. There should have been a flood of community based, faith based, instruction based city, county & state funded organizations at Malcolm X Shabazz this morning.  There were cops and newsmen.

4. Lastly, start providing mandatory parent training, these kids need parents. The hospital won’t release a newborn without a car seat, but they will release it to a parent however ill-prepared they are to raise one. Simply having a child doesn’t make you a parent. It may make you a mom or a dad, but unless you are capable of bringing up and caring for that child you are not a parent. Again, I refer to the millions of dollars worth of services available to struggling young mothers. Every high school in this city has a Main Office counter full of flyers and brochures from Planned Parenthood, etc. Our prisons are full of young men who all sing the same tune, “I wish I had had a father growing up”, “why didn’t anyone ever straighten me out when I was younger”.

There are resources out there, ask your minister, ask your school, ask your local city council member. They’re out there.

I didn’t know a single white child of privilege growing up, I didn’t know any real poor black folks growing up either.  At least if we was [sic] poor we didn’t know it. And we sure enuf were never allowed to use that as an excuse for our behavior.  We were all basically in the same boat. Working parents, making ends meet. Every adult on our block was a parent or grandparent and had the authority to straighten us out if we were messing up. Dare to look at a child doing wrong cross-eyed today and watch what happens.

Some (Muted) Applause for the NCLB/ESEA Rewrite FRANKEL: Phil Murphy’s Fear of Owning What He Says Makes

One of Those Jersey Lake Wobegons