Four Corrections to an Anti-Choice Op-Ed By the Head of the Newark NAACP. 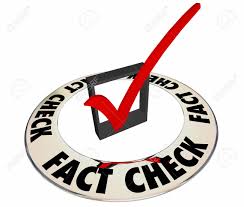 Yesterday the Star-Ledger ran an op-ed by Deborah Smith Gregory, the president of Newark NAACP and chairperson of Alliance for Newark Public Schools, entitled, “Let’s pause the charter school experiment in Newark.”  As a public service, here are four corrections to this error-ridden attack on the public schools most popular with Black parents in Newark and across the country.

Does it seem strange that the venerable and virtuous NAACP would fight against the interests of Black parents? Not if you know a bit about how the NAACP funds its operations. Its biggest donors are corporations like Wells Fargo and  Bank of America, which were successfully sued by the federal Justice Department during the Obama Administration for steering minorities into subprime loans. Another big donor, FedEx, agreed in 2012 to pay a $3 million dollar settlement over accusations that they discriminated against job applicants on the basis of race and gender. The NAACP has also taken money from LA Clippers owner Donald Sterling — they even honored him with a banquet — after he was banned for life from the NBA after his racist remarks were leaked to the press. And I don’t know how much cash NAACP gets from teacher unions, determined to fight charters to protect market share.

Enough on the unprincipled decisions by NAACP fundraisers. Let’s move on to the inaccuracies in the op-ed.

Number 1: Gregory writes, “The Newark NAACP supports Newark Superintendent Roger León who has requested closure of four low performing charter schools and a halt to the expansion of charters in Newark based on the tremendous strain on the district’s budget and their failure to serve a greater cross section of the city’s children.”

First, of the four schools targeted for closure by León, only one was low-performing and Education Commissioner Lamont Repollet, no charter fan himself, declined to close the other three. Second, Newark Public School District is under no fiscal strain: In fact, it has more money than it needs.

The Newark school district should not use charter schools as a convenient scapegoat for their fiscal challenges. The simple fact is that the district’s enrollment has been largely flat or down, yet per state aid summary data, the district’s annual state aid has steadily increased by almost $100M. The district’s own budget summaries report that even after a decade of charter growth, it is has run multi-million dollar budget surpluses due to “aggressive budget management.” So much so that the [State Department of Education], in a letter just last month, rejected most of the district’s request for emergency aid on the grounds that the district was running a surplus. In addition, a local tax increase for the schools will add millions more to the district’s budget each year.

Here’s a chart of the state aid to Newark over the last seven years. As you can see, while enrollment is slightly down, state aid continues to increase:

Number 2: Gregory claims that charter schools get “extensive renovations by investors” which “divide buildings into two cities. One part of the building with the newest resources and the other side deprived of some of the basics.” She refers to “questionable fiscal proceedings about how charter schools acquire buildings.”

Oh, she must be referring to the $130 million taxpayers spent on the newly-reconstructed Camden High School or the $155 million spent on Trenton High School, which boasts a 6-lane swimming pool, an auto shop, a huge auditorium with balcony seating, a dance studio, and multiple gymnasiums.

But those are traditional schools. In New Jersey, charters are facility orphans.

In fact, one of the biggest flaws of NJ’s charter school law is that charters get no facilities aid.  Since, by state law,  charter schools are barred from using public funds for new facilities, they have to rely on complicated real estate transactions that involve federal tax subsidies.

Charlottee Tullo, the grandmother of three children who attend Foundation Academy Charter School in Trenton, told a reporter, “My children need to feel they are safe, too. They need not to have a roof leaking on their head when they are trying to focus on learning.”

Or, as Harry Lee, executive director of the New Jersey Charter School Association explains, “it is really important that the court look to funding all the public schools, not just district schools. Just because a family decided on a charter or renaissance school, it doesn’t mean that their safety and security go away.”

Or maybe Gregory should listen to the majority of Newark residents — supposedly her constituency — who believe that charter schools should have access to under-used district facilities.

First off, let’s remember that Newark charters participate in the district-run universal enrollment system and the assignment algorithm was adjusted to ensure all schools – whether district or charter – serve a more equitable proportion of low-income and special education students. While Newark charters serve fewer students with special needs, that gap is decreasing. Here’s the latest data:

Oh, the English language learner thing? Newark charters cluster in wards that are overwhelmingly black and those children are not English Language Learners. You’d think someone from the Newark NAACP would know that.

Number 4: Gregory cites as her sole authority Professor Bruce Baker of Rutgers, who calls charter schools “parasites” and says “they operate primarily in competition, not cooperation with their host.” Ah, Professor Baker, the charter-hater captured on camera offering to write an anti-charter “analysis” for $30,000, who coordinates with Education Law Center (which just filed suit challenging the already-approved expansion of seven wildly popular Newark charter schools) and gets lots of money from NJEA. But Gregory just goes with it: Newark charters are “killing equity, promoting segregation and eating our most vulnerable children.”

Wow. Sounds brutal. Exceept it’s not true. Newark is considered a national leader in collaboration as charter schools share their best practices with the district in literacy instruction and college placement. And the impact of Newark charter schools on segregation, according to a new study, is “statistically indistinguishable from zero.”

Here’s the thing: Deborah Smith Gregory —much like the NAACP –is not listening to the families she’s supposed to represent. If she did, she’d support more charter schools in Newark, not fewer. Why? Because  63% of Newark voters see public charter schools as an important part of the city’s public school landscape and  87% of Newark voters believe parents should be able to choose the best public school for their children in the same enrollment system, including public charter schools. If she did, she’d note that nationwide, according to this recent poll, while only 26% of white Democrats view charters favorably, 58% of black Democrats and 52% of Hispanic Democrats are charter school fans.

But the NAACP and Deborah Smith Gregory appears to care more about Wells Fargo and the Bank of America more than they do the constituency they pretend to represent. Witness the criticism from black educational leaders:

David Hardy: “The NAACP’s campaign against charter schools is detrimental and disrespectful to all parents who struggle to ensure a quality education for their children.”

Derrell Bradford: “In this instance — where some of America’s best public schools educating some of America’s blackest and most disadvantaged kids are concerned — the NAACP’s duplicitous engagement of black folks on the issue of charter schools is the worst kind of betrayal.”

Sharif El-Mekki:  “To spend this much time on 7 percent of the schools in the country, while ignoring the historical and present black experience in the other 93 percent of schools should be beneath the NAACP. But unfortunately, it isn’t.”

Chris Stewart: “The NAACP has become an unwitting tool of teachers unions, which have contributed significantly to the NAACP over the years and are threatened by the growth and success of non-unionized charter schools. In doing so, the NAACP has sold out its members and its community, which strongly favors school choice...Too bad for America’s Black children that the NAACP lost its way.”

“Lost its way” doesn’t come close. The Newark NAACP and Deborah Smith Gregory can’t even find a map. If they really cared about public education in NJ’s largest school district, they’d ask Newark residents to redirect them to a route that trusts parents to make the best educational choices for their children.

So a Reporter says to Christie, “Will You Meet with