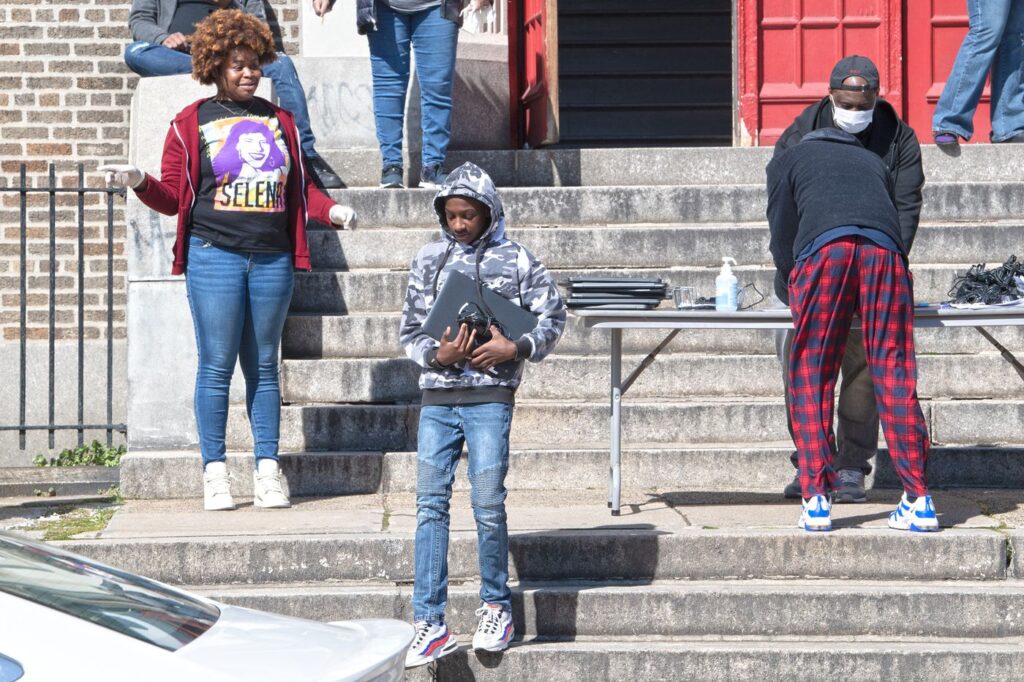 Joicki Floyd is an English teacher at Newark’s Weequahic High School which, like the rest of New Jersey, is relying on remote instruction during coronavirus school closures. Last week she called every one of her 94 students to find out why so few were participating. Of the students she was able to track down, Floyd found, according to Chalkbeat,  that at least 10 “still did not have laptops or reliable internet at home nearly a month after the pandemic forced school buildings to close.”

For too many of New Jersey’s 1.4 million K-12  students — according to today’s NJ Spotlight, 150,000 lack computers, internet access, or both — there is no school.  While other states struggle with technological issues that hit low-income students hardest, we’re doing particularly badly. As of April 8th, Education Reform Now, which is rating all states on distance learning, reports that only one state, Maryland, is performing worse than New Jersey.  As I wrote here, Education Commissioner Lamont Repollet and his assistant Linda Eno didn’t even begin to calculate the haves and have-nots until Gov. Murphy closed down the schools.

I want to know why our children and teachers are in this predicament.

It’s not for lack of money: For example, Paterson Public Schools District spends, in total, $30,527 per pupil yet until this past week, when high school students were given chromebooks, all students —almost 30,000– relied on paper packets.

It’s not for lack of expertise: When the New Jersey Department of Education ran its pilot program for PARCC testing in 2014 and rolled the assessments out statewide in 2015 under the leadership of Commissioner Chris Cerf, the capacity and “institutional knowledge” of the DOE’s Office of Educational Technology was, a former staff member told me, “the best in the country” and “we were ahead of the game.” Another former staff member told me, “we worked hard to close the digital divide and brought districts together to lower costs.”

What has happened in the last five years?

Here’s a hint: I recently learned from sources who will remain anonymous that the DOE’s Office of Educational Technology no longer exists.

According to archived pages at the DOE website, in 2013 this Department had a program called the New Jersey Technology Readiness Tool, or “NJTRAx.” The purpose of this program was “to gauge the technology readiness of New Jersey schools and districts for online testing” for PARCC. But the program wasn’t restricted to online assessments. From the archived file:

The most recent date for any activity that I can find is October 2015, when there was a training webinar.

There is another page on the DOE website with this caveat. “This information has been preserved for historical purposes. It is not current.” The page describes a 2016 program called “The Future Ready NJ Grant,” designed to address “two readiness factors for PARCC assessments: technology ready and digital learning.” A DOE source recalled, “FRSNJ could have opened [DOE leaders’] eyes about a lot of preparation or lack thereof in districts/schools—actually it’s a school initiative so they would have/could have gotten school level data.”

Eyes stayed closed. NJ Spotlight reports that over the last six weeks the DOE has “surveyed districts three times about their use of technology and access,” information that would have been easily available if technology programs hadn’t been dismantled. (Despite repeated requests, the district-by-district data has not been released.)

I was told that when Phil Murphy appointed Lamont Repollet as Education Commissioner, the Office of Educational Technology was eliminated and replaced with the Office of STEM. The names may seem similar but denote completely different missions. While the former was devoted to long-term expansion of digital learning — what we’re lacking right now — the Office of STEM, according to the DOE, “strives to improve access to quality science, technology, engineering, and math education for all students.” The Office of Educational Technology ‘s job was to expand and constantly update digital capacity. The Office of STEM is about course content. (At these prices we should have both.)

When Senator Teresa Ruiz, Chair of the Senate Education Committee, asks,  “Why in this day and age do we not have every child connected to the internet?,” the answer is we’ve gutted the Department and programs that fulfill that purpose. In another interview Ruiz calls the lack of connectivity a “huge problem” and said “there are a lot of pools of money that the [DOE] should be ready to draw down for this.”  When Hamilton Superintendent Scott Rocco notes, “A device and internet for students should be a standard educational resource for today’s students, just as textbooks and notebooks were,” the missing link is the DOE Office of Educational Technology.  Governor Murphy said,  “I know [the digital divide] was raised in the early days, and there was unevenness in that respect … The hoped-for answer is that is working, and I think for the most part it is.”

That depends, Governor, on whether you live in Princeton, where it’s working, or in Trenton and Paterson and Newark, where it’s not.

The story is more complicated than this. I’ve been told NJEA lobbyists played a role in the diminution of the Office of Educational Technology, perhaps because the Office’s work enabled the use of PARCC or PARCC-like tests that the union opposes. The DOE used to be less political — did you know that until Jim Florio became Governor in 1989, Education Commissioners held five-year terms?  (Via none other than Bob Braun: “How do you run a statewide school bureaucracy responsible for spending billions of dollars a year if, every few years, it has new leadership and a new philosophy?”) And digital access is a national problem, most keenly felt by low-income families, disproportionately of color (which is why brightbeam, where I work, is circulating this petition to demand free internet for all low-income families during the pandemic). I’ve also been told that, starting with the Bush 2 Administration, the federal government “deprioritized technology” and reduced funding streams.

Yet, what if we still had that Office of Educational Technology? What if we had maintained NJTRAx and the Future Ready Technology Grant programs? Would we have such a large digital divide? Would the DOE be scrambling to get students online? Would students in Paterson and Trenton and Newark, like those in Joicki Floyd’s classes, be less disadvantaged during this pandemic when internet connectivity is an essential linchpin for learning?

Many questions remain but we know the answer to the last one.

“The Importance of Teacher Attendance” (in Newark and elsewhere)

Two Examples of Why Hillary Clinton is Wrong about Charter