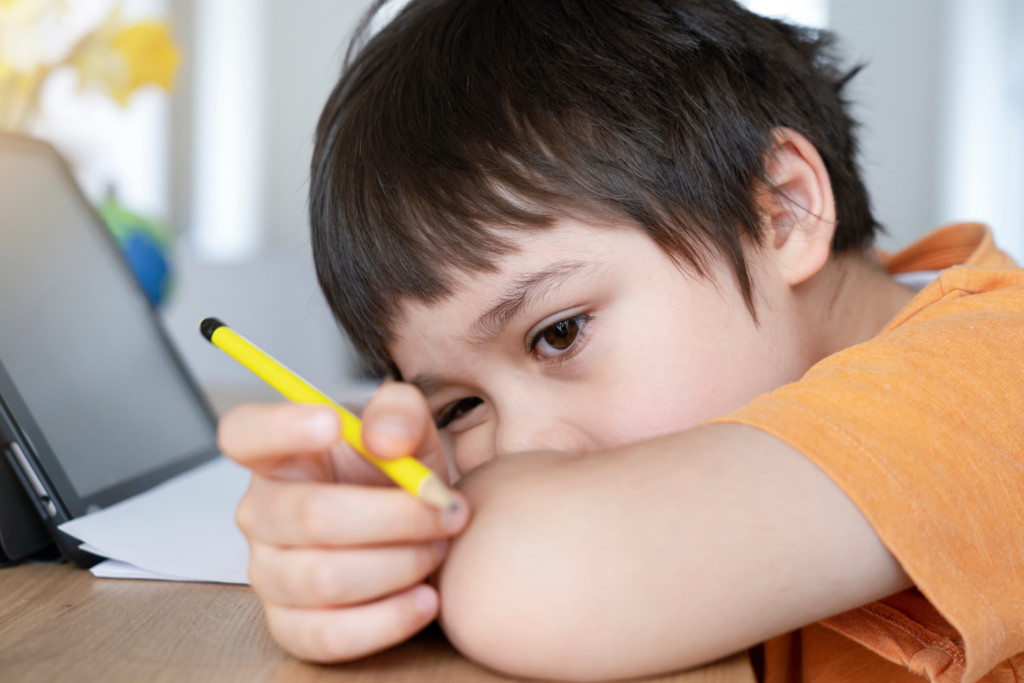 On Monday I wrote about Paterson Public Schools’ poor implementation of home instruction during this pandemic, hindered largely by the lack of one-on-one devices for students as well as teachers’ unfamiliarity with technology. This scenario isn’t limited to Paterson: Here’s Trenton’s form of remote learning, which is less a strategy than an abdication of responsibility. The consequences for students in these districts, already high-risk, will be enormous. Chris Minnich, head of NWEA, predicts that “students may end up an entire year behind where they would have been academically, absent COVID-19.”

Yet it didn’t have to be this way. In fact, until recently New Jersey had a robust system for tracking district capacity for technology, well ahead of the national curve. We don’t anymore. One person in-the-know told me, “the public needs to to understand how the DOE has diddled around in and out of this digital arena for so long without really accomplishiing anything much of value for districts.”

I wanted to find out why. Here’s what I learned, courtesy of current and former staff members at the New Jersey Department of Education who will remain anonymous.

Twenty-six years ago the NJ DOE established a new department called the Office of Educational Technology. (The page still exists on the DOE website but it’s solely devoted to computer science coursework.) Boy, 26 years ago we were ahead of our time!

The Office of Educational Technology (OET) was well-staffed with experts charged with keeping track of district digital capacity and overseeing the new field of integrating technology into instruction. They focused on forming partnerships with other educational agencies and technology companies and provided leadership on how digital learning augments student growth. Years later, when NJ joined the PARCC consortium, the OET was on the front lines, getting districts ready for online testing and helping them procure adequate one-on-one devices.

And, in fact, districts quickly adapted to PARCC. A former staffer told me, “we were the best in the country, we were ahead of the game.” During the pilot year in 2014, NJ Monthly quoted State Chief Performance Officer Bari Erlichson: “Initial feedback indicates that the practice run was an overall positive experience.” The article continues, “most teachers and administrators who conducted the field tests agree that they went off with few hitches…Educators reported that students overwhelmingly liked taking the tests on electronic devices.” By the end of that pilot year, the DOE reported that 80% of districts were technology-ready.

But the point of upgrading district technology wasn’t just to take PARCC tests. The larger goal was for districts to really lean in to integrating technology with instruction. While this happened in some districts, in others it didn’t, largely, I’m told, because of teacher and NJEA resistence. (One staffer: “NJEA has been blocking initiatives.” Another: administrators were afraid that students might become targets for theft if they brought devices home.) Those new chromebooks and iPads went back onto carts (some districts called them COW’s, or “computers on wheels”) rolled into classrooms on occasion but otherwise idle.

Trenton was one of those districts. So was Paterson.

The DOE’s ability to track district digital capacity was further reduced by a decision to stop collecting data. Here’s a page of the 2016-2017 NJ School Performance Report for a high school in Paterson called “The School of Information Technology.” You’d think they’d have their digital act together, right?  On the Performance Report is a category is called “Technology Readiness” and it shows that at this high school there is 1 computer for every 3 students (2.9, to be precise) and while the recommended internet speed is 100 kilobits per second, this school has an internet speed of 21.1.

An internet speed of 21.1 is another way of saying dial-up.

For comparison’s sake, I looked at another Passaic County high school in West Milford. There, according to the 2016-2017 School Performance Report, the internet speed is 302.2 kilobits per second, or broadband speed.

But you won’t find internet speed information — essential for integrating technology into instruction —on more recent Performance Reports. The federal government stopped requiring this information and New Jersey stopped collecting it. While the Office of Educational Technology was pretty much dismantled in 2017, we still have other technology initiatives like NJTRAx, which the DOE says was established “to gauge the technology readiness of New Jersey schools and districts for online testing as well as provide a digital learning tool.” How’s that going?

The most recent webinar on using NJTRAx is dated January 20th, 2016. We also have an initiative called Future Ready Schools-NJ. According to a memo dated February 13, 2020, the DOE has decided on a “full rebranding” of the program to “engage in fresh thinking.” However, the memo continues, this “is taking more time than originally anticipated. As a result, the previously announced timelines and relaunch plans are on hold and will be revised and reissued once the separation is complete. We apologize for the delay and look forward to announcing the next steps toward a stronger program in the years ahead.”

New Jersey residents have a right to be skeptical when Commissioner Lamont Repollet and Assistant Commissioner Linda Eno tell John Mooney during an NJ Spotlight interview that the lack of digital capacity in districts is surprising, that moving to digital learning represents a “paradigm shift.” New Jersey residents can understand Senator Teresa Ruiz’s reaction when she says, “why in this day and age do we not have every child connected to the internet? It’s our responsibility to connect them.”

Where Do Chris Christie’s Likely Challengers Stand on Education Issues?