100,000 Students in New Jersey Are Cut Off From Remote Instruction: Murphy and Repollet Say “Let Them Eat Cake.” 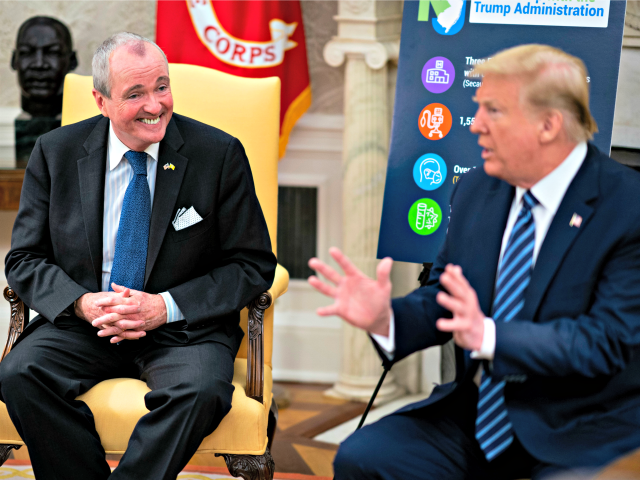 In mid-March President Trump told a group of governors they were on their own in searching for respirators to help those stricken with the coronavirus.

This reminds me of the 90,000-100,000 New Jersey students — disproportionately low-income and of color—who don’t have what NJ Spotlight calls “the necessary technology that schools are relying on for remote instruction.” When the pandemic first hit and schools closed these students lacked the equipment necessary to access digital instruction. They still lack it now.

One barrier is 555 school districts are independently trying to procure, with varying degrees of success,  laptops and broadband connections for their students. A national survey shows that New Jersey is among the slowest states to adapt to online instruction and assure digital accessibility; only one state, Maryland, is doing a worse job.

What’s getting in our way? Why isn’t the State Department of Education in charge of this? Surely this would reduce costs by buying in bulk, and we’re such a geographically small state that distribution is easy. Heck, you can drive from one end of NJ to the other in four hours.

But, nope, we appear to be taking lessons from Trump.  While both Governor Murphy and Education Commissioner Lamont Repollet acknowledge the lack of technology available to students in districts like Paterson and Trenton and Newark,  they’ve decided to leave districts on their own, digital divide be damned. It’s much better, much more direct, they say, if you get it yourself. Now, of course, lack of technology isn’t the same as lack of respirators during a pandemic. Yet while those 100,000 students — almost two months into school closures — may not be gasping for literal breath, they are losing ground that may never be regained. And what’s the response of the Murphy Administration? From today’s Spotlight:

On Monday Governor Murphy vetoed a bill passed by the Senate and Assembly that would have provided immediate funds to help districts close the technology gap for students ending their year using remote instruction due to the COVID-19 crisis.

How unprogressive is this Trumpian approach to the digital divide that cuts off learning for our most disenfranchised students? Murphy claims the bill provides “a blank check to districts” but the bill’s sponsor, Senator Teresa Ruiz who heads the Senate Education Committee, shot back, “We’re talking only 90,000 to 100,000 families; how much should it take to connect them?”

Not much. But apparently too much for Governor Murphy.

Commisssioner Repollet’s stance is similar, perhaps because he gutted the DOE’s Office of Educational Technology. Individual districts, he says, “will need to address shortcomings.”

Our guiding policy principle through this work is that each community knows their students best, and our job is to provide every flexibility we can to allow district innovation and to provide for our students during these extraordinary times, while also putting guardrails in place to uphold our high quality and equitable education system.

So the DOE wants to put up “guardrails.” To an outsider this probably sounds like accountability for student growth but that’s so un-Repollet, so un- 64 Floor. Can’t be right. My guess is that Repollet is genuflecting to New Jersey’s addiction to local control and, by default, abdicating leadership amidst a crisis.

Let’s push in the other direction. What if, instead of 555 school districts creating 555 plans for remote instruction while frantically searching for laptops and broadband access, the DOE led a collaboration among school leaders?

Or, if that’s too formidable, what if each of our 21 counties put together its administrators, supervisors, and teachers to roll out a county-wide distance learning program?* (New Jersey already has Executive County Superintendents.) Take your best third-grade teachers, for example, and have them do synchronous 30-minute daily sessions for all the third-graders in the county, freeing up lots of 3d grade teachers to work with their own students in small groups or, if necessary, one-on-one.  Combine technology specialists throughout county schools to trouble-shoot issues with laptops and hotspots. Make professional development country-wide for teachers who may have to learn for the first time how to use Google Classroom or Facebook Live or Zoom instead of each district replicating the same thing. Collaborate on best practices.

Isn’t that more efficient? Doesn’t remote instruction lend itself to scaling up?

Sure. Just like it would be more efficient for the  federal government to distribute N95 masks and respirators to states. What happened instead?

“A mad scramble for masks, gowns and ventilators is pitting states against each other and driving up prices. Some hard-hit parts of the country are receiving fresh supplies of N95 masks, but others are still out of stock. The market for medical supplies has descended into chaos, according to state officials and health-care leaders. They are begging the federal government to use a wartime law to bring order and ensure the United States has the gear it needs to battle the coronavirus. So far, the Trump administration has declined.

What’s happening in New Jersey? A mad scramble for laptops and hotspots, a descent into educational chaos for students and their families who lack digital access, pleas for state help, and a Governor who just declined to sign a bill that would at least provide the money for essential equipment, if not the educational leadership to scale up instruction.

When Trump visited the CDC in Atlanta, he claimed incorrectly, “anybody that needs a test, gets a test. They’re there. They have the tests. And the tests are beautiful.”

Murphy’s refusal to sign Ruiz’s bill, Repollet’s insistence that each district procure its own one-on-one devices and broadband, is not dissimilar. They are saying, “anybody that needs a laptop gets a laptop. They’re there. They have the laptops. And the laptops are beautiful.

But they’re not there. Those 90,000 students have been abandoned since mid-March and likely will go seven months or more without instruction.

* (Yes, I know in Essex County Millburn parents don’t want their students taught by Newark teachers. Yes, I know Algebra 2 in Princeton is not the same thing as Algebra 2 in Trenton, both in Mercer County.  But imagine if we ripped off our blinders to inequities between abutting districts? I think there are benefits to recognizing that what Repollet calls “our high quality and equitable education system” is, in fact, a myth.)