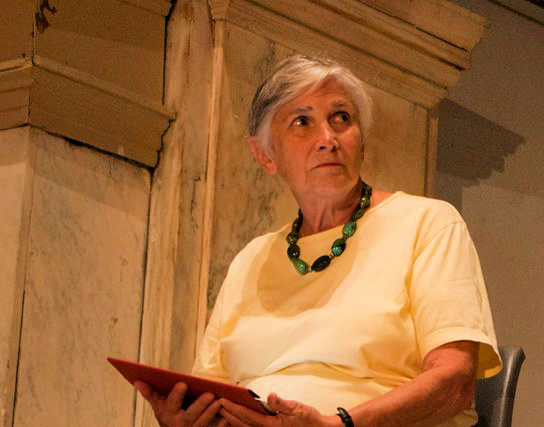 In these times of high anxiety it’s a boost to one’s spirits to discover a bit of serendipity. That moment came to me when, after reading about Trump’s Tulsa rally, I realized that he has a kindred spirit in none other than Diane Ravitch, foe of accountability, parent autonomy, and activists who are sick and tired of waiting for failed government institutions to equitably educate marginalized students.

Hold your fire! Let me explain.

In Tulsa, in front of 6,200 unmasked acolytes (go Zoomers!), our leader called testing for Covid-19 a “double-edged sword” and  announced that he had asked officials to cut back testing to keep case numbers down. “When you do testing to that extent, you’re going to find more people, you’re going to find more cases. So I said to my people, ‘Slow the testing down, please!’ ”

Makes so much sense, right? If you don’t test people then the numbers will look better and America will totally fall for the pretense! The pandemic is over! There’s no threat to your health — just look at how we’re flattening the curve!  Pretend America is great again!

Coincidentally, that’s exactly the argument made by Diane Ravitch and her acolytes. If you do too much testing, then you’re going to find more students who are illiterate and innumerate and woefully unprepared for college or the workplace. Slow the testing down, please! Pretend American schools are great again!

As I tweeted a few days ago,

And as Paige Kowalski of the Data Quality Campaign tweeted yesterday,

I know, I know. It’s not the same. Ravitch the Elder (Ravitch the Younger was a huge fan of accountability) derides standardized testing because most are diagnostic, not formative: In other words, they produce a score that indicates whether a student meets proficiency benchmarks but often don’t provide more granular information about what the student needs extra help in or what specific concepts they’re missing.* She writes (in various books) “what is tested may ultimately be less important than what is untested” and “good education cannot be achieved by a strategy of testing children, shaming educators, and closing schools” and “the problem with test-based accountability is that it removes all responsibility from students and their families for the students’ academic performance.”

Vive la difference! Trump hates accountability because it makes his Administration look bad for failing to corral the coronavirus.

Ravitch hates accountability because it makes her anti-reform movement look bad for failing to improve student proficiency. That’s why she celebrated the cancellation of this spring’s standardized testing due to the coronavirus and urges states to cancel them permanently

No testing? No problem! Who knows? Maybe Ravitch can find a place for herself in Trump’s Republican Party. They sure do seem like two peas in a pod.

*Actually, tests developed to align with the Common Core offer much information about students’ strengths and weaknesses. That’s why we got rid of them: In New Jersey, for example, NJEA leaders and current NJ Commissioner Lamont Repollet, whose raison d’etre appears to be conning citizens into believing that all our schools –except public charters, of course —are good-looking and above average, can’t bear to concede that our school system is ailing. Easy-peasy: Get rid of the tests! And so New Jersey (mostly) did.

I’m Celebrating How Newark Took Charter Schools From the Fringe

Moran’s Theory: Ruiz and the Triumph of Estrogen