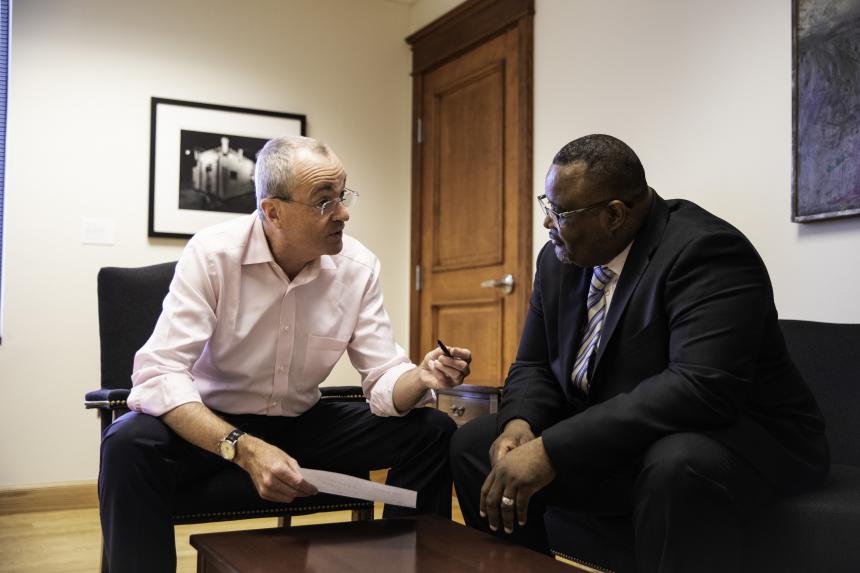 Yesterday I wrote of an accelerating pattern of school districts defying direct mandates from Phil Murphy and the state Department of Education by choosing to go all-remote. These decisions, of course, flaut the DOE/Murphy’s rule that “districts’ reopening plans must account for resuming in-person instruction in some capacity.” The Governor and DOE’s refusal to cop to reality erodes trust in their leadership. It also throws into question their respect for the opinions of school leaders, staff, and families.

Just today there are more districts to add to the list: Late last night the Elizabeth Board of Education, one of NJ’s largest districts, decided that “starting the school year with in-person classes is a ‘mathematical impossibility’ because 375 of its teachers will not return to the classroom because of coronavirus fears.” And let’s not forget Bayonne, Jersey City, Willingboro, and West Orange, all shrugging off DOE guidance and overruling the Governor.

But here’s an interesting wrinkle pointed out by a NJLB reader:

Former DOE Commissioner Lamont Repollet, who dismantled the Office of Education Technology, leaving the DOE without the capacity to take a leadership role in closing the digital divide, resigned for a high-end promotion: President of Kean University. His compensation includes an annual salary of  $365,000, a “presidential house,” luxury car, one-year paid sabbatical, and a liberal expense account.

And what did Repollet do when he arrived at Kean University mid-July?

He made the decision that the college would go all-remote and eventually switch to a hybrid model if conditions allow.

Exactly what K-12 school leaders are asking for.

The Fall semester will begin on September 1 as scheduled with remote learning through Blackboard for all students and continue that way for the first three weeks of the semester. On Monday, September 21, the University will enter a face-to-face and hybrid phase that will add on-campus instruction to approximately 30 percent of courses. When the University breaks for Thanksgiving on November 25, all courses will return entirely to remote learning until the end of the semester.

“We need to approach the Fall semester with three things top of mind: safety, equity and academic excellence,” Repollet said. “This staggered approach will allow both students and faculty to acclimate to our enhanced remote learning and prepare together to enter the hybrid and face-to-face phase of the semester in certain courses.”

Whoa. If the all-remote plan exemplifies “safety, equity, and academic excellence,” then one could extrapolate that the DOE guidance — and Murphy’s ham-handed adherence to it —exemplifies negligence, inequity, and a haphazard attention to students’ academic growth.

That’s pretty harsh. It’s not that simple. I’m seeing a pattern of lower-income districts like Elizabeth, Bayonne, Willingboro disproportionately opting for all-remote instruction while wealthier districts like Princeton, West Windsor, and Millburn disproportionately opt for hybrid plans, where students get some time in school buildings and some time at home. If this is true –I haven’t done enough digging yet to draw definite conclusions —then students’ lack of access to technology (the digital divide Repollet failed to close) is that much more alarming.

I think it’s likely that Murphy will, with his back against the wall, reverse the decision that schools must start the year with some element of in-school instruction because more and more school districts are disregarding the DOE mandate. This makes him look inept and damages him politically.

More importantly, his failure to override ill-considered DOE guidance –as well as his failure to ensure that Repollet was leading a statewide effort to help districts create robust online learning platforms with access for all —-hurts schoolchildren, especially low-income students disproportionately Black and brown, who are most likely to suffer from poorly-designed remote instruction.

We could have done so much better. Now our most vulnerable children will pay the price.