The Road to Reopening Is Filled With Potholes, Says NJ School Boards Association 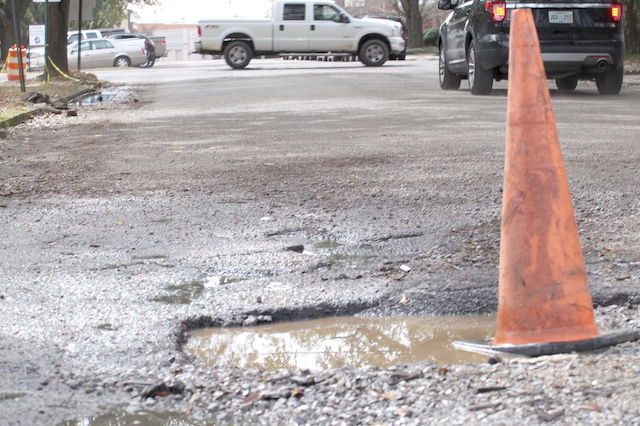 One week ago the New Jersey School Boards Association published a report called “Choosing The Best ‘Road Back’ for Our Children.” Here, NJSBA explains the need for “critical state and federal support for public education during the pandemic” and describes “the obstacles and challenges school districts have faced in developing reopening plans and many of the strategies they have implemented.”

Question: Why would NJSBA publish this? Answer: While Interim Commissioner Kevin Dehmer says NJ is “too diverse” for top-down guidance (deferring to his predecessor Lamont Repollet as well as Governor Phil Murphy), superintendents and school boards beg to differ. They wanted clear, direct assistance in March, not vacuous announcements and protean fluctations in guidance. They wanted the “best” route to learning during a pandemic, not the rocky road, protean in its fluctations, provided by the state.

NJSBA executive director Lawrence Feinsod nails it when he refers to “ever-changing, inconsistent and, often, inadequate state and federal guidance.”

More on that in a sec. The 29-page report covers a host of other issues: NJSBA’s opposition to using federal CARES money for non-public schools; support for legislation that would allow districts to use capital reserve funds for PPE and other necessary safeguards from coronavirus contagion; liability protection (much district-level decision-making is guided by fear of litigation); waivers for this school year on instructional day minimums, the state accountability rubric called QSAC, and staffing ratios.

Yet the commentary —based on surveys issued to school board members, superintendents and school business administrators, interviews, and reviews of school reopening plans —always seems to come back to general dismay at the DOE/Murphy’s failure to lead from the top. At the end of the report, NJSBA praises the DOE and the Department of Health for recent clarifications. And yet, it says, “more needs to be done.”

Isn’t it a little late for that?

Here are some highlights that capture school leaders’ consternation:

Here are some comments from schools leaders:

“Direction from the state [is needed] regarding Screening and Contact Tracing and circumstances for positive tests and quarantining.” – High School District, Southern New Jersey

“Some support from the state dept. of health about who is required to be quarantined when an outbreak occurs, how distant those contacts need to be for quarantine or testing, and what are the parameters for complete shut-down. Who makes that call? Who has to be notified? None of us has Ph.D. in community health.”– K-12 District, Northern New Jersey −

“The lack of specific and consistent health information is inhibiting my ability to make educational decisions. If the health information, such as what is required for daily student ‘visual screenings’ were specific, it would eliminate staff and families making comparisons among districts. It would also ensure that all districts are following the same health precautions.” – Elementary District, Southern New Jersey

“The guidance from the state is extremely frustrating and lacks specifics. Providing districts with a template and specific reopening models to choose from would have been more helpful.” – Elementary District, Southern New Jersey

As of today, 801 reopening plans have been submitted to the state. The overcount—we have 591 districts– is because some had to completely rewrite plans to comply with ever-changing rules released not by the DOE but by Murphy. Of those 801, 545 have been approved by the  and 221 are “under review.”  Those 221 include 91 all-remote plans, an option not revealed until three weeks ago.

Kind of sums it up, right?

Another Quote of the Day

We Are the World Doing the Math in Lakewood: COVID Rates, Laptop Access, and