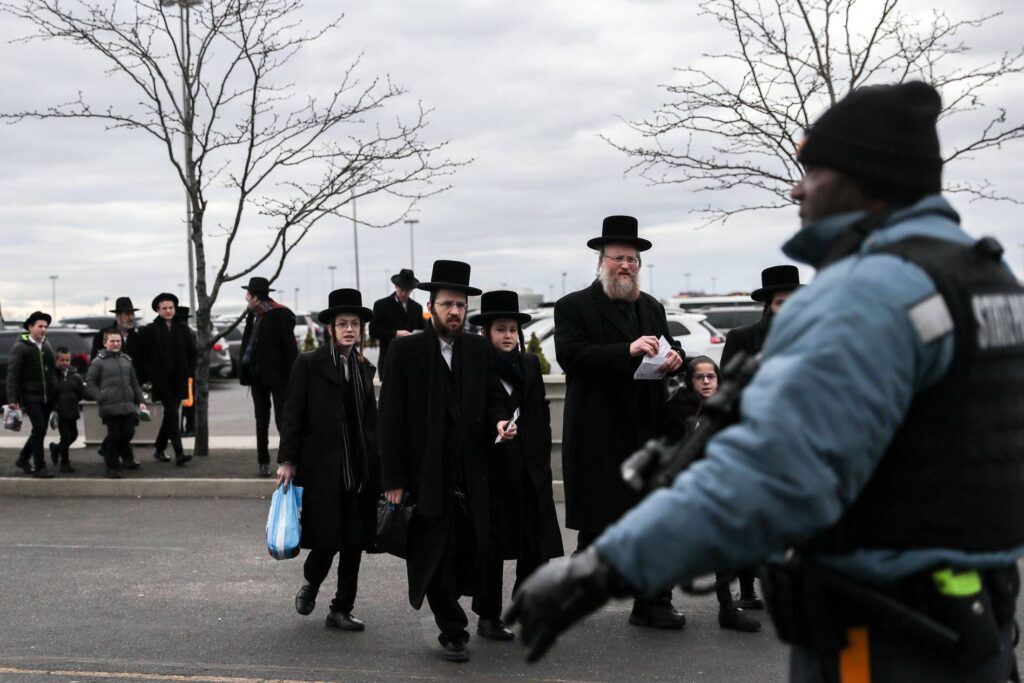 Currently Lakewood is New Jersey’s hot spot for coronoavirus infections. There are two reasons: 1) there is a lack of social-distancing and/or mask-wearing during the High Holiday season (including in crowded synagogues) and 2) ultra-Orthodox Jews are getting conflicting information from the the Vaad (the council of 11 ultra-Orthodox men that controls everything in town) and the state.

Meanwhile, while Rosh Hashanah and Yom Kippur are over, we’re in the midst of the holiday of Sukkot and the high holidays won’t end until Simchat Torah on October 11th. Gov. Murphy acknowledged that the COVID-19 spike in Ocean County — in particular Lakewood — was “deeply concerning” and Matt Friedman of Politico, in today’s NJ newsletter, pronounces the latter “Very Vaad News.”

Currently the positivity rate on Covid tests in Lakewood is 28%.

As of Friday, “at least” 10 teachers and 7 students at Lakewood Public Schools were infected with Covid. No one knows how many of the 37,000 students or their teachers at the 130 yeshivas in town have tested positive because they don’t report the numbers. District students attend school full-days, five days a week.

There’s a blog in Lakewood, Hefkervelt, that strives to be a “voice for the Tzibbur by the Tzibbur- overcoming challenges.” (The Tzibbur is the Jewish community.) I look at it because I have high regard for its author and the comments at the bottom of each post often offers insights into Lakewood’s ultra-Orthodox community. Here are some (unedited) comments (with translations in brackets).

“We have a leadership of the vaad calling innocent Lakewood residents bad apples to the national media. The Mayor of Lakewood blaming the covid uptick on Lakewood residents for following Trump and listening to his press conference and for ignoring social distancing and now the rabbonim force testing all healthy people on erev yom tov [evening of the holiday] to wait 3 hours in lines and get sick from catching it at the urgent cares.”

“the yeshiva gets govt money that is driving their decisions. please do not call this daas torah [idea that rabbis and the Torah are final arbiters] . who is igud harabonim [rabbinical court] for corona anyway? Why is thhe govt only forcing all of lakewood to test if you have no symptoms? Rav Chaim said not to test if you have no symptoms. why are they meeting with gov murphy on erev yom tov [the evening before a holiday]? I don’t know about you but i am busy with tzarchei yom tov.”

“Who heard of this request why is the govt not talking directly to the people?”

“Because the government realizes, unlike you, that the Frum [ultra-Orthodox] people of lakewood, unlike you, turn to Rabbonim for guidance and direction.”

“It’s to bring down the positivity rate… its a numbers game for the Vaad, they’re in hot water for letting the town of chelm [imaginary city run by fools] run amuck.”

“No it isn’t. The government is requesting to do this and you should not be making irresponsible assertions in public when you clearly have no ideal what you are talking about.”

“All they care about is masks in stores and public. Not shul’s [synagogues]. Why?? Is it because they are afraid the media will be taking pictures tomorrow of non compliance?? Where was the Vaad the last 2 weeks when numbers kept going up? Why didn’t they say then to be careful?”

“This is so ridiculous how they are making fools out of the tzibbur treating us like little children. Bemichilas kvod harabonim please explain the logic and science behind forcing mass testing what will it help. The positivity number is bogus at 27% and having everyone get tested will do nothing but drive up the numbers more with a false positive/negative number of 30%.”

“From a public health perspective this is what you are supposed to do, which is why the government is asking for it. The people who are not conscious of their symptoms. And are running around town infecting others R”L [abbreviation for ‘may God save us’], are the ones who need to find out they are really sick so they isolate and quarantine. Sick people now know they are sick.”

“This has nothing to do with safety or health its simply a numbers game. The positivity spread level is up because too many people who took tests turned out positive. The way to bring it down is too have more negative tests that is why they want everyone without symptoms to test.”

“Herr Murphy wants to see lots of more cases so he can utilize his democratic powers to shut us all down.”

“Someone please explain. If everyone gets tested and that results in thousands of new cases, how will that allow the schools to reopen after sukkos [another way of spelling Sukkot, the current holiday]?”

“This will guarantee the closure of schools in Lakewood. The numbers will only go up. And then the government will say, we tested you all and you all see you have such high numbers. Lakewood will have the highest numbers in the world. Anyone who tests is giving power to those who want to shut down all yeshivos and shuls. If there is no daas there is no torah.”

“We should trust our health to a governor whose policies sent 10,000 seniors to their death by infecting the nursing homes. A administration that politicized the pandemic to close down the state shut schools and buisnneses in an effort to hurt Donald Trump reelection. Are we such fools to believe that Murphy has our best safety interests in mind?”

“Take your tests and masks and shove it.”

Study of the Day: TFA Teachers Most Effective in Math

Trump, Opt-Outers, and the Politics of Resentment

What Can NJ Really Learn from the CREDO Report on