Newark Superintendent Threatened To Sue Me For Speaking Out. He Should Focus On Our Kids, Not Me. 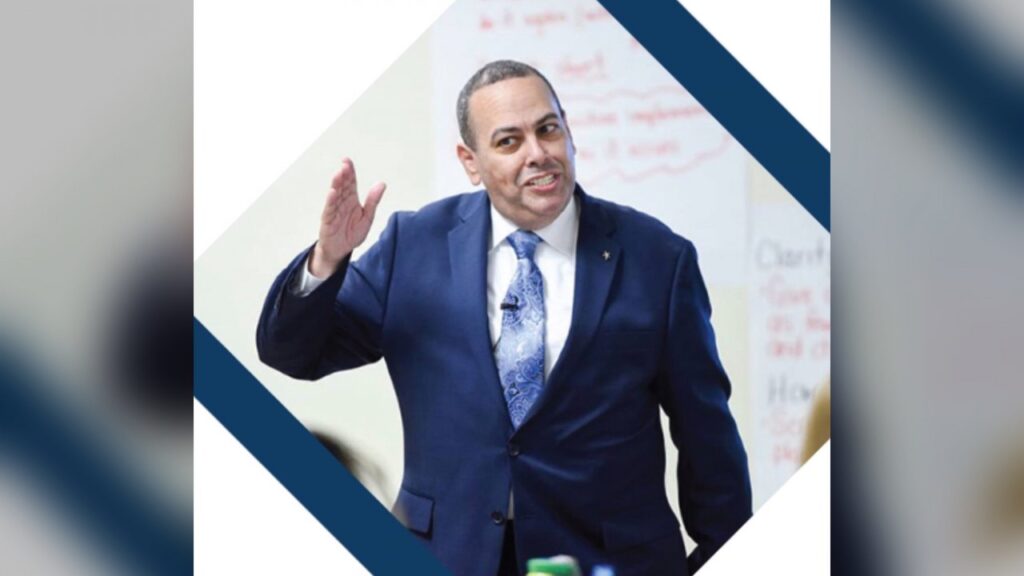 Chalkbeat reported last week that Superintendent Roger Leon is claiming 99.8% of Newark Public Schools students were present for each day of remote learning from March 16 through the end of the school year in June.

I mean, come on, really?  99.8%? In the midst of a pandemic? I wrote this blog post about it, expressing my disbelief and wondering if “Leon doubled down and took a page right out of Donald Trump” by posing “alternative facts, willing to say or do anything to benefit himself.”

Within four minutes of posting that blog, guess who called screaming at me: Newark Superintendent Roger Leon.

Leon was on fire!  He tried to intimidate me.  He threatened me.  And he even said he was going to sue me!

This call went on for 25 minutes— until I respectfully asked to end the call.

He got so nuts that about 10 minutes into the call, I could not believe what I was hearing, so I started taping the call.  Yes, I have it on tape, everyone.

Let’s think about this, Newark.  We are in the middle of a global pandemic.  Parents are struggling.  Teachers are working so hard.  There is work to be done.  Yet, somehow Roger Leon, the superintendent of New Jersey’s largest school district, has the time to call me four minutes after I posted my blog to yell at me and threaten me for 25 minutes?

Why am I now sharing this publicly?

First, when he called me he threatened my freedom of speech with a lawsuit.  Second, he tried to intimidate me by associating my words with the ridiculous actions of other people.

But the bottom line is this: He can’t shut down my voice.

I would have welcomed a productive conversation with Leon, but that was not his intent in calling me.  Instead, he threw a tirade like an angry 2nd grader.

Trust me, I know firsthand, it does no good for a public official to be so thin-skinned. Many of you remember my time in office.

Another thought came to my mind listening to Roger yesterday: Why is he suing everyone?

If you look at the record, you’ll see he has inserted our school district into a wide variety of legal cases, many of which have nothing to do with our kids yet are paid for by our tax dollars.

My friends at the Newark Housing Authority have shared with many of us around the city that Leon has forced the NHA to budget hundreds of thousands of tax payer dollars for a variety of school building lawsuits and no one really understand what he is even doing.

I am sure those hundreds of thousands of dollars could be used much usefully, like purchasing computers for Newark’s kids.

So for speaking my mind, I am now on a long list of people Leon is planning to sue.

That sounds a lot like Donald Trump to me.

I am just a parent, but here is some advice.  Roger, stop acting like Trump and start acting like a Newarker.

Focus on our kids — not me.

As a lifelong Newarker and a parent, I can tell you that during the last few months, parents in Newark have really lacked information about our school system.  We have questions that are not getting answered.  Our families have being forced to choose between buying food or technology so kids can participate in our public schools.  In some cases, our kids have been home alone all day.  Parents are struggling like never before.  And, most of all, our distance learning programs have been very confusing and unorganized for kids.

I love this city and as a father I have been losing sleep over all of this and I know many in my community feel the same. No offense, but it has been frustrating to be a parent and having my kid in the Newark Public Schools right now.  Should we not talk about this?  Am I not allowed?  Shouldn’t something be done?

One thing I won’t be losing sleep over is Roger Leon calling me and yelling at me for 25 minutes.  Just like you, Roger, I was born here and you know Newarkers don’t back down!

Roger, please focus less on me and more on just doing your job.

Btw, someone remind me to change my cell phone number.

School Board Elections Are in April,