I Thought Vouchers Were Wrong, But Now I Realize They Helped My Son 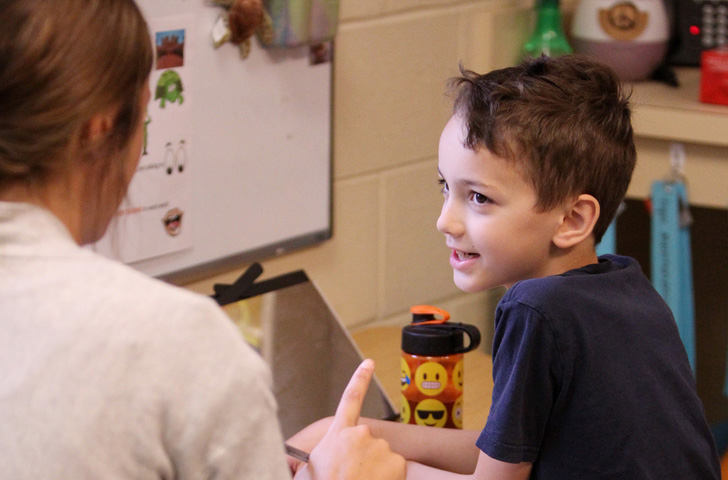 Recently I wrote that a residency hearing with two children, Kayla and Tasha, represented to me our deeply-embedded structural inequities in education that decades of initiatives, as well as increased funding, have failed to repair. Consequently I’ve started to question my opposition to taxpayer-funded vouchers to private schools. Sure, I have my concerns. But we’re in the midst of a pandemic that has disrupted children’s learning to such a degree that a new study from CREDO estimates U.S. students have lost the equivalent of 57-183 days of learning in reading and 136-232 days of learning in math. The greatest losses are among students who are already “at the back of the pack,” i.e., low-income students, disproportionately of color. Recovery of the 2019-2020 losses “could take years.”

Maybe this is the right time to try something new. It’s not like the current system was working all that well before COVID and right now student learning is cratering before our eyes. (New Jersey is no exception: CREDO says our mean learning loss in math is greater than in Tennessee, Wisconsin, Arizona, and Arkansas.)  Perhaps my dichotomous view of public vs. private lacked nuance. Also, I’ve failed to acknowledge that one of my kids benefited from a voucher program that we don’t call a voucher program. So, after years of opposing programs that pay private school tuition with tax credits, scholarships, and/or public money, let’s look at that third rail of school choice.

Hear me out: Our binary view of “public” and “private” funding in the education arena is flat-out wrong, a false dichotomy.  How do you think public schools find nurses, therapists, and maintenance workers? Often by contracting with private agencies. How do you think schools deal with legal issues? Private legal firms. How do districts renovate facilities? Private engineers and contractors. How are we getting all those chromebooks? Last I heard, Acer and Samsung are private companies.

We act like public schools exist in some kind of pristine bubble, untainted by the scum of private entities and private funding. We’re wrong.

Which brings me back to my son Jonah. When he was three years old, our local school district became responsible for his education because he was classified as “preschool handicapped.”  Without an appropriate preschool class for him in-district, he was placed in the countywide special services district.  Sure, the district paid tuition and transportation (to a private bus company) but it’s all still public, right? No problem.

Within six months we realized the county school was a poor fit for Jonah. (I’m sure it’s great for other families!) His teacher told us he’d never speak, despite a diagnosis of severe apraxia which requires daily targeted speech therapy that this school didn’t provide. At our instigation the district sent a specialist to observe Jonah’s day. She told us his scheduled therapies were cancelled if Jonah “wasn’t in the mood” and expectations for him were “rock-bottom.”  At our IEP (Individualized Education Plan) meeting that spring, our case manager, representing the district, agreed to a private placement.*

We had done our homework and already knew where we wanted him to go. After an intake interview and an observation, he was accepted at the private school of our choice (which had a full-time speech therapist in each classroom). The district’s responsibility was to pay his tuition (currently about $75K/year, a little bit higher than the county program), his transportation (about $10K/year), and hold the school accountable for his progress. He was there for ten years until he transferred to our district middle school.

My husband and I were able to access a private school for our son using public tax money. How is this not a voucher program?

New Jersey has another kind of voucher program for low-income students called the Abbott Preschool Program.  The Education Law Center, whose legacy is the Abbott rulings, hates it when I call it that but these are the facts: Parents can enroll their children in full-day preschools for 3 and 4-year-olds, choosing among district-run programs, Head Start, and private preschools. The district then sends tuition to providers. For specific examples, here’s the list of preschool providers for Trenton, Paterson, Asbury Park, and Jersey City. The state Department of Education’s user-friendly budget shows that last year Jersey City Public Schools received $74 million from state coffers for preschools. I don’t know how much of it went to private providers but there are 33 to choose from.

We already use them for special education and preschool. So why do so-called “progressives” flinch when they hear the “v” word?

Robert Reich doesn’t, and he is as progressive as they come. He endorsed Bernie Sanders in both 2016 and 2020 and just co-founded Inequality Media, which has as an “ultimate vision” a “United States where active participation by informed citizens restores the balance of power in our Democracy and creates an economy where gains are widely shared.” In his recent article, “The Case for ‘Progressive’ Vouchers,” he argues that “the only way to begin to decouple poor kids from lousy schools is to give poor kids additional resources, along with vouchers enabling them and their parents to choose how to use them.”

Reich is right. In hindsight, I think I was wrong to oppose vouchers and I bet Kayla and Tasha’s mom would agree. Certainly I have concerns about eligibility and accountability (which I’ll get to soon), but can we really cancel an approach that offers low-income families access to better educational alternatives that happen to be private?  Especially when we do this already? Especially when our most vulnerable students are at ever higher risk?

COMMENTARY: Good Luck Finding an Education Secretary Who Can Help When Parents Say “No” to Neighborhood Schools