What Does It Mean When a Seven-Year-Old With Autism Is Physically Assaulted By a School Resource Officer? 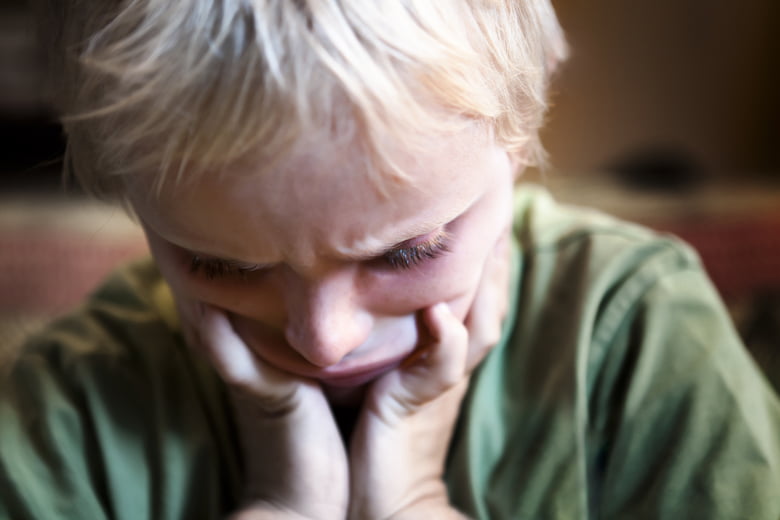 Okay. This is personal. As the mom of a son with disabilities who, while not formally diagnosed as autistic has a number of autistic tendencies, I just read with horror about a seven-year-old boy in a self-contained classroom in Statesville, North Carolina, who was handcuffed and pinned to the ground by a school resource officer.

How did this happen? The child, overwhelmed by having to transition to another activity (a challenge for many people with autism), started spitting. Yes, reader, he spat.

[W]hen the officer, Michael Fattaleh, arrived on the scene, he put the boy in handcuffs, taunted him and pinned him to the ground, according to body-cam footage of the September 2018 incident that was recently published by WSOC.

“You ever been charged with a crime before?” Fattaleh asked, pressing the boy’s head against a pillow on the floor. “Well, you’re fixing to be.”

So began an interaction that lasted nearly 40 minutes, as the child began crying and yelling that he was in pain and two special-needs teachers looked on without intervening.

The boy, referred to in court documents as “L.G.,” is all of  4-foot-6 and 80 pounds. He had just started a new medication, which can have unpredictable side effects. Two teachers had taken him to a “quiet room” when this occurred and Fattaleh just happened to be passing by and saw him spit. “Okay, I’ve got him,” the officer told the teachers. “He’s mine now.” He forced L.G. to his knees, “bound the boy’s arms behind his back in metal handcuffs,” and threatened to put a hood on him.

“If you, my friend, are not acquainted with the juvenile justice system, you will be shortly,” said the SRO. And, “Have you ever heard the term ‘babysitter?’”putting his knee on the boy’s back. “I take that term literally, my friend.”

This in a school solely devoted to students with disabilities. The two teachers just stood there and watched. L.G. was released when his mom showed up 38 minutes later.

Sorry to be so melodramatic. As I said, this is personal. I remember when my son was going through puberty and started exhibiting aggressive behavior, far worse than spitting. He would do things like lie down on the ground and refuse to move or start shouting and stomping his feet. (I’ve written about this here.) At the time my boy was placed in a self-contained classroom in our local high school and there was at least one occasion when the school resource officer was summoned. No handcuffs. No threats of hoods.

If our SRO had behaved like the one in North Carolina, I can only imagine the trauma that would have been inflicted on my son, the regressions that would have occurred, the haunting fear of ever returning to that classroom.

Is anyone else reminded of George Floyd or Daniel Prude?

The difference: These two men were murdered by the police because– at least in part— they were Black. L.G. was handcuffed and terrorized because he has disabilities.

But a seven-year-old boy with autism in a self-contained classroom?

I don’t know how to move on. You Can Hate Trump And Support School Choice