Oscar James: We Can’t Depend on Murphy To Fix Our Schools So We Have To Depend on Ourselves 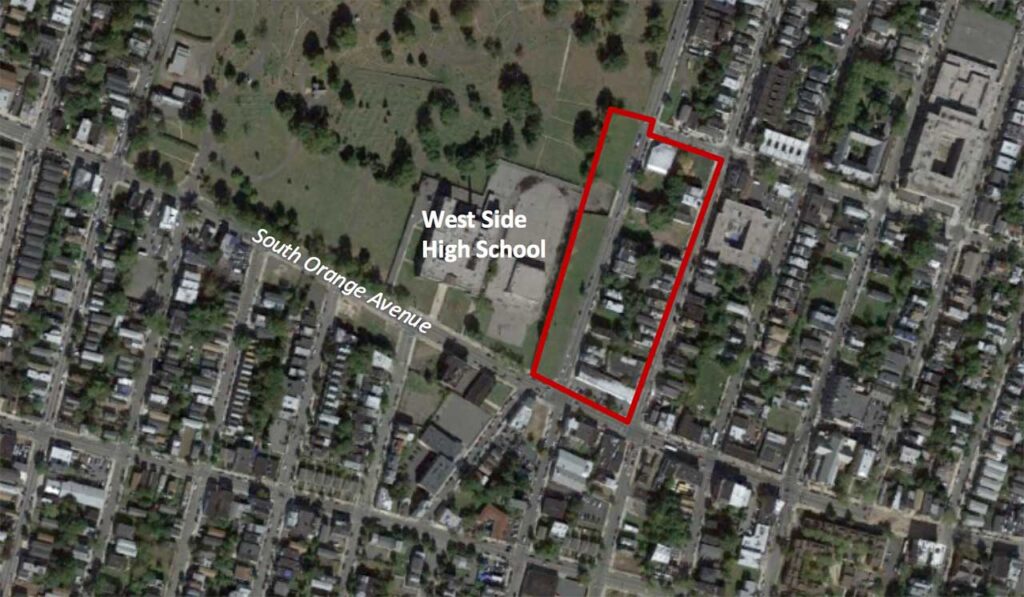 My daughter attends West Side High School in Newark. A long time ago, New Jersey promised us a new $160 million school building for West Side students. It’s been over a decade and we’re still waiting.

“SDA” stands for the “Schools Development Authority.” That’s a lot of words for something very basic and desperately needed in Newark. The SDA is the multi-billion-dollar government agency created to plan and fund school improvements and builds new school buildings in cash-strapped districts like Newark.

And how has the SDA treated all of us in Newark? Not very well.

As Newarkers know, our brick-and-mortar public schools are a hot mess.

Throughout our school district, classroom ceilings leak, the drinking water is not clean, buildings are crumbling, and some have not been replaced since the Lincoln Administration – that’s President Abraham Lincoln for those who were not around during the last civil war.

Unfortunately for our kids, the only thing more of a hot mess than Newark’s school buildings is the actual SDA. Last week, you might have read the news.

A report was filed by the State Commission of Investigations describing how the SDA does its job – and let’s keep this quick, the SDA ain’t doin’ a very good job.

The investigation cited “irregular hiring practices” and classified Murphy-appointee SDA CEO Lizette Delgado-Polanco as “a woefully inexperienced CEO.” It claimed that the top members of Gov. Phil Murphy’s staff knew about the SDA issues and did nothing about it. And finally, the report stated the following, “The bottom line is this: the SDA may cease to exist altogether unless the state can restore lost public trust that will enable it to obtain a new round of large-scale public financing.”

So who is shocked by this?

Probably no one reading this –- I mean we do live in the Soprano state, right?

So what if Murphy hired a bunch of unqualified friends and political supporters to run the SDA? What else is new? This is how New Jersey works!

Well, here is why Newark needs to start caring.

Murphy’s friends ran the SDA into the ground. This billion-dollar department now has no money left to build new schools! Billions of dollars are now gone!

So –hopefully now you are following me -– no money means no new school buildings in Newark.

To realize how Newark is affected by all of this, we need look no further than our own West Side.

We have been waiting to improve our high school for years. There is even a shovel-ready project designed and proposed to build a new West Side High School Building.

But wait, if that is the case, why hasn’t a new West Side High School been built? Well, now we know: The SDA is run by a bunch of cronies who wasted billions of dollars.

Are you following me now, Newark?

Instead of building schools, the SDA and Murphy were too busy hiring friends and family members for jobs they weren’t qualified for.

The SDA scandal is an excellent example for the reasons education inequity continues in Newark.

But here is what keeps me up at night.

Ideally, the Governor should stop putting his donors and friends ahead of the people who actually voted for him. We were there for him when he ran in the primary almost four years ago, and he should be doing more for Newark.

But really, let’s be honest, are we shocked by this?

We can’t trust Murphy or anyone we are doing the right thing. The only people we can trust are ourselves.

If we are truly going to create change, we ALL need to know how the SDA and other agencies work.

It’s up to us to know more about the SDA, make sure the SDA has the right leadership, and demand that people like Murphy do the right thing for Newark.

Yes, Murphy and our system has to change, but so do we. Until we stop blindly trusting the politicians who only seem to remember us every four years, we will never get anywhere.

Our kids are certainly more important than Murphy’s political patronage.

But friends, we can’t depend on Murphy or anyone else.

Yes, this SDA investigation is a Murphy mess, and we had nothing to do with it. But until we all stand together, educate ourselves on agencies like the SDA, and demand more from them, we will never see the priorities we dream about get addressed.

SDA is a lesson to all of us: It’s up to us, not anyone else.

(This was first posted at Newark Neighborhood View.) Did Murphy and NJEA’s Excellent Adventure Hit a Pothole?