My Grandma Would Tell Me, ‘Lakewood Is Bad for the Jews.’ 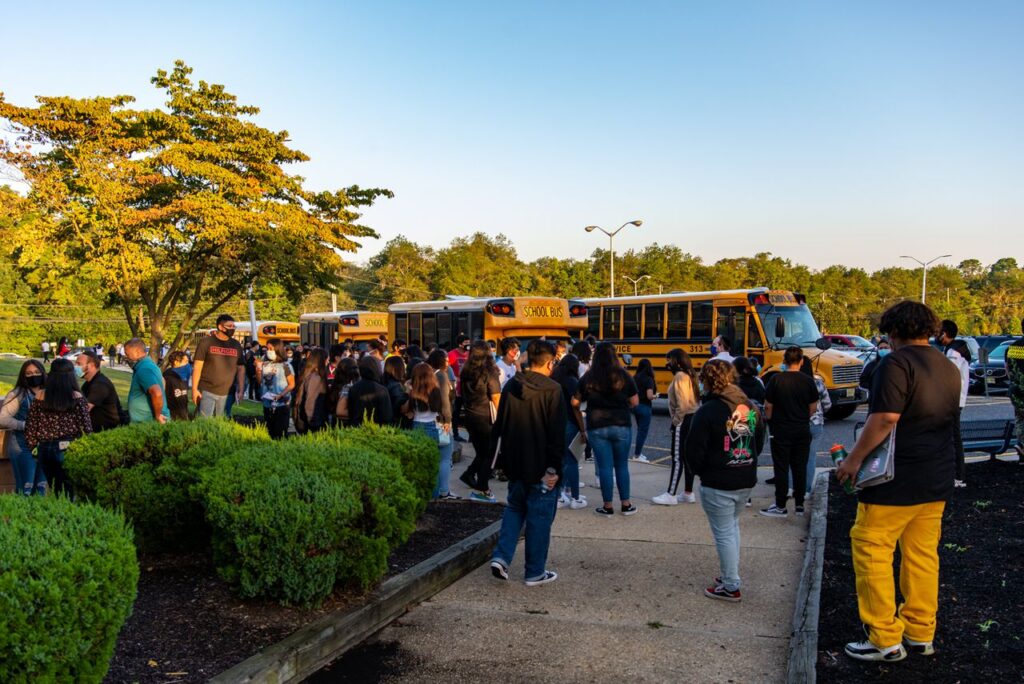 My grandmother of blessed memory, Lena Weinman, divided the universe into two parts, what was “good for the Jews” and what was “bad for the Jews.” Who can blame her? She was the only member of her immediate family to escape Eastern Europe and in her senescence hallucinated that she was being chased by the Gestapo.

Grandma would say that Lakewood is bad for the Jews.

Why? Because the transmission rate of COVID-19 in Ocean County (Lakewood is the biggest city there) is higher than any other county, with 15,578 positive tests (194 new), and 988 confirmed deaths. Because the 40,000 thousand Lakewood children who attend ultra-Orthodox day schools (yeshivas) are crowded onto buses that also carry 6,000 low-income Latino students to the public district. Because (as reported by Hefkervelt) a group of rabbinical leaders called Vaad Hamosdos Linyanei Corona issued a statement telling parents of yeshiva kids that they shouldn’t give permission for their children to be randomly tested because “a false positive can put the entire family in quarantine, jeopardize the Ruchniyus [spiritual learning] and close down schools.”

Because right now the Lakewood Public School District, which opened on September 4th for full-time, full-day instruction (despite protestations from the local teachers union) has 25 cases of Covid-19. The only school in the district without a positive case is Lakewood Middle School, which is on a hybrid schedule.

No other school in New Jersey has had this sort of outbreak, although our rate of transmission is creeping up.

And the same thing is happening in Borough Park, the section of Brooklyn where many ultra-Orthodox families live. From a  teacher at a girls yeshiva there: “’No one wears masks in the building, and not only is there no social distancing, but there is what anyone would call overcrowding under normal circumstances,’ she said, though she added that students are told to wear a mask on a necklace around their neck in case of an inspection.”

I don’t have any answers. In many Latino households in Lakewood parents are essential workers and can’t afford to stay home with their kids.   Yet I do wonder why the NJ Department of Education isn’t intervening and forcing a temporary closure, which is supposed to happen after “2 or more cases are identified within 14 days that occur across multiple classrooms and a clear connection between cases cannot be easily identified.”

Oh heck, I do know. The Lakewood ultra-Orthodox community is  a critical voting bloc for Gov. Murphy. The rabbinical leaders, the Vaad, tell everyone who to vote for and their followers listen. Even though, according to a new poll, 83% of Orthodox Jews say they’re voting for Donald Trump, the Vaad loves Murphy. He even gave $70,000 of his own money to the School for Children with Hidden Intelligence, a private special education school that only serves ultra-Orthodox kids.

How I wish we could separate politics from science. Clearly we can’t, even when ridden by a plague. Lakewood is the proof point.

That’s bad for the Jews.

How Do We Raise the Status of Teachers? The Beatings Will Continue Until Morale Improves; Or, Is Kowtowing

Newark Families: ‘This Lunch Sh*t is Not Even Cooked and