COMMENTARY: Lowering Standards Appears to Be Contagious, Too. I’m Looking at You, New York City. 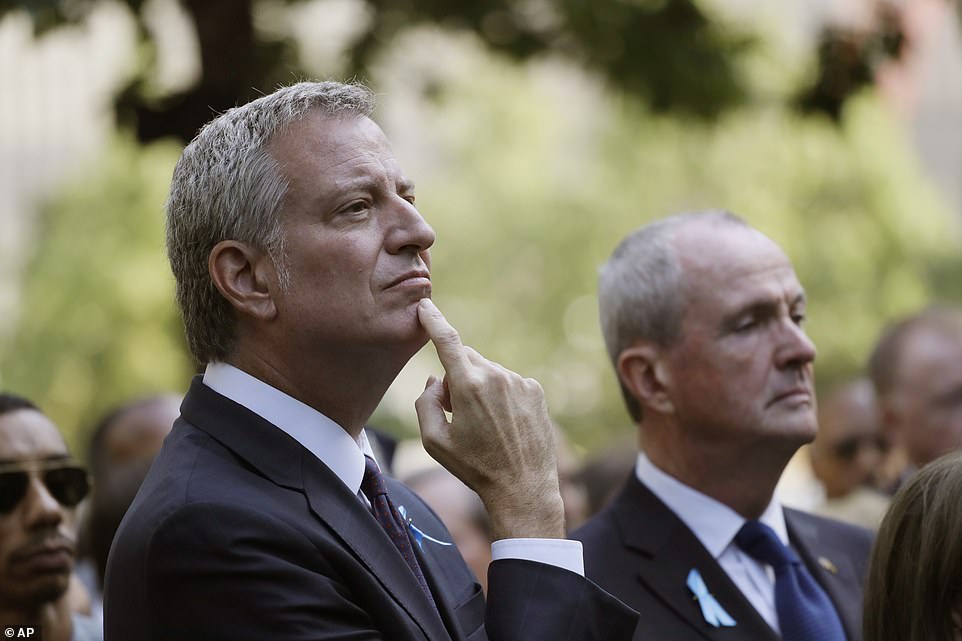 There’s another virus spreading in the tri-state area and, while not fatal, it is dangerous. This is the disease called “let’s lower expectations for student learning so our state can maintain the pretense that our schools are great.”

The exemplar of this philosophy is, of course, former New Jersey Education Commissioner Lamont Repollet. He even named this scourge: It’s called the “64 Floor.” The way it works (the system is still in place in Asbury Park Schools District where Repollet carried his contagion from Carteret) is that if teachers enter a grade below a 64 — say, a 45 — the software system changes it to a 64. A source in Asbury Park gave me an example:

Then, when Gov. Murphy appointed Repollet as Education Commissioner, he took the 64 Floor statewide, as he conceded in a New Jersey Senate Budget and Appropriations Committee hearing:

Sometimes if you don’t like a child whatever, and  I may get in trouble for saying this, if I don’t like the child then guess what, I can give that child a zero. Because if I give Lamont a zero, how will Lamont pass my class, he would every time have to get 100, he would have to be perfect.  What message as educators are we sending to our kids if we tell them we have to be perfect? That’s not the lens through which I see education. I see education a little differently, right? So we have to make sure our grading systems are fair and equitable because at the college level if you have an A that’s a 4, it you an F, that’s a zero. But you can still pass the class because you average that out and that’s a C. So you still pass the class.

Accordingly, Repollet (who, in fairness, was just following Murphy’s marching orders to fulfill promises to NJEA) lowered standards and eliminated a number of standardized tests.

And this virus is spreading. The New York Post (if you’re fed up with the Post, here’s the Wall Street Journal) just got ahold of an internal memo from the New York City Department of Education on its new grading policy. Back in May schools were required to eliminate numerical grades and choose between “needs improvement” and “course in progress. Now that NYC schools are open (although only 26% of kids are showing up), schools must “permit students in high school an extra semester to complete coursework and meet the learning outcomes for their courses.”

And as far as grading:

Here’s a Brooklyn principal: “We’re focusing on daily participation, homework, tests and quizzes,” he said. “We’re going to fail them if they don’t participate at all or do any work. We have high expectations. The DOE has low expectations. They didn’t just lower the bar. They eliminated the bar.”

Here’s a Manhattan mom: “The DOE is running away from an honest assessment of how far behind students are right now. Hiding the evidence does not help kids who need the most help. This policy is about protecting adults.”

One distinction: Repollet instituted lower standards for students in prelapsarian days, well before coronavirus emerged. NYC’s Schools Chancellor Richard Carranza is using the pandemic as an excuse to do what he’s wanted to do all along.

None of this — NJ’s 64 Floor, NYC’s “course in progress” –will mean a thing to higher-income students, disproportionately white or Asian, who have the privilege of private tutors and micropods and other educational accessories that require money.

Instead, it’s low-income students who will feel the pain under the pretext of protecting them. Repollet claims this is “equity.” Instead, it’s a presumption that “Lamont” can’t achieve academic proficiency without illicit methods. (Does that sound racist/classist to anyone else or is it just me?)

No one expects Lamont –or any other  student–to be perfect. (And I don’t know any parent who believes that a teacher would give a kid a zero out of personal animus.) Here’s what parents (including me) want: A clear understanding of our children’s academic growth, unobscured by lowered expectations that undermine school systems in order to create the pretense that our schools, as NJEA says, that our schools are “the best in the nation.”

We need honesty, not skewed data. And this will only happen if we stop “relaxing standards” (that’s what the WSJ calls it) and vote for integrity over pretense.

Maybe newly-nominated Commissioner Angelica Allen-McMillan will have the courage to ignore political patrons and side, instead, with students, families, and teachers. Superintendent Salary Caps: Is the Third Time the Charm?