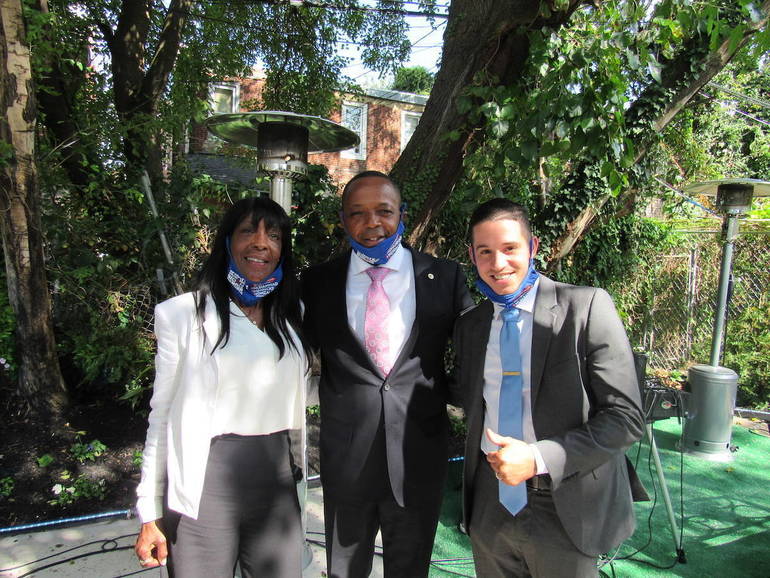 With this year’s toxic presidential election, it was easy to forget that other important local races were in progress. Here’s one: In a race for Camden School Board, the slate “Education for Everyone Team” swept the election, running on a platform for maintaining the progress of the last five years.

The Education for Everyone Team is comprised of  incumbents Wasim Muhammad and Karen Merricks, who ran with new board member Clayton Gonzalez. They were backed by the Camden Democratic Party.

The other slate, “One Camden United,” lost the election. They were backed by the Camden Education Association, whose president is Keith Benson, a paranoid conspiracy theorist who claims that the terrorist attack on 9/11 was a massive government plot and that that public school reform in Camden is a conspiracy among money-grubbing reformers and “oppressed natives” who are afflicted with a “psychosis” that leads them“to improve their own subjugated standing by attempting to join the ranks of those who do the oppressing.”

This wasn’t just another school board race, just as Camden City isn’t another school district. In 2013, after decades of dismal student outcomes and administrative corruption, former Gov. Christie had the state take over the district and appointed Paymon Rouhanifard as superintendent. Until that time, as NJLB reported, one million dollars “disappeared” under Board-appointed  superintendent Annette Knox, students at Camden High were bullied for speaking Spanish, and “the best hope for families,” a Camden resident told me, “was being selected for a magnet school or attending a charter or Catholic school.”

Here are the most recent student outcomes for Camden:

Never mind. Congratulations to the Education for Everyone Team. Camden isn’t there yet but it’s trajectory is looking mighty fine.