Something Astonishing Happened This Past Weekend And I’m Still Reeling 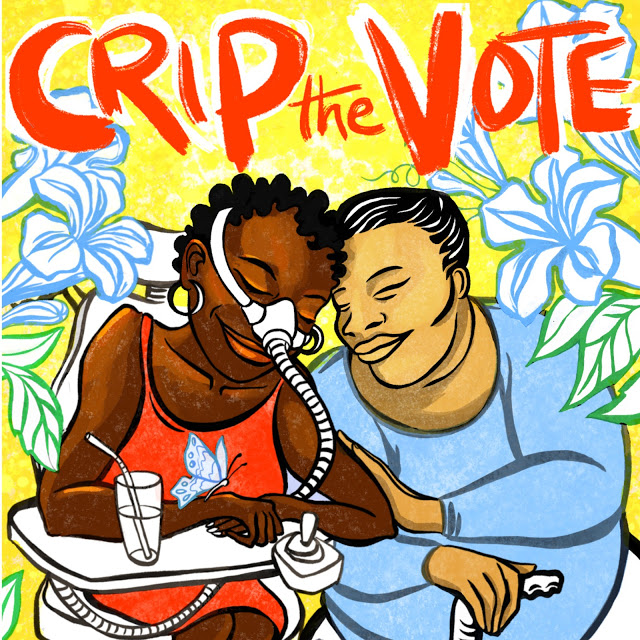 No, it wasn’t President-Elect Joe Biden and Vice President-Elect Kamala Harris’ victory. It wasn’t Soon-To-Be-Former President Donald Trump’s refusal to concede. It wasn’t the spontaneous celebrations erupting from Brooklyn to Philly to Chicago to San Francisco.

So what has me so verklempt? Three line from Biden’s speech in Delaware on Saturday:

The American story is about slow, yet steadily widening the opportunities in America. And make no mistake, too many dreams have been deferred for too long. We must make the promises of the country real for everybody, no matter their race, their ethnicity, their faith, their identity or their disability.

As the mom of a son with multiple disabilities, our family was rendered visible.

Four years ago marked the beginning of a movement among disability advocates called #CripTheVote, which defines itself as “engaging disabled people on policies and practices important to the disability community.” For those from outside this circle, the use of the word “crip” may seen off-putting. If so, read this from the CripTheVote blog:

– Selective use of “crip” or “crippled” by people with disabilities is a conscious act of empowerment through “reclaiming” a former slur as a badge of pride. “Selected use” means we don’t use it all the time, in every situation. We exercise judgment in when and where it’s appropriate to use.

– “Crip” and “cripple” are also used ironically, to convey a bit of edginess, humor, and confidence, from a community that people tend to assume will be sad, bitter, and boring.

– Disabled people who identify with “crip” or “cripple,” generally share a strong sense of disability pride and deep involvement in disability activism and culture. We know what the social model of disability is, we are familiar with “person first” language, and we take pride in our disability identities. Calling ourselves “cripples” isn’t a sign of self-hatred or ignorance of disability history … quite the contrary.

President-Elect Biden’s inclusion of those with disabilities provoked joy and validation. A few samples from the #CripTheVote twitterverse:

And when CNN’s Jake Tapper remarked on Biden’s mention of people with disabilities and even referenced the hashtag, people went nuts:

It doesn’t come as a complete surprise that Biden, who has struggled all his life with a severe stutter, chose to include those with disabilities as part of the larger group who have had dreams deferred. (Former President Barack Obama gave a shout-out in 2012 as well.) But we just had four years with a president who openly mocked those with special needs.

So it’s not too hard to understand the exuberant responses from those with disabilities and their supporters. Imagine: A leader who treats us with respect!

I know this seems off-topic for a platform focused on education. Yet social justice and civil rights in the disability community are intertwined with goals of ensuring that families, regardless of income level or ZIP code, have access to high-quality schools. I hope our soon-to-be-President, who so movingly speaks of “widening opportunities in America” and “mak[ing] the promises of the country real for everybody” can embrace policies that advance — not defer—dreams of both inclusion and educational equity.

New Newsworks Column: Here’s What’s Wrong with the Way We