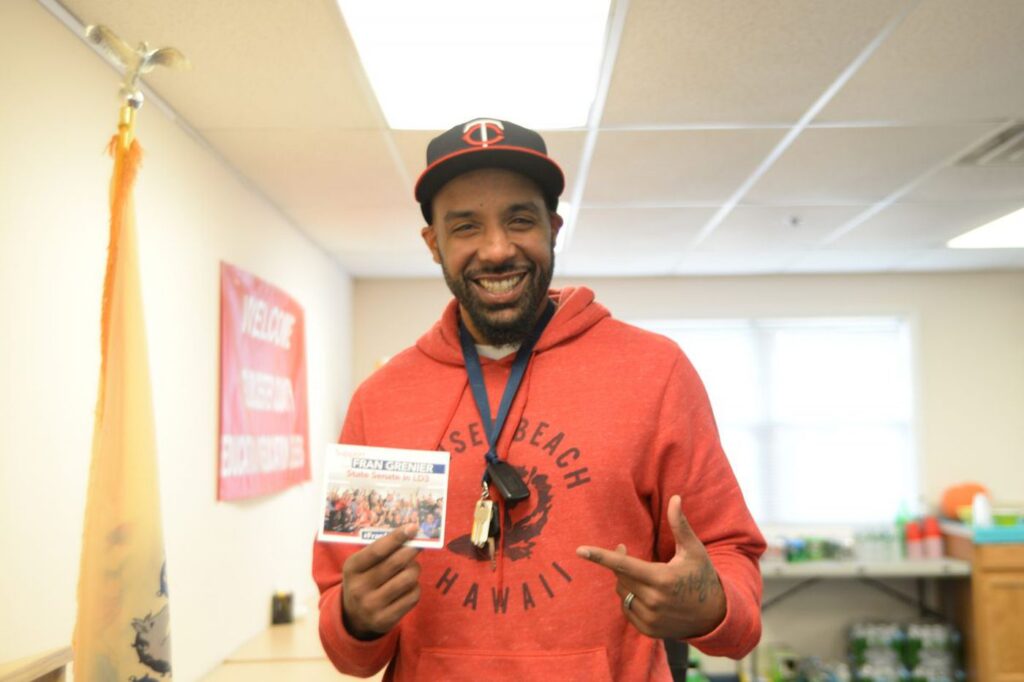 Keith Benson, President of the Camden Education Association, has a petition on change.org demanding that NJEA “utilize its massive legal apparatus” to “challenge the legality” of a 2012 bipartisan bill called the Urban Hope Act (UHA). This bill allowed school boards in Camden, Newark, and Trenton (at that time, three of New Jersey’s most low-performing districts) to approve hybrid charter-district schools, known as “renaissance schools.”

So what’s Benson’s beef? He believes that union jobs are more important than letting parents choose better schools for their kids.

Look, there’s nothing wrong with a union leader protecting his members. Yet Benson’s anti-choice jeremiad is so rife with misconceptions and distortions that I feel compelled to offer some corrections.

First, let’s start with the bill (the final Senate vote tally was 31-1) sponsored by two Democratic legislators. Renaissance schools differ from charters in several significant ways:  Instead of the average 73% of traditional charters’ share of per pupil funding, renaissance schools get 95%. Unlike other charters, they must draw their enrollment from the neighborhood catchment areas and enrollment is controlled by the district. And they get assistance from the state with facilities, unlike traditional New Jersey charters that are completely on their own.

And no wonder: At the time UHA passed, an independent evaluation commissioned by the school board (sadly, no longer on the district website) noted,

Despite spending more per pupil than almost any district in the country, Camden schools have failed to serve their students effectively for years. This is not the fault of any individual or group: There are many passionate, hard-working teachers and administrators throughout Camden. But they have been working in a broken system that has lacked effective leadership for too long.

Evaluators reported that “instructional rigor is low across the district. During the [classroom] walkthroughs we conducted, we found that the vast majority of lessons operate at the lowest levels of rigor.”  The school board is, at best, disinterested, and “the policies, systems, processes, and structures needed to educate children in a mid-size urban district are loosely formulated, misaligned, poorly implemented, or simply non-existent.”

Two years later then-Assemblyman Troy Singleton sponsored a bill, overwhelmingly approved in the Legislature (the Camden School District lauded it as “a win for kids”) to extend the UHA application process by one year. From the bill: “Under current law the applications must be submitted no later than January 12, 2015. The bill would extend this deadline in Camden for an additional year.”

In other words, UHA died in January 2016, almost five years ago.

Mr. Benson, there is no legal action to take. You can’t reform a bill that has expired. In addition, 55% of Camden students attend charter schools or renaissance schools, and they’re not going anywhere. No matter: Benson’s demands are intended to benefit adults; schoolchildren are collateral damage. He writes,“Camden’s nearly 1150 public educators who pay NJEA nearly $1000 annually of their net pay, have their jobs threatened every year because of the fiscal strain of UHA.”

Benson’s money concerns don’t end there. Camden City School District, he complains, is burdened by “the enormous annual drain” of supporting district, charter, and renaissance schools and he’s particularly persnickety about transportation costs. He complains that district facilities are being short-changed, ignoring the fact that the state has paid to completely rebuild Camden High School at a cost of $130 million. (It will open next September and includes a black box theater, a forensic science lab, and a dance studio.)

Look, you can read the petition yourself. But here’s the thing: Before the UHA, two in five Camden district students didn’t graduate from high school and four in five couldn’t read or do math on grade level. Of the 26 schools in Camden, 23 were on the state’s “Priority” list for poor performance. At Camden High School, only 21% of graduating seniors could pass 8th grade-level tests. Average SAT scores were 330 in math and 340 in verbal.

Would you send your kid there?

How is Camden City doing since the passage of UHA and the opening of renaissance schools? According to Stanford University’s Center for Research on Education Outcomes Camden students are showing “significant improvements in math proficiency… as well as other gains relative to the state average for certain demographics.” Those improvements are present in charter, renaissance, and district schools. The researchers note that Camden Black and Hispanic students who attend charter schools “post significantly stronger growth in reading and similar gains in math compared to district students of the same race.” Also, “Camden black and Hispanic students in renaissance schools outperform district  peers of the same race in both subjects.” Nonetheless, all Camden public school students — charter, traditional, renaissance —  are demonstrating year-to-year academic growth.

Keith Benson doesn’t care about student progress. He cares about adult jobs. That’s his perogative but it doesn’t seem too much to ask that an educator prioritize facts over propaganda. Camden Superintendent Will Close Three Schools, Not Four, Despite Teachers