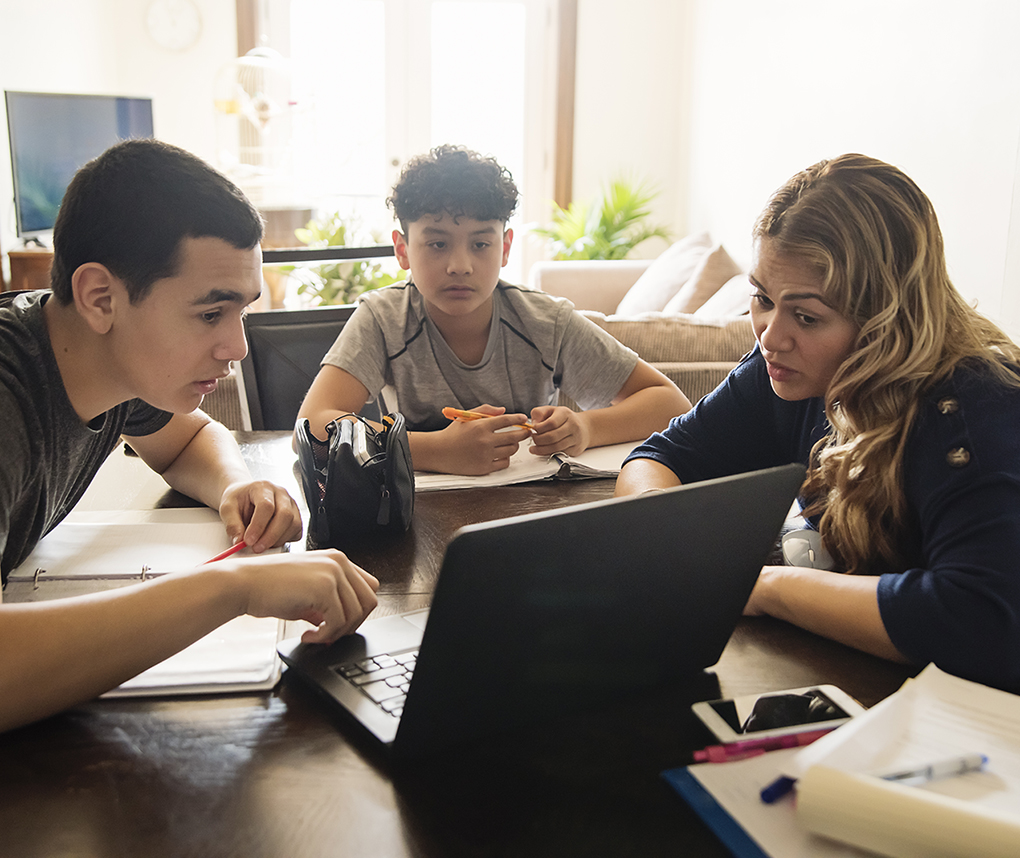 There’s a new poll out on New Jersey parents’ views of the efficacy of remote instruction, a critical topic as COVID-19 cases soar and more and more districts shutter in-person/hybrid schedules. According to the survey, conducted in October by Global Strategy Group in partnership with JerseyCAN and the New Jersey Children’s Foundation, while parents are generally positive about the Murphy Administration’s management of the pandemic, there is low satisfaction with remote learning.

In fact, only 42% of parents rate remote learning as successful and 3% say their children are not participating at all. Among the 600 parents queried, 57% said they were similarly concerned about their child’s health during the pandemic

Most notably, parents of color and low-income parents — whose children are learning remotely at a significantly higher rate than white/Asian children and higher income children — are much more likely to need additional support and less likely to be supplementing their children’s learning with tutoring or other outside sources. According to a press release, “weeks into the new year, parents are looking for more support and assistance from their child’s school.”

From the memo that accompanies the poll:

We tested an extensive list of things schools could do to help support parents and students and found that although parents are receptive to all proposed options, 97% of parents say allowing their child to have regular live access to their teacher, such as live online lessons or phone/video calls would be the most helpful. However, only 57% of parents say that this is something offered at their child’s school and it is significantly less for Latinx parents (52%). Parents also feel that they are lacking information on how their child is progressing throughout the school year.

“I think everybody is sort of practical about what is possible during a pandemic,” said Kyle Rosenkrans, executive director of the New Jersey Children’s Foundation. “But we really need to be thinking much, much bigger about what it means to recover from all of this.”

Thus, JerseyCAN and NJCF recommend that low-income families have free internet and one-on-one devices; that the Murphy Administration conduct a “statewide analysis of learning loss; and the state start to plan for expanded summer programs so children don’t have to repeat grades.

Here are the key findings:

• Ensuring their child’s overall well-being is particularly concerning for low-income families, Black parents, and remote learners. Almost six in ten (58%) parents say they are very concerned with ensuring that their child feels safe and emotionally at ease during this time. This is more of a concern for Black parents (64% very concerning), low-income parents (67%) and remote learners (64%), more so than higher-income parents (54%), white parents (58%) and parents of in-person/hybrid learners (55%).

• Financial and work insecurity are top concerns for low-income parents and parents of color. More than four in ten parents (43%) – including 52% of parents of remote learners and 66% of low-income parents – say they are uneasy about their family’s financial situation over the next few months. This includes 56% of parents who say they or their partner had reduced or missed work as the result of the coronavirus. Low-income people of color are hit the hardest, not only are they more likely to change their work schedule so they can be home when their child is not in school (25% low-income Black and Latinx) than parents overall (18%) but are also more likely to say that they or their spouse will take time off or leave their job to stay at home (22% low-income Black and Latinx, 14% overall).

The partners conclude that New Jersey must address these three issues:

● Closing technological barriers. Sixty percent of parents say that their school lending technology devices like iPads or laptops to each child in the family would be very helpful, yet only half of parents say their children have access (50%). Nearly a third (30%) of parents say that their child does not receive any technology support – free internet or mobile device – with parents of remote learners (32%) more likely to say they are not receiving technology support than parents of in-person/hybrid learners (28%). And of those who are receiving support, more than a quarter (27%) of low-income families – especially low-income Latinx families (26%) – and more than one in five parents of remote learners (22%) say that the support given to the family is in fair/poor condition.

● Food insecurity. A staggering 35% of parents in New Jersey say that they have skipped meals or reduced the number of meals they consume personally or reduced/skipped their child’s meals because of the pandemic. Low-income parents (51%) – specifically low-income Latinx parents (56%) and low-income Black parents (52%) parents – are particularly likely to have skipped or reduced their family’s meals because of the coronavirus pandemic. Additionally, 67% of low-income parents say that resources to help with food, housing, employment, health and other emergency needs would be very helpful, but only 29% of state schools are working to bridge this gap – suggesting this is a priority need among this population that should be addressed.

NJ a Loser in RTTT?