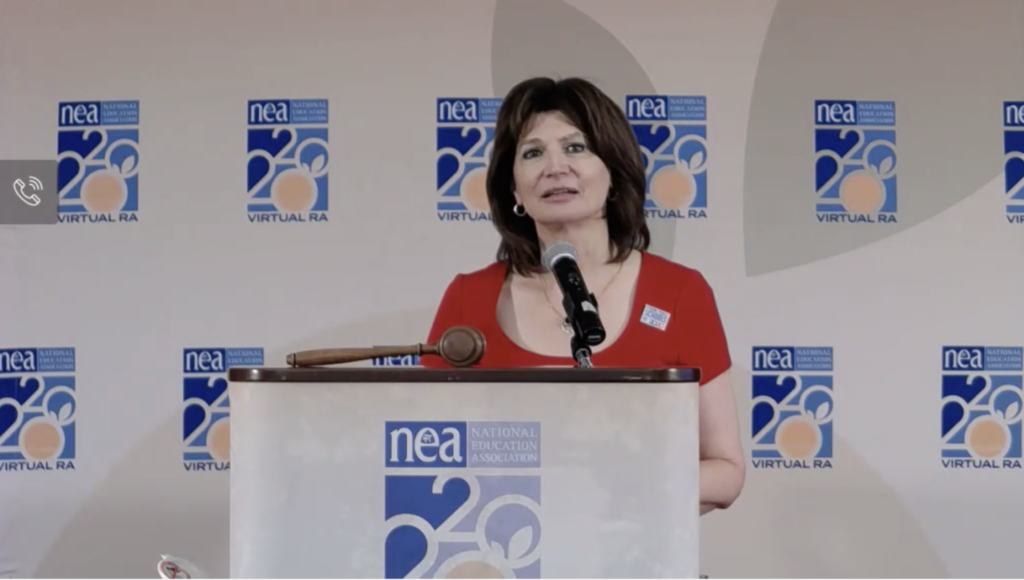 This is the full copy of a letter sent yesterday to the Biden/Harris transition team from national advocates for students with disabilities. Here, they detail their “serious concerns” about the rumored selection of former National Education Association president Lily Eskelsen Garcia, who is rumored to be at the top of the list for the position of U.S. Secretary of Education.

The signatories of this letter are national advocacy organizations that represent students with  disabilities, their families, and the educators who serve them. Together, we advocate for policies that  ensure students with disabilities are included in all aspects of society and have every opportunity to  succeed. We write to express serious concern about the potential nomination of Lily Eskelsen Garcia as  the Secretary of Education and positions previously taken by the National Education Association (NEA)  while she served as their president.

Eskelsen Garcia served as President of the NEA from 2014 through 2020 and, in that role, led and oversaw the development of many positions that stood in direct opposition to those taken by parents  and parent advocacy organizations in support of children with disabilities. The positions taken by NEA were detrimental to the success of students with disabilities. These include but are not limited to the  following:

3. Opposing the 1% cap on the use of alternate assessments in the Every Student Succeeds Act.  Research shows that the vast majority of students with disabilities can and should be achieving  at grade level content standards.4 It is only appropriate for a small percentage of students with  disabilities to participate in statewide alternate assessments based on alternate achievement standards (AA-AAS). Thus, the Every Student Succeeds Act imposes a 1% cap, limiting  participation in these assessments to 1% of students (approximately 10% or less of students  with disabilities). NEA opposed this cap and fought to allow more students to be held to this  lower standard, despite students’ ability to achieve at higher levels. Despite it being contrary to  the law, being assigned to the AA-AAS can have very significant negative consequences for  students with disabilities, including removal from general education instruction and lowering  expectations for students to achieve grade level standards, being assigned to segregated  classrooms, and being unable to graduate with a regular high school diploma.

5. Opposing efforts to eliminate seclusion and reduce physical restraint in schools. Data from the  U.S. Department of Education Civil Rights Data Collection continues to show that most students  restrained and secluded were students with disabilities, who comprised 13 percent of all  students enrolled, yet represented 80 percent of all students physically restrained, and 77  percent of all students secluded.9 Restraint and seclusion are dangerous practices that continue to cause children trauma, injury, and death. The disability community has advocated for many  years that federal legislation is needed to establish national minimum standards to prohibit the  use of seclusion and prevent the use of physical restraint in schools. NEA supported the Keeping  All Students Safe Act in 2014 but then failed to do so under Eskelsen Garcia’s leadership through  2020.

As the leader of NEA, Eskelsen Garcia had the opportunity to steer the organization toward equity and access for students with disabilities but failed to do so. We have serious concerns about placing  someone with such values at the helm of the U.S. Department of Education — a federal agency that is  charged with upholding the civil rights of students with disabilities and improving outcomes for all  students.

We would be happy to discuss these concerns in greater detail and hope you’ll seriously consider them  as you develop and finalize the slate of potential nominees. We encourage you to ensure that any  nominee for Secretary of Education has a strong track record of supporting the inclusion of and ensuring  high standards for students with disabilities.

Association of University Centers on Disabilities

Council of Parent Attorneys and Advocates

5 The Advocacy Institute (2015). Assessment & Accountability for Students with Disabilities A Look Back at the Alternate  Assessment on Modified Academic Achievement Standards. Available at: https://www.advocacyinstitute.org/ESEA/AA MAS.Look.Back.Jan2015.pdf

The Spectrum Disorder of Education Reform: A Little Behavioral Therapy

What Do New York Parents Think About de Blasio’s Attack