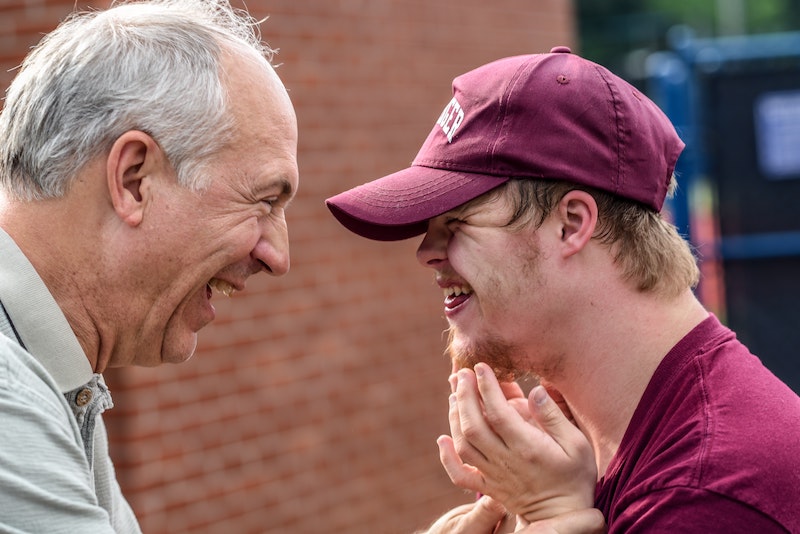 A new study from Oxford University in England, published in the Annals of Internal Medicine and summarized here in Science, says that people with Down Syndrome are five times more likely to die from COVID-19 than the general population. While the U.K. has put people with the syndrome (who have three copies of a gene on chromosome 21 which is why it’s also called Trisomy 21), at the top of the list for receiving vaccinations, America has not. In fact, the U.S. Centers for Disease Control and Prevention (CDC) doesn’t even include Down Syndrome on its list of conditions that make COVID-19 more dangerous, like diabetes, obesity, and auto-immune disorders.

Down Syndrome advocates, time to buckle up. American researchers concur with the U.K.: This country’s 200,000 people with the condition are at a far higher risk of dying from COVID. In fact, all  New Jersey caregivers and parents — not just of those with Down Syndrome but other of those with other intellectual disabilities— should press Trenton to prioritize our kids because they also are more likely to have more severe cases of COVID than the general population.

First let’s look at Down Syndrome (DS) and then we’ll turn to Jersey-centric issues.

Why are people with DS more at risk? The Oxford researchers used a database of the U.K.’s general population and then corrected for those factors that make people more susceptible to dying from COVID-19. Here are the results:

People with DS hospitalized with COVID-19 who are 40 and older have a mortality of 51% versus 7% compared with those under 40. In fact, their mortality rate is similar to people over the age of 80 who don’t have DS.

Why? While there are other aspects of DS that make people more susceptible to respiratory infections — large tongues, small jaws, large tonsils and adenoids, lax throat muscle tone—the risk comes from a specific genetic factor. Joaquin Espinosa, a genomicist at the University of Colorado’s Linda Crnic Institute for Down Syndrome, says, “The cells of people with Down syndrome are constantly fighting a viral infection that does not exist. That reflects a revved-up immune system that may tip people with trisomy 21 into the hyperinflammatory state that typifies severe and fatal COVID-19.”

Yet in New Jersey we’re still waiting for the Murphy Administration to put out guidelines for vaccine distribution. (The CDC makes recommendations but states pretty much do what they want.) According to an article today in North Jersey called “When it comes to COVID vaccine rollout, NJ has no clear answers for people with disabilities,”

Since March, when the first COVID-19 case was reported in the state, families of disabled individuals have been “screaming” to be heard. Now they are fighting to gain the attention of state officials and advocates to ensure their loved ones are at the front of the vaccine line.

N.J. is dividing its vaccine distribution into phases. Phase 1a includes 470,000 to 554,000 health care workers. Phase 1b will be the state’s “1.66 million to 2.22 million critical infrastructure workers and more than 2.77 million residents at higher risk of severe COVID-19 illness including people 65 years of age and older.” But while parents and lobbyists beg for information, it’s unclear when people with intellectual disabilities will have access to the vaccination, including those with Down Syndrome who, in England, are on a list of “clinically extremely vulnerable” people.

The American Network of Community Options and Resources (ANCOR), a major advocacy group for people with intellectual and developmental disabilities (I/DD) says, this lack of certainty —only 10 states have prioritized this population — has the “potential for damning effects on the safety and well-being of people with I/DD given the precarious situation in which they find themselves during this pandemic. On the one hand, community-based providers of disability services have done a remarkable job of keeping the people they support isolated from the coronavirus. However, mounting evidence finds that people with I/DD who contract the virus are significantly more likely to die from it.”

The Murphy Administration has been distressingly vague. Parents and caregivers hoping to get their loved ones in Phase 1b are not reassured by response like this from the Governor:

I’m pretty sure they’re in group 1b, the question is where are they going to be in group 1b. So the communities in 1b are significantly larger than the 1a group, so that’s a process that we’re still working on with the feds. There’s a supply and demand issue that does not last forever. The good news here is you get through this in a matter of weeks. The timeframe I’m sort of ballpark thinking on 1b is its early February to sometime in April. Eight to 10 weeks and the question is how do you stack that up, which is to be determined.

Take it from this mom of a son with I/DD: We’ve had our kids home since March (my son has 90 minutes of Zoom a day, for which we’re absurdly grateful) and, like so many other parents, we’ve been vigilant about protecting him from exposure. “Ballpark thinking,” “pretty sure,” and “to be determined” doesn’t work for us.

Or listen to Lisa Parles, a lawyer for people “with disabilities wronged by the system” and the mom of 30-year-old son who has severe autism and “complex medical needs. She told North Jersey, “this is beyond crisis and we are beyond exhaustion. Loved ones’ lives are at risk.”

We need answers: Are our kids in Phase 1a or 1b? Are they further down the list? If they’re in 1b, where among those 5 million people do our children fall? When the NJ Department of Health says, “the health of individuals with developmental disabilities is a priority” and “we will be making an announcement on this at an upcoming COVID briefing,” we note the deflection and equivocation.

Please give us answers, not brush-offs.

New Newsworks column: Is it time to reevaluate the preeminence

New Report on Middle-Class N.J. Public Schools: “Not as Good