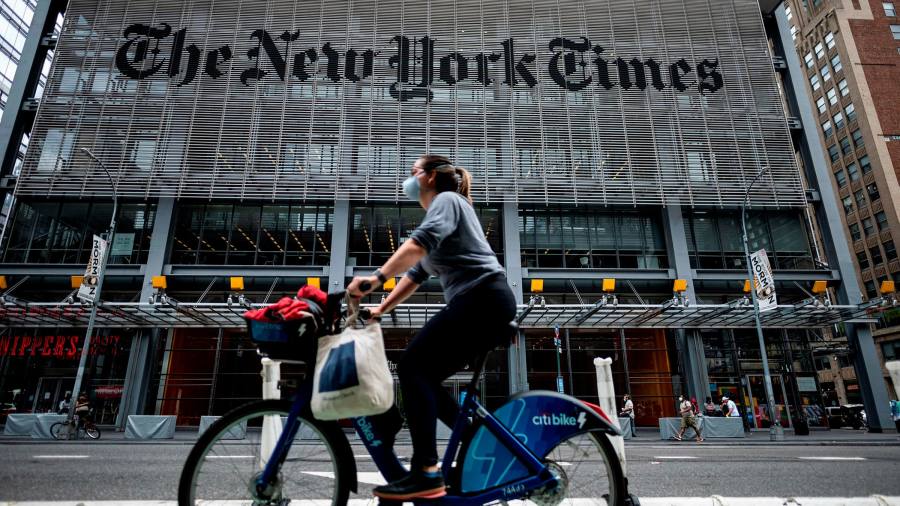 The New York Times Editorial Board, in a piece published Sunday called “The Wreckage Betsy DeVos Leaves Behind,” excoriates out-going U.S. Education Secretary DeVos for a litany of abuses, some of which I’ve covered myself: her recission of Obama-era guidance that protects the civil rights of students with disabilities, students of color, and transgender students. More globally, the Board labels DeVos “the most disastrous leader in the Education Department history” and criticizes her “lack of vision” and evasion of responsibility regarding school closures, deriding her as a “mere bystander in a crisis that disrupted the lives of more than 50 million schoolchildren.”

Yet the NYT Board makes one crucial error of omission by failing to acknowledge, on at least one issue highlighted in the editorial, they are on the exact same page as DeVos.

Why is the once sharp-sighted Gray Lady so blind to granularity? Because the paper has undergone a Great Awokening that precludes finding value in diverse viewpoints. Instead it appears to be drowning in partisanship, deeming readers so fragile that they can’t process complexities unless they’re reducible to a tweet endorsed by AOC.

Towards the end of Sunday’s bludgeoning of DeVos, the Editorial Board wisely advises Miguel Cardona, President-Elect Joe Biden’s pick for Education Secretary, to “resist calls to put off annual student testing,” despite demands from union lobbyists (see here for NJEA’s predictable stance) to waive 2021 standardized assessments. Why? The Board writes, “given a shortage of testing data for Black, Hispanic and poor children, it could well be that these groups have fared worse in the pandemic than their white or more affluent peers. The country needs specific information on how these subgroups are doing so that it can allocate educational resources strategically.” Also, “parents need to know where their children stand after such a sustained period without much face-to-face instruction. Given these realities, the new education secretary — whoever he or she turns out to be — should resist calls to put off annual student testing.”

Totally agree! The NYT Editorial Board nails it! Schools must collect data on student proficiency so we know which kids need intervention to get them back on track.

But here’s the thing: Betsy DeVos feels the same way. In a letter this past September to all state education leaders DeVos wrote,

Research shows that school closures this past spring disproportionately affected the most vulnerable students, widening disparities in achievement for low-income students, minority students, and students with disabilities.  Almost every student experienced some level of disruption. Moving forward, meeting the needs of all students will require tremendous effort. To be successful, we must use data to guide our decision-making…The challenges posed by this crisis only underscore the value of collecting and reporting on a standard measure of student performance. Leaders should not have to continue to steer recovery efforts in the dark, and families and communities should be able to access the information they deserve about how schools are serving all students.

Shouldn’t she get a teensy bit of credit for this admirably child-centric position, especially since the Board spends four paragraphs of the editorial advocating the same thing? Isn’t it worth the ink—and don’t readers deserve to know—that she got something right? Has America’s political polarization killed off all acumen, all devotion to delving below the surface, all openness to incongruous truths?

I think it has, not just in much of major media but in the fight for educational equity, which U.S. Senator Patty Murray (a staunch Democrat) defines as “the moral responsibility to understand how all of our students are doing, where we are falling short, and we have to use data to make sure that we are doing the right thing and sending the dollars to where they are needed the most.”

Look, I love the New York Times. As a kid growing up in the Bronx and Queens, it was in our home every day. When my husband and I were getting ready to move from upstate NY (so he could make the daily commute to his NYC business and we could be closer to my family), my conditions for choosing where to live were a good (affordable) school district, the availability of real bagels, and home delivery of the NYT.

I still read the paper every day. But I sense a disturbing shift in the paper’s coverage —call it lack of nuance or an overdose of wokeness—that aligns with the talking points of anti-testers who claim to care about kids but are all about protecting adults.

After all, the NYT Editorial Board can’t acknowledge that Betsy DeVos, when she wrote, “to be successful, we must use data to guide our decision-making,” was absolutely right,  absolutely progressive, absolutely guided by the principles of educational equity. She literally called for exactly what they are calling for but somehow, because they loathe her; it doesn’t count.

In fact, in this instance DeVos is aligned with the Democratically-controlled New Jersey Senate, which recently approved a bill (38-1!) sponsored by Sen. Teresa Ruiz and supported by civil right groups. This bill, now at the mercy of the Assembly and, if it gets that far, the Governor’s veto pen (Murphy is umbilically tied to NJEA), would require the state Education Department to, well, use data to guide our decision-making  by compiling  “a learning loss report that identifies and quantifies the impact of the COVID-19 pandemic on student academic outcomes.”

Truth is hard. It defies reductionism and subtraction. While it may be comforting to demonize Betsy DeVos,  it’s far  harder — and better serves readers—to acknowledge  that she was a fierce advocate for school choice and, at least in the realm of measuring COVID-related learning loss, a fan of accountability.  While it may be comforting to demonize those who urge standardized measurements of student academic growth, it’s  more useful to acknowledge that, sure, no one likes tests but sometimes they are a key component of doing what’s right for kids.

Most of real life is irreducible to polarization and overly simplified labels. The New York Times would be a better paper if it acknowledged and honored that truth. Advocates for educational equity would have a far greater impact if we worried less about being “woke” and more about what we need to do to keep our most  marginalized children from being  permanently left behind.