What Does Trump Have to Do With a Jersey Charter School? 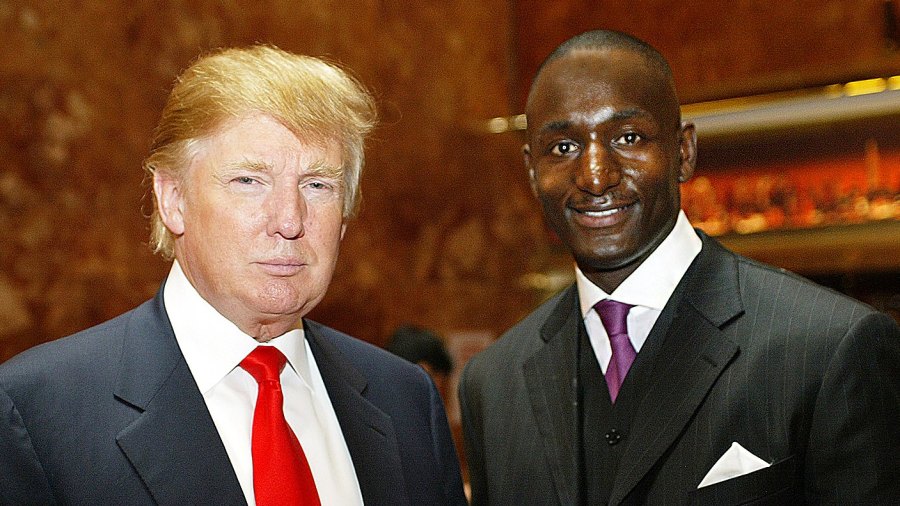 Randal Pinkett is a Newark businessman and the first African-American student  from Rutgers to win a Rhodes Scholarship. He’s also unafraid to call out the hypocrisy of lobbyists who try to curtail local parents’ rights to choose the best public school for their children. These people, he says, are “marginalizing the voices of Black and brown families, a behavior he calls “Trumpian.”

Pinkett would know. In addition to his other accomplishments, he is a former winner of Trump’s defunct TV spectacle “The Apprentice” as well as a former Trump Organization staff member.

In his op-ed Tuesday in the Star-Ledger, Pinkett criticizes posh communities like Montclair and Princeton that display Black Lives Matter signs while duplicitously undermining “Black and brown families [who] are fighting every day for educational equity and opportunity for their kids.”

And he employs a specific example of this hypocrisy: his local school district, Franklin Township in Somerset County, has a history of lobbying the New Jersey Department of Education to halt the expansion of a small public charter called Central Jersey College Prep (CJCP).

CJCP is not one of large charter management organizations like KIPP or Uncommon but what some in the field call a “mom and pop” charter, an independent non-profit. (NJ only has non-profit charters.)  The K-12 program gives preference to students from Franklin Township, New Brunswick, and North Brunswick but anyone can apply through a public random lottery, which is weighted so that economically-disadvantaged students, English Language Learners, and homeless students are listed three times, tripling their odds of entry.  CJCP has two campuses, one in Somerset and a relatively new one in New Brunswick. The latter is intended to accommodate low-income parents who might have a hard time getting their kids to Somerset.

CJCP is extremely popular with parents; 1,500 students apply each year for scarce slots. No wonder: in 2016 the school was awarded the coveted Blue Ribbon School award and since 2013 has been designated by the state Department of Education “Tier 1,” the highest level of NJ’s charter accountability system. In 2020 CJCP was named a National Character School, a College Board AP Capstone School, and a GreatSchools College Success Award. Since 2011 it has had a 100% high school graduation rate and 100% admission to four-year colleges, even though (in 2019) 35% of students are first-generation college students. The average college scholarship is $270K per student. In 2020 88% of students got 3’s or higher on their A.P. tests (17 A.P. courses are offered) and state standardized test results are higher than both state and local district averages.

Example: for 2018-2019 (the most recent DOE data available), 79% of CJCP students met or exceeded expectations in ELA 10, one of NJ’s high school graduation requirements. The state average was 58%, Franklin Township’s average was 63%, and New Brunswick’s average was 33%.

Did I mention that, according to NJ’s Taxpayer’s Guide to Educational Spending, Franklin Township spends $24,255 per student each year while CJCP spends $14,873 per student?

Not that Franklin Public Schools’ crusade against CJCP has anything to do with money.

CJCP wants to expand to accommodate demand, especially in New Brunswick. (Pinkett: “We have Black and brown parents waiting in line for years to get their kids enrolled there.”) Last year the expansion request was denied, not terribly surprising given NJEA leaders’ fierce grip on Gov. Murphy and then-Commissioner Lemont Repollet’s throats. So the school recently reapplied to new Acting Commissioner Angelica Allen-McmIllan, requesting a more modest expansion, from 1,236 students this year to 1,668 students in 2025. Pretty reasonable. So the question is will Franklin Township School Board plague CJCP once again with nuisance lawsuits and false accusations?

No need to parse the endless waste of Franklin Township taxpayer money and the assault on parent autonomy.  Here are a few examples among many.

I wonder what’s best for students, both traditional and charter: Should Franklin Township Public Schools use its resources to  improve literacy instruction so that more than one in four third-grade students are proficient in reading, a critical benchmark for future academic success? Should the district use its resources to meet state goals for high school graduation for Black students or to meet state goals for all students in math? Or should the district, as Pinkett puts it, “to attack the school publicly with baseless claims and even frivolous lawsuits?”

What’s better for public school students, both traditional and charter?

Pinkett writes at the end of his op-ed,

I have grave concerns for our future and it reached a tipping point when traitors stormed the U.S. Capitol. Instead of being known as the Soprano state where we are siloed, divided, scared to find a compromise and quick to file lawsuits, hopefully, we can learn from the extremism we saw in Trump’s daily actions — and do better.

I hope we can do better too. DOE and Franklin Township, are you listening?

When Local Control Runs Amok: A Case Study of Lakewood, Too Much Fun to Pass By: Planet Princeton Trips Up