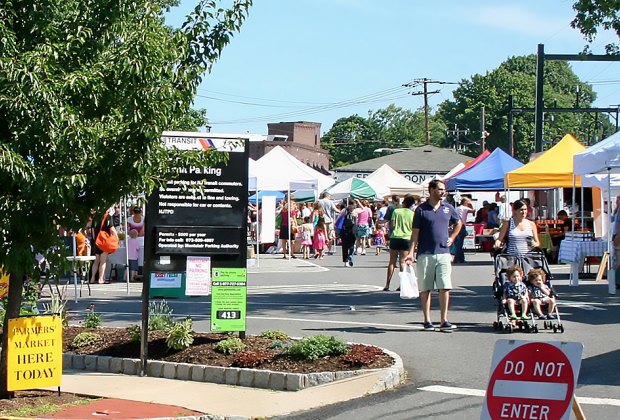 What’s not to like about Montclair, New Jersey? Niche rates it “A+” for quality of life, Caldwell Banker calls it the “top destination for city buyers” (only 12 miles from midtown Manhattan), and Village Green says it’s a “perfect intersection of a vibrant urban center and delightful suburban living.” Heck, you could be neighbors with Stephen Colbert and make-up maven Bobbi Brown (if you can afford the median home price of $700,000 and an annual average property tax bill of $20,000).

And then there are the schools!

And then there are the schools.

During these turbulent weeks as school leaders flirt with bringing children back into classrooms, districts large (Chicago) and small (South Orange-Maplewood) are facing resistance from local arms of the national teacher unions, AFT and NEA. Typically, white liberal Democrats — “progressives,” in the modern vernacular— are fierce defenders of their community’s local education bargaining units. Yet there is some evidence that this alliance is weakening as many families approach a full year of pandemic-induced remote instruction.  For a clear example, look no further than Montclair where, as the New York Times pointed out Monday, parents are on one side of “the battle of school reopenings” and union members are on the other. This divide has “outsize relevance in a state where the governor, a Democrat running for re-election, has repeatedly said that he wants students back in schools but has done little to require it.”

It’s worth noting that the mayor of Montclair and the Vice President of powerful NJEA, the state teacher union, is Sean Spiller. (Montclair teacher union president Petal Robertson is running for NJEA Secretary-Treasurer.) Matthew Frankel, long-time Montclair resident with two children in district schools (and –full disclosure–fellow education advocate) told me, “what separates Montclair from every other Jersey town is Sean Spiller. He’s giving political cover to MEA [Montclair Education Association] to go to extremes.” Mike Lilley of the Sunlight Policy Center says Spiller’s dual post is a huge conflict of interest. Why? Montclair is a Type 1 district (one of only 11 out of 584 in NJ)  so Mayor Spiller appoints the school board. Mayor Spiller also appoints members to the Board of Estimates, which approves the school district’s budget. In 2015 a local group called Montclair Kids First won a suit against Spiller; at the time he was a councilman appointed to the Board of Estimates and the judge ruled that “Mr. Spiller has a fiduciary obligation to pursue the goals of his employer, the union” rather than the goals of the town.

Meanwhile, according to a district survey,  64% of Montclair parents want their kids in school either full or part-time.

And there’s this: Yesterday the Centers for Disease Control and Prevention said we should return children to the nation’s classrooms as soon as possible beccause “the preponderance of available evidence indicates that in-person instruction can be carried out safely as long as mask-wearing and social distancing are maintained.”

Spiller’s multiple obligations to NJEA inflate Montclair Education Association’s authority and overpower the voices of parents and the judgement of epidemiologists. Example: Superintendent  Jonathan Ponds (the seventh Montclair superintendent in seven years; this is not a position for the faint-hearted) planned on reopening schools for elementary school students on Monday. In preparation, Ponds’ administrators set up a day of professional development for teachers. From New York Magazine:

Montclair’s elementary teachers, who were supposed to come into their school buildings for a day of training in advance of their imminent return to class, staged a work action. The parking lots were empty. No one showed up to receive the training or to prepare their classrooms. That afternoon, the local union put up an Instagram post: an array of selfies taken by teachers who were sitting at home, grinning in union T-shirts, with the hashtag #businessasusual.

(This is a separate incident from the time when teachers didn’t show up in for in-school instruction for 30 students with autism.)

Last Thursday, a few days before school reopenings for the youngest kids, MEA leaders held a meeting with Ponds that they described as “hostile.” Friday evening Ponds sent a letter to parents that says, in part,

It is with deep regret that I inform you that I am unable to properly staff our schools for in-person, hybrid teaching and learning on Jan. 25, 2021. As a result, I cannot open our buildings to students as planned. My team and I will be meeting with the Montclair Education Association (MEA) along with a third-party mediator this weekend to facilitate an agreement. We are also working in consultation with our legal counsel…The decision to delay our opening of school buildings is disheartening. For all our families and students who were anxiously awaiting the return to in-person instruction, I realize how unsettling this news is.

How did Montclair parents take the news?

If this were just Montclair we’d call it an aberration in the typical alignment of teacher union leaders and progressive parents. But it’s not just Montclair. In Jersey City, NJ’s second largest district where school remain closed, Superintendent Franklin Walker owned up to an “academic slide” while parent Sylvia Jackson told nj.com that “the district has not been transparent, spending too much time telling parents it’s not safe to return, instead of talking about what needs to be done to get the students back in classrooms.”

More widely, while national and state union leaders first applauded President Biden’s plan to get schools open in 100 days for K-8 (Acting DOE Commissioner Allen-McMillian said “we’re thrilled that the Biden Administration recognizes the importance of in-person learning for our children”) local unions are starting to push back. NJEA spokesman Steve Baker told the Star-Ledger, “vaccinating teachers has to be a priority and questioned if the Biden administration would have enough time in 100 days to distribute enough vaccines.

More tellingly, NJEA’s president @MarieBlistan warned of at a “shift in strategy”:warning of “interruptions in learning for maybe another year.”

Yesterday Education Week asked, “has the public turned on teachers?”

I don’t think so. We love our kids’ teachers. But parents are no longer oblivious to union leader tactics. Ryan Griffin, a Chicago dad of three boys, told EdWeek, “it’s in nobody’s interest in this to reopen in an unsafe environment. Our interests should be aligned, and somehow they’re vastly not aligned. And our kids … are just being forgotten.”

If the interests and values of teacher leaders and progressives are diverging, maybe that’s not a terrible thing. Maybe this opens up a tiny window for chipping away at a static institution that eschews accountability. Maybe parents’ new awareness of education politics presents an opportunity to insist that children’s needs come first.

See? It’s not just Montclair. But the prosperous town offers a sharp example of the emerging rift between what teacher union leaders want and what many parents want. It’s an open question whether this rupture in allegiance is a passing fad, ephemeral as a mayfly, or will remain a resonant lesson for progressive parents.

Hyperbole of the Day Was Lakewood Board of Education’s Hiring of Attorney Inzelbuch Legal?

New Newsworks Post: The Charter School Approval Bottleneck at the Has the NJ Department of Education Misallocated Federal Funds Intended