JAMES: ‘Roger the Dodger’ León Threatened to Sue Me But I’ll Still Call Him Out on 3,000 Missing Newark Students 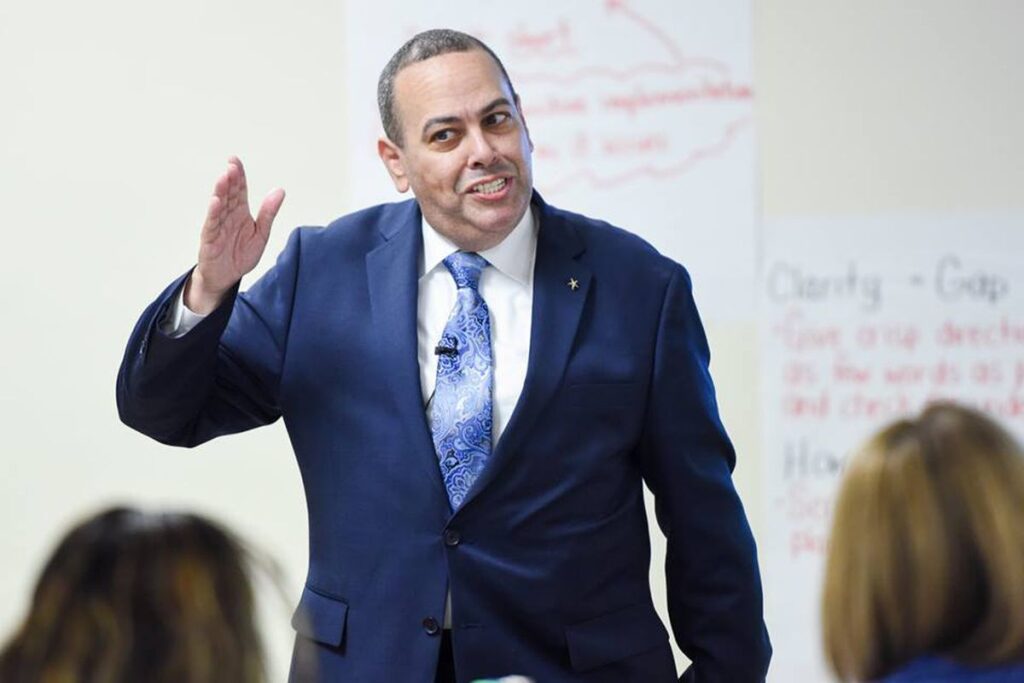 I am sharing with you the rumblings I am now hearing about Newark Superintendent Roger León.  After my last post I received a boatload of information.  So here we go.

In reaction to my last blog, a friend who still works closely with one of Roger’s deputies called me with some big news.  It looks like the State has put Newark back in its sights and is investigating the Superintendent and his school enrollment plan.  Yup, not good for Roger.

I also heard that Roger has now picked up a new nickname –-“Roger the Dodger”–within some school level circles.

This came up at a Zoom meeting I attended where it was explained to me that the nickname came about after the Superintendent decided to listen to Newark Teachers Union President John Abeigon and postpone school again. The Dodger part comes from Roger’s fear of making tough decisions. Also, not good.

But it gets worse.  Read ChalkBeat Newark’s piece about how the District’s inability to address absenteeism could not come at a worse time. It sounds like folks at City Hall are not only concerned about this issue, but some of the wrong people were blindsided.

Now to be clear and real, I have no idea what Mayor Ras Baraka thinks about this. Still, it seems even more than this State investigation, Newark’s chronic absenteeism is a real concern and is the issue more likely to affect whether Roger stays or goes.

I don’t know enough about this supposed State investigation or the nickname thing but, like many Newark parents, this absenteeism has upset me for a while.

As you may remember, last September, I called Roger out for running around bragging to our State that Newark’s school attendance had a 99.8% attendance.  At the time, it just did not sound right.  It sounded like a big fat lie, and it got me frustrated.

It now seems I was right.

According to ChalkBeat, the issue is far worse than Newark or the State realized; many are concerned and the rumbling about León‘s future has already started:

More than 1 in 5 Newark students were chronically absent from remote learning this Fall, according to district data, meaning that thousands of students went missing from their virtual classrooms on a regular basis….3,000 of those students were “severely” chronically absent, according to the District’s criteria, meaning they missed more than 9 school days — the equivalent of two weeks or more of class. If the pattern persists, those students will lose out on more than 30 school days by the end of this academic year.

So, somehow — Newark went from near 100% attendance in Spring to this?

Remember, after I blogged about this issue in September, León called me up and threatened to sue me —I still have the audiotape of the conversation.

It looks like I had good reason to call him out.

More importantly, it now seems many others around Newark are now asking the same questions I did last fall.

As I have admitted, my own concerns about our school district have gone up, and this winter the temperature is now rising for many –- as are the rumblings.

So here we go again.  We have all seen this movie before when Cami Anderson was here.  While I would not necessarily say we are in Cami territory, it looks like Part II might be in development.

But regardless of the name-calling and the investigations, I think Roger can help his standing in Newark by being honest with us and answering this question – Are Our Boys and Girls Attending School or Not?

Why the Current ESEA Draft Will Hurt Vulnerable Children