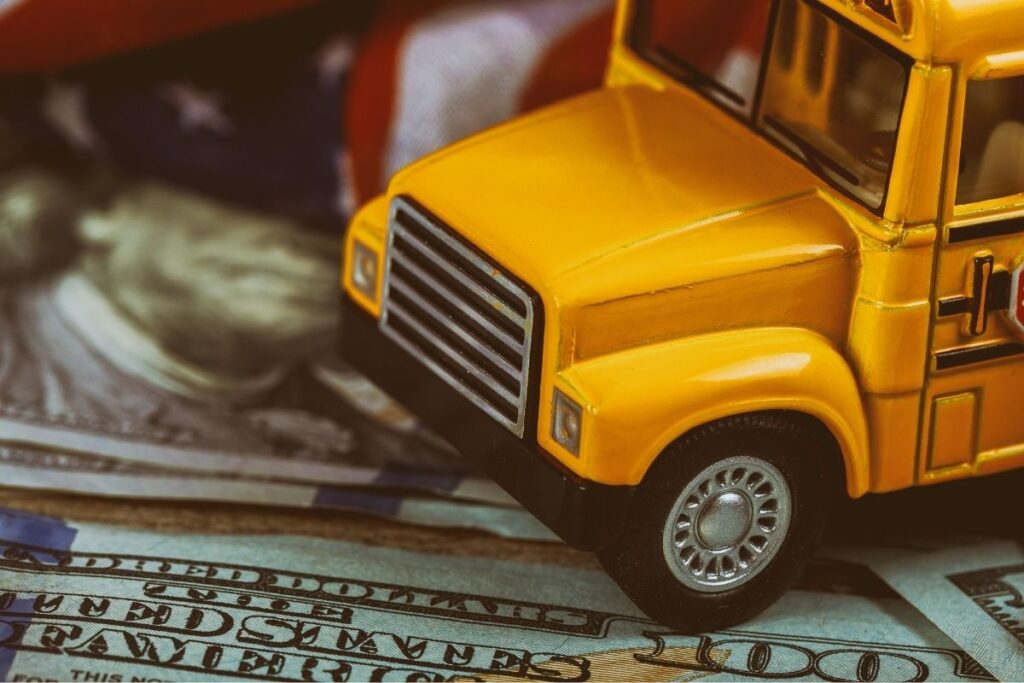 The Fordham Institute issued today a report called “Robbers or Victims? Charter Schools and District Finances.” This data analysis of 21 states (including New Jersey) is summarized by Mike Petrilli and David Griffith in the foreword, who explain that “host districts’ instructional spending per pupil remained neutral to positive in all 21 states, even in the face of charter expansion. Notably, this finding is consistent with the growing body of research that suggests charter competition has a neutral-to-positive effect on the achievement of students in traditional public schools.”

No big surprise, right? Fordham has long been a champion of school choice and it makes sense that it would celebrate the fact that charters don’t harm district revenue streams. But here’s the newsflash: The expert who analyzed the data is Mark Weber, aka Jersey Jazzman, who has made a career out of attacking New Jersey’s public charter school sector, particularly by claiming that it poses an untenable fiscal burden on traditional district schools. (See here.) Yet one must admire Weber’s honesty and scholarly integrity in signing off on a report that, in fact, concludes the opposite.

1. In most states, an increase in the percentage of students attending independent charter schools was associated with a significant increase in host districts’ total revenue and spending per pupil.

New study conducted by @jerseyjazzman finds that charter schools do NOT drain money from local districts. His study shows that in NJ, an increase in the # of charter students is associated with more state funding per pupil for districts where the charters are located.

Necessarily, Weber presents some qualifications to these conclusions. He notes that because charter school enrollment has increased steadily over the last 20 years, “less is known about charter schools’ effects on traditional public schools’ finances — especially in states where charters are a relatively new phenomenon — and the debate over these effects remains as confusing as it is contentious.” Both critics and advocates of charter schools make claims “based on assumptions rather than hard evidence.” The data is “complex and thus subject to interpretation.” He calls his findings “tentative” because different states have different funding formulas for charters. He cautions against “drawing any facile conclusions about the positive or negative effects of increased spending and revenues in school districts that host charter schools.”

Because independent charters aren’t randomly assigned to districts, the estimates presented herein are  necessarily descriptive rather than causal. In other words, although charter growth may correlate with changes in district finances, it’s impossible to say with certainty whether it’s causing those changes. Yet, despite these caveats, the findings are important. In most states with nontrivial charter sectors, there is a  statistically significant relationship between independent charter market share and host school districts’ revenue and spending per pupil — though it may not be what readers expect.

Those are important caveats, appropriate for a serious data-driven analyst. Nonetheless, Weber’s findings — first, there is “a statistically significant relationship” between charters and district revenues “though…not what readers may expect” and, second, as the percentage of students attending independent charter schools increases, host districts’ total revenue and spending per pupil also increases — is definitive.

There are several references to the impact of New Jersey charter schools on district budgets. It’s important to remember that In New Jersey the majority of public charters are located in low-income districts (our biggest sectors are Camden and Newark) and, due to our progressive funding formula, much of  “Abbott” per-pupil school revenue comes from the state, not local taxpayers. (In Newark, 11.8% comes from local taxes and in Camden 3.9% does.) Thus, Weber’s data shows that when NJ charter enrollment expands, local costs don’t go up because the state is responsible for the revenue. He writes, “[o]nly in New Jersey was higher independent charter market  share associated with an increase in state revenue per pupil but not in local revenue per pupil.” 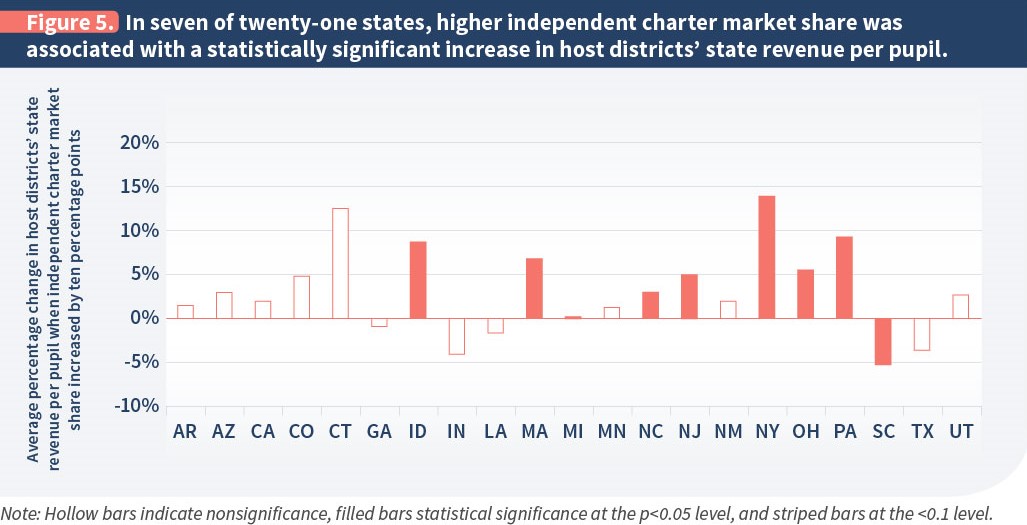 Here’s a related NJ factoid: Weber says that among several patterns that emerge from the result is this one: “as independent charter enrollments grow, so too do host district revenues and spending per pupil.” One reason is that “independent charters don’t have access to local funding” so, as students disenroll from traditional districts, “local revenues per pupil in these states may increase.” He continues:

Similarly, New Jersey law only requires districts to pass through a portion of their per-pupil funding to charters, the  amount of which is also weighted by student characteristics (meaning host district funding could increase  insofar as local charters enroll a different student population).

In other words, NJ’s funding formula doesn’t send charter school revenue per pupil directly to charters. Instead, the state sends the money to the district where the charter is located and the district acts as a middleman, passing through the tuition (or about 75% of it — how much it gets to keep varies) to the independent school. Thus, districts really feel like public charters are draining their coffers, even though the money wasn’t theirs to begin with. This produces unnecessary animus, even among those who should know better (or maybe already do), like incendiary attacks from anti-charter Education Law Center whose executive director said in 2015, ” the growth of charter schools has hurt traditional schools by siphoning off money, as well as students from the families most motivated to succeed.”

Education Law Center is wrong. Its misconceptions have been rectified by none other than one of its partners, Mark Weber.

Petrilli and Griffith say at the end of their foreword, “Now someone needs to tell Joe Biden.” Here they’re referring to the President’s comment during the election that “I am not a charter-school fan because it takes away the options available and money for public schools.” We know that’s not true. Weber tells us, in this data-driven apolitical analysis, that charter schools don’t hurt traditional public schools; they help them. So hats off to him. And let’s hope others listen.