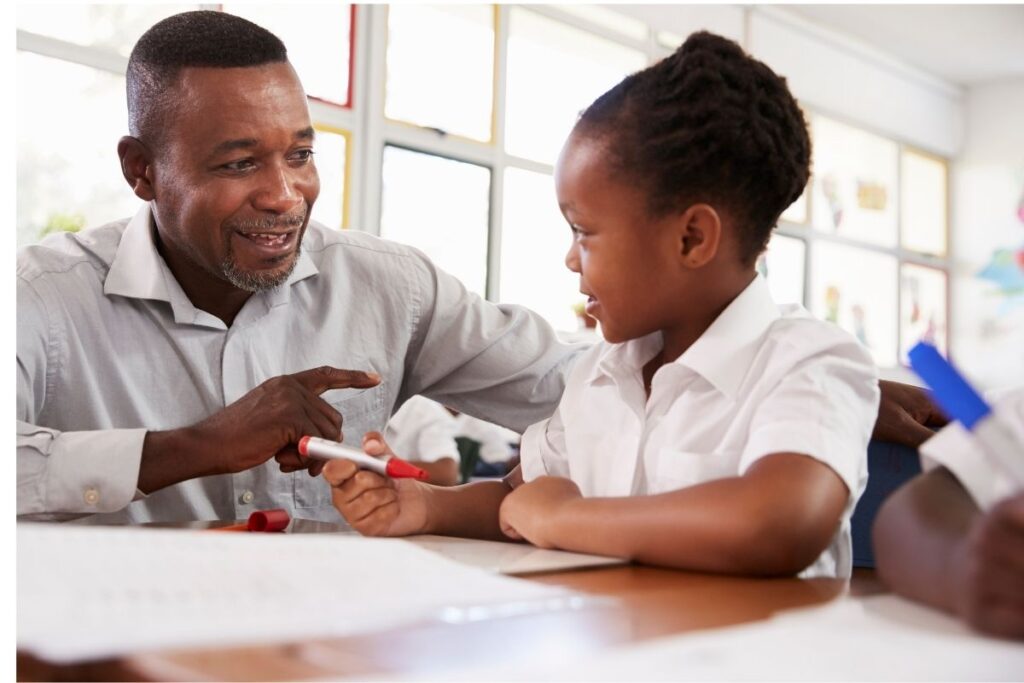 Mark Weber may have anticipated feeling a trifle abashed after this week’s publication of  a data-driven apolitical analysis he wrote for the Fordham Institute. In that study he shows that traditional schools benefit financially from the presence of charter schools, including in New Jersey. So, perhaps in preparation, he authored a paper that  NJ Policy Perspective released yesterday which repolishes his tarnished anti-charter bona fides.  Here he claims that in Camden, where 60% of city students are enrolled in public charters and charter/district hybrids called renaissance schools, there has been a subsequent decrease in Black teachers.

As many readers know, all students –especially students of color– substantially benefit from a diverse teacher workforce. TNTP put out a report last month showing that teacher diversity is a national problem and a “significant percentage” of teacher prep programs “are more than 90% white.”

So of course we should all care about  what Weber calls the “whitening” of Camden’s teachers and I hope we agree that there should be policies in place to hire, support, and retain Black and Hispanic teachers in all schools, as he recommends.

It’s where Weber wanders into politics that I find myself shaking my head.

He writes in the NJPP paper, “the policies that have led to fewer Black teachers in Camden’s schools have been established by the state and are not the result of local action…The plan to close [traditional district] schools and replace them with charter schools was developed by the Christie administration without local input…The whitening of Camden’s teacher workforce is the result of policies imposed by outside forces.”

First of all, charters have operated in Camden long before the Christie Administration. For example, LEAP Academy opened in 1997, 13 years before Christie came into office, and currently educates 1,300 students K-12. That’s 10% of the enrollment of traditional, district, and renaissance schools combined. So if charters are responsible for the lack of Black teachers, you can’t lay that at the feet of recent events.

Speaking of recent (or not so recent) events, Weber’s discussion of “policies imposed by outside forces” is a reference to the Urban Hope Act, a 2012 bill sponsored by Democrats that allowed for the creation of hybrid district/charter schools, i.e., Camden’s renaissance schools. The bill itself included Trenton and Newark but only Camden availed itself of an opportunity that NJEA president Barbara Keshian described as “an innovative effort to improve educational outcomes for children in some of our most challenging educational settings” that is both “creative” and “innovative.”

The Urban Hope Act is imbued with local control. In fact, according to the bill’s language, local school boards must approve the establishment of renaissance schools. There are no outside forces. And it’s what parents want —otherwise they wouldn’t enroll their children in non-traditional public schools.

Is Weber claiming that charter schools discriminate against Black and brown teachers?  I’m not sure what to make of his premise that Camden teachers’ lack of diversity is a direct result of the growth of public charters and renaissance schools when, in fact, the racial complexion of America’s schoolteachers is overwhelmingly white. There’s only one cohort of teachers who are more diverse: at Teach for America, more than 50% of classroom teachers identify as people of color. And, of course, TFA corps members are frequently hired by charter schools.

So I wish Weber had applied the same rigorous and apolitical approach to the NJPP report as he did in the Fordham one. In the latter he is careful to qualify his results that show, while charters have no negative impact on district revenue streams, his conclusion is “descriptive rather than causal.” In other words, Weber references the basic statistics mantra that “correlation is not causation,” that just because two things correspond, it doesn’t mean that one causes the other.

So often in education politics (I guess all politics), this mantra is ignored in order to superficially strengthen weak arguments. So often in media coverage–see today’s Star-Ledger for a perfect example– journalists simply echo those whom they consider authorities, without questioning the data presented. Weber’s Fordham report is a statistical analysis of data. Weber’s NJPP piece is a political hit-job designed to ding Camden’s charter and renaissance schools and he does this by bypassing the distinction between correlation and causation. He tells the Star-Ledger,

It’s the last few words that are the tell: “mostly because of charter expansion.” He has no way of knowing that, no way of distinguishing an overwhelmingly white  teacher workforce (that has always been majority-white and majority-female) from the complexion of Camden charter school teachers. (In all fairness, the Ledger corrects one of Weber’s mistakes; he calls Camden a “predominantly Black city” and the article clarifies that Camden is now 51% Hispanic.)

But this isn’t about local journalism. It’s about miscontruing data to make a political point. So take his Fordham paper seriously. His NJPP paper? Not so much.

Puzzle of the Day