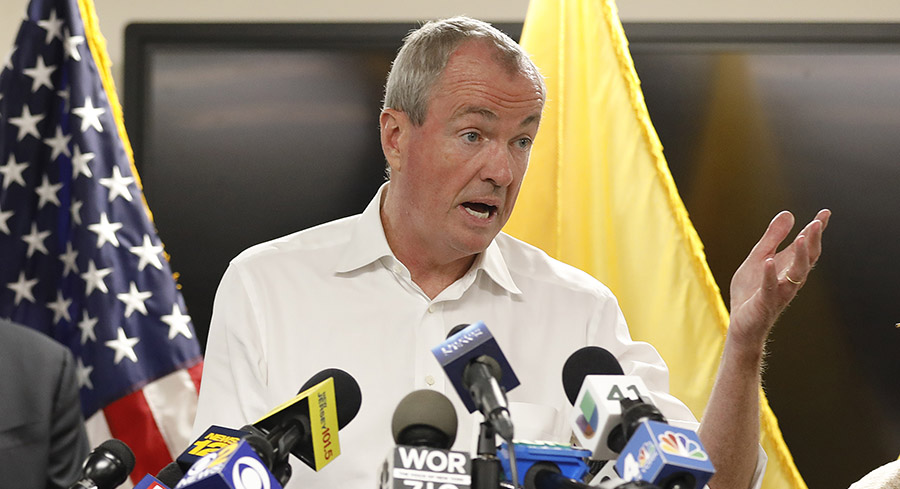 Governor Phil Murphy, who announced Wednesday that starting in September all schools must be full-time in-person, is getting some blowback. Example: at a school board meeting at Bridgewater-Raritan Public Schools, Somerset County’s largest school district.

A parent group called BRRSD-Parents for Virtual Choice, read a statement that said, in part,

Many of us have still not resumed ‘normalcy’ (i.e. dining out) so the thought of something as ‘seemingly simple’ as feeding our children lunch in the school building is extremely concerning. As the COVID cases trend downward, some virtual families would like the opportunity for our children to attend school at some point next school year. We would like to see transparency with regards to the ventilation improvements. This, coupled with the current cases in our community, will allow us to make an informed decision as to when we feel safe sending our children back to the school buildings. The details that would have to be worked out to do this safely and efficiently are much more complicated than what meets the eye. As the virus evolves between now and September, it’s important to plan for all scenarios, including the need for a full virtual option this fall.

The Star-Ledger reports on families from other districts not on board with Murphy’s proclamation. “I don’t want the state telling me what’s best for my kids,” said Michelle Prejean. Deanna Nye said, “I understand kids need to be back in school, it is so important, but some kids are thriving remotely.”

There is some dispute about whether Murphy has the power to order all schools full-time in-person, especially given New Jersey’s current COVID-19 rates, the highest in the country. Some argue that because he closed schools through an Executive Order, by rescinding that order he could reverse course, local control be damned.  “It is our understanding that since the governor effectively closed schools in March 2020 with Executive Order 104, once the Executive Order is lifted, schools would return to in-person classes,” said Janet Bamford, a spokeswoman for the New Jersey School Boards Association.

The Ledger interviewed Chris Cerf, former Commissioner of Education under Chris Christie and David Sciarra of the Education Law Center. For Cerf, Much seems to hang on state statute that require districts to be open 180 days a year.

“The power of the purse is a mighty thing,” Cerf said. “The 180-day requirement is a lever that can be used to influence districts.” In addition, the constitutional requirement for a “thorough and efficient” system of education is a state obligation, not a local one. “I would be very surprised if it ever came to that, but conditioning funding on satisfying centrally-set requirements is a tried-and-true method of expanding otherwise limited powers,” remarked Cerf. He added that if districts wanted to defy Murphy’s order, they’d have to go to court and sue.

Sciarra doesn’t agree that Murphy can simply reverse his Executive Order, or at least it’s not that simple: Murphy has “a legal obligation — a clear legal duty — to make sure schools are safe to reopen,” he said. “That schools are safe for teachers and students and families, and the resources are there to deal with the impacts of the coronavirus within their facilities…It’s not whether he can lift the closure order. The last thing we want to happen is they reopen and they are not safe to open.”

QOTD: Ingle on NJEA and “The Cartel” Experts Confirm Newark Is Another Victim of NJ’s Terrible Plan