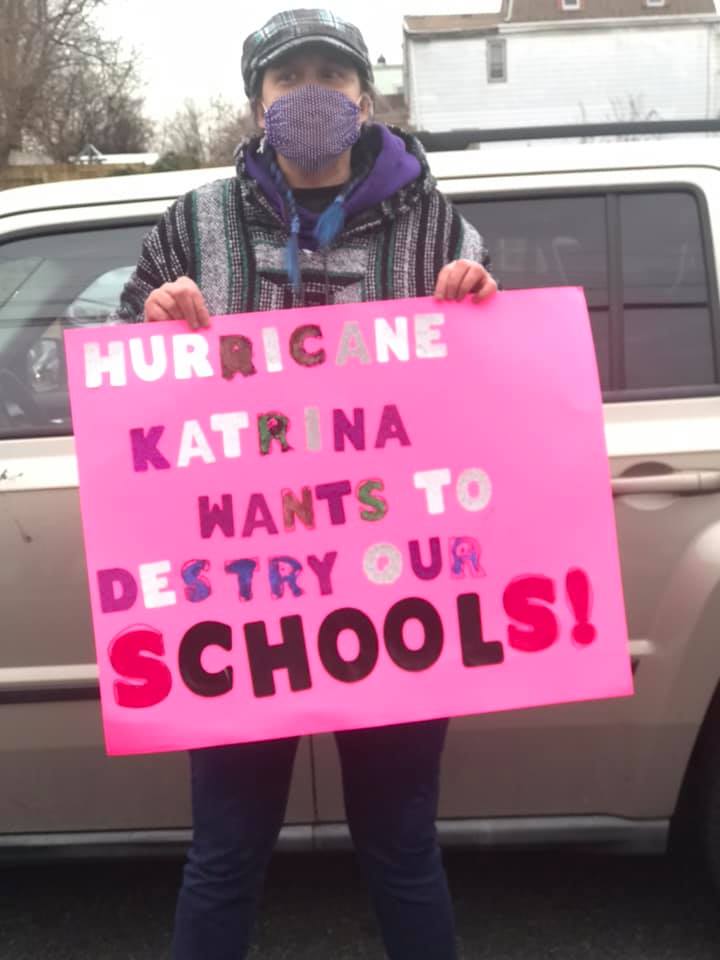 He’s “very much encouraged” by her long tenure in Camden City Public Schools and admires her rise from classroom teacher to administrator to district leader, which gives her “a more holistic view of the challenges facing city schools!” Benson also admires her work ethic and authentic Camden roots: he tells the media that McCombs is “someone who worked her way through the ranks and earned everything she has, and wasn’t given the job based on cronyism or who she knows.” He notes that she “puts our public schools first and foremost, and recognizes the connectivity, and how important schools are to the entire community.” And, even better, testifies Benson, McCombs “knows the dynamics of public education from all dimensions” and “when she speaks, people trust her.”

Need more proof of Benson’s esteem for his superintendent? Just last August he praised McCombs strategic foresight — unlike, he said, “some superintendents around the state”— in producing a community-based school reopening plan. He marvels that while other districts had “dictatorial” plans, “our District formed a Task Force in late June and smaller subcommittees with seventy-one people across job descriptions and levels of formal authority, thirty-four of whom are union members.”  Therefore, “our District’s parents and staff can be assured maintaining safety for everyone was the paramount [sic] is the safest Return plan possible.”

It must be love.

In a flip-flop worthy of Donald Trump, three weeks ago Benson penned a petition cancelling McCombs and demanding her resignation. Why? Because “Superintendent XXXXXXX” — she must remain nameless!– is “trying to sabotage her own goddamn district!” because she’s “motivated by political survival” as she loses “public and educator trust.”  Sure she “seems like a nice person” but that’s a cover. The proof, he alleges is that McCombs supports the district’s universal enrollment plan that gives parents the power to choose among a variety of public schools in the city–traditional, charter, and renaissance. Even worse, she wants to close several half-empty, deterioriating buildings that the district doesn’t need.

What exactly is going on here?

(Don’t believe me about Benson’s grasp of facts or his predilection for conspiratorial thinking? Check this out: three years ago he wrote on Facebook that 9/11 was a government conspiracy. Also, his thesis in his graduate work is that public school reform is another conspiracy, this one among money-grubbing reformers and “oppressed natives” who are afflicted with a “psychosis” that leads them “to improve their own subjugated standing by attempting to join the ranks of those who do the oppressing.” Uh huh.) 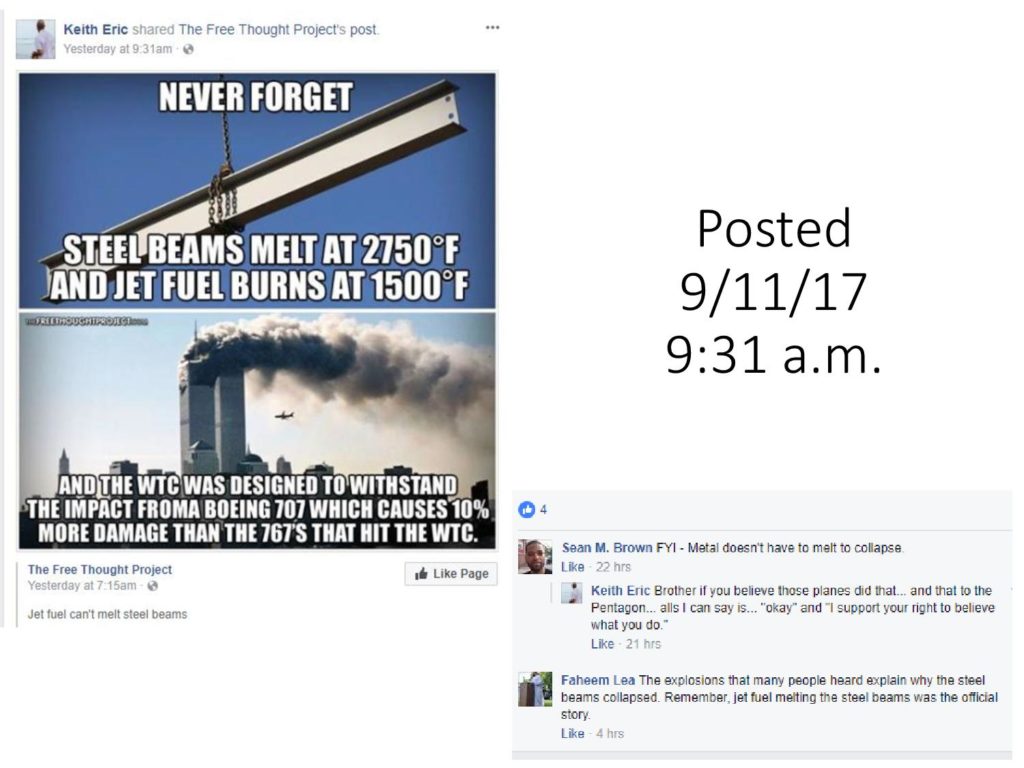 Let’s look at a fact that everyone can grasp, one that, to me, reveals Benson’s agenda: Throughout the lengthy petition there is not a single reference to the rising academic progress of Camden public school students, regardless of where they go to school.

Instead, his focus is entirely on adults.

How can this be? Easy: If Benson were looking out for the academic well-being of students, he’d be aware that in 2013, before the State took the district over, less than half of students were graduating from high school and and only 20% of third-to-eighth graders were at grade level in math and reading.

Now let’s jump forward six years: in 2019 Stanford University researchers did an analysis of how Camden students are doing since the expansion of the non-traditional public school sector.  They found that all Camden students — traditional, charter, renaissance — have big academic gains, particularly in math (although academic growth is higher in charter and renaissance schools). 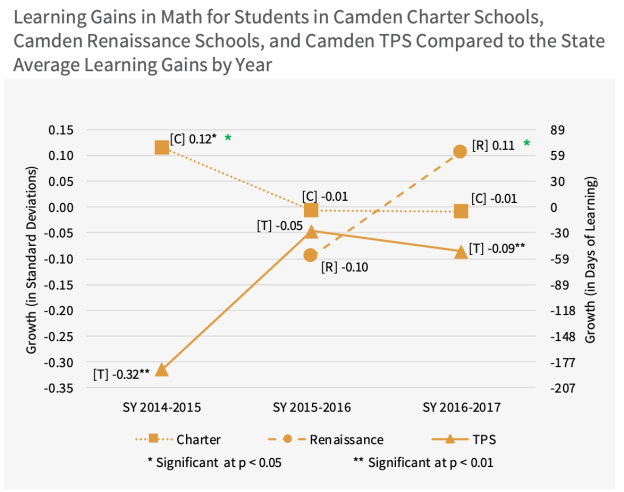 What’s better for Camden students? Improved academic outcomes or preserving the old world order? Benson votes for the latter. He’s not about kids; he’s about personal power and clutching onto the past. His hold on the education establishment may be diminishing (three weeks after his petition went up he’s only slightly more than halfway to his goal of 1,000 signatures in a city of 75,000), but here’s guessing he’ll continue his quest to undermine McCombs, who truly seems to have student well-being as her North Star.

If only that were true for the president of the Camden Education Association.

Ripped From the Headlines “You Broke Our Dreams.” Latina Mom “Talks the Truth” to