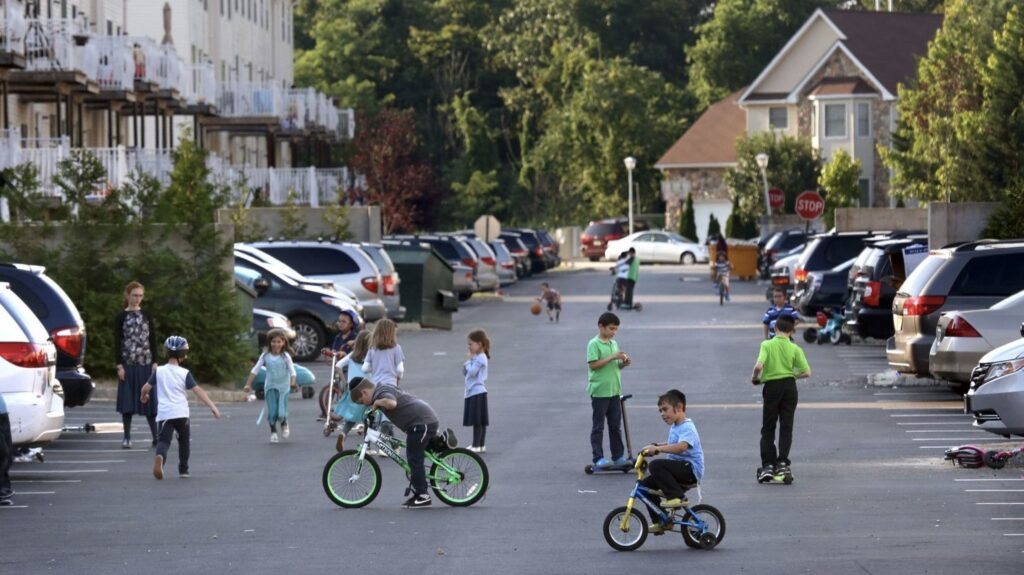 This evening the Lakewood Township Committee will introduce its $108.9 budget, largely accrued from property taxes. The biggest piece of the pie for New Jersey’s 5th largest city will be allocated to Lakewood Public Schools district, which last year had a budget of of $204,165,496* for 6,500 in-district students and the 30,000+ ultra-Orthodox students who attend Jewish day schools, or yeshivas. Once again, the district will ask the state for a “loan” because, well, 2+2=4, not 5. The school budget is driven by two big-ticket items: transportation costs to yeshivas and special education costs for eligible ultra-Orthodox children.

In today’s Asbury Park Press Education Law Center’s David Sciarra blasts the whole megillah: the Lakewood School Board’s arrangement with Lakewood schools’ lawyer Michael Inzelbuch that awards him $700,000+ a year in salary, more than any other public school district lawyer, well, anywhere; the lack of state oversight of Lakewood’s special education expenses; and the cost of transportation.  “Because the board is controlled by the private school community,” says Sciarra, “they want an enormous unfunded mandate on the district. It results in a budget deficit every year.”

What would happen if Lakewood School Board and its administrators followed the law and only provided transportation to and tuition for private yeshivas that meet New Jersey’s legal definition of a school?

Because New Jersey actually has a pretty clear definition of what constitutes a school. According to New Jersey statute 18A:38-25, “every parent, guardian or other person having custody and control of a child between six and 16” must “ensure that such child regularly attends the public schools of the district or a day school in which there is given instruction equivalent to that provided in the public schools for children of similar grades and attainments or to receive equivalent instruction elsewhere than at school.”

While girls get some secular instruction (they’re expected to be the family breadwinners because their husbands-to-be will may spend all their time studying Torah), boys get hardly any.

Naftuli Moster, who was educated in yeshivas and later formed the non-profit Young Advocates for Fair Education, or YAFFED, didn’t hear the word “molecule” until he got to college. He writes,

On average, Hasidic elementary and middle school boys receive only 60 to 90 minutes of secular education a day, four days a week. These secular studies usually take place between 3:30 p.m. and 5 p.m. and consist only of basic English and arithmetic. No science, health or social studies is taught to boys of any age, let alone art, music or physical education. In high school, Hasidic boys receive absolutely no education except in Judaic studies. They study religious texts from 6:30 in the morning until 8:30 at night and are taught primarily in Yiddish.

So it’s not uncommon for young Hasidic men to be unable to speak English even with minimal proficiency, or to know any math beyond basic addition and subtraction. Very often they understand nothing about health or biology. Hasidic girls tend to receive a more robust secular education because they are prohibited from becoming rabbis, and are instead expected to become the breadwinner of the family, while their future husbands are trained to become rabbis.

Is a school that doesn’t teach secular studies actually a school?

Parents, of course, have control over where their kids go to school. But should taxpayers be forced to support religious institutions that don’t meet state statutue?

Anyway, the money doesn’t work. As regular readers know, Lakewood Public Schools is running an insolvent system. Every year the district “borrows” money from the state to cover the gap between what the school funding formula allocates and the district’s actual expenses. Current “loans” (that the district will never pay back) come to $129 million. This year the Lakewood School Board will demand another $68 million, for a grand total of $197 million.

Something’s wrong with this picture.

Let’s start with how much taxpayers fork over for transportation and special education tuition costs. According to last year’s budget, Lakewood and state taxpayers doled out about $40 million for buses—almost all for non-public school students–and $51 million for tuition, almost all of it for non-public school students. For example, the School for Children with Hidden Intelligence charges $123,679.50 a year for its all-Orthodox enrollment. (This doesn’t include buses and one-on-one aides.)

Many people wonder about those costs. For example, why doesn’t the district insist on economies like having yeshiva girls and boys ride on the same bus? Why can’t yeshiva owners coordinate start and stop times?

As noted in this Rutgers law review article, “Simple, cost-saving measures have been rejected on the basis of religion. For example, Orthodox school owners refused to allow the installation of curtains on the school buses to separate the two genders on their rides into school.” In addition, the Vaad, the 11-man committee that runs ultra-Orthodox life in Lakewood, won’t sign off on changes and the public School Board is mostly comprised of ultra-Orthodox Jews who don’t send their kids to district schools.

What if New Jersey actually enforced statute 18A:38-25 and required that taxpayer money be restricted to schools that give “instruction equivalent to that provided in the public schools for children of similar grades and attainments”?

In other words, what if we all followed the law?

*Does anyone know why Lakewood’s entry is missing, and has been for some time, from the NJ Department of Education’s “User-Friendly Budget” database? Inquiring minds want to know. If you can help, let me know in the comment section or email me at [email protected]

Has Abbott Funding “Helped Close the Gap in Test Scores”?

Walter White has a new Batch of Blue: PARCC Tests