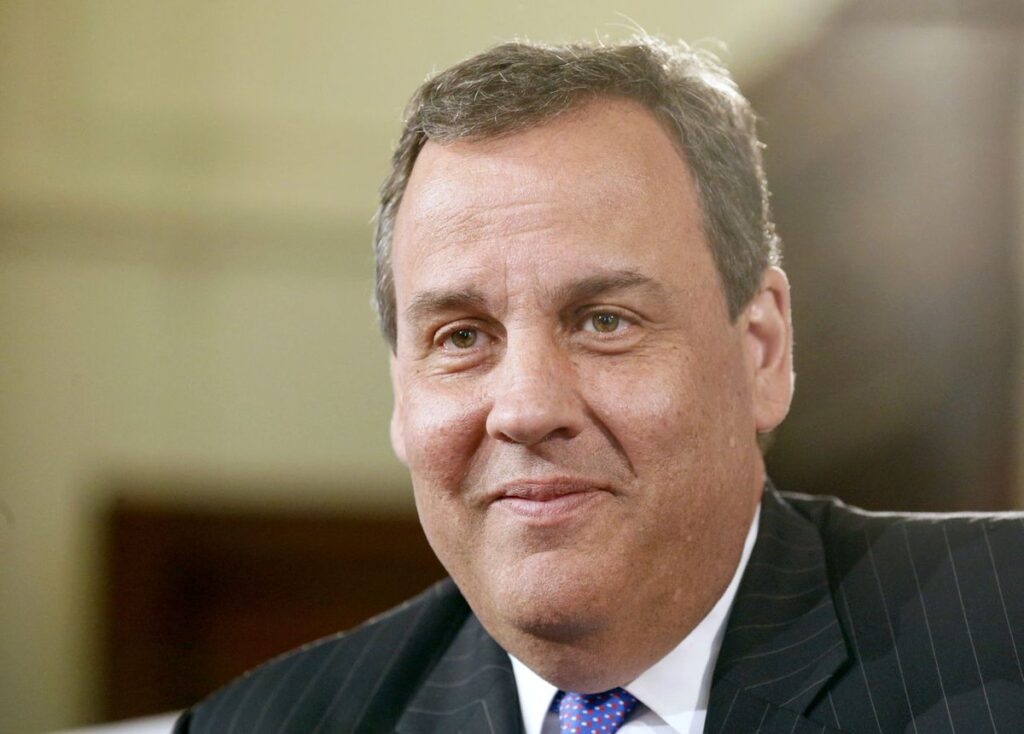 As Lenape high school student Sasha Lapham’s experience with a racist teacher demonstrates, leaders of the New Jersey Education Association (NJEA) wield enormous power in prevailing on legislators to support their interests. Yet sometimes NJEA leaders lose battles they are desperate to win. The most glaring examples come from recent history when they were regularly outwitted and overpowered by former Republican governor Chris Christie, despite a Democratically-controlled State Assembly and Senate.

Were these eight years of legislative losses an anomaly or a sign of structural weakness? What does it mean when the third largest state teacher union in America doesn’t have the power to press its own agenda?

What was Christie’s magic? Rutgers political scientist Ross Baker says that the governor created a “pact” between himself and powerful Democratic politicians that “left the independent and liberal Democrats pretty toothless.” Relegated to the sidelines were NJEA’s top lobbyists. Democrats and Republicans, after all, aren’t arch enemies; sometimes they reach consensus. (“I’ve got this,” say Christie and then-Newark Mayor Cory Booker, in a fun video that may give you warm fuzzies for the pre-Bridgegate/Trump-acolyte governor.) During the eight years of the Christie Administration the power of bipartisanship often took the form of NJEA-unfriendly legislation that highlighted the union’s weaknesses.

This was an unfamiliar position for leaders who typically bask in triumphs that date back more than a century. A few examples: In 1909 New Jersey was the first state in the country to pass a teacher tenure law; in 1985 bipartisan legislation gave NJ teachers the highest minimum salary in the country; in the last 20 years the union has collected about $2 billion in mandatory dues–$1,362 per teacher per year–from teacher salaries (despite the Supreme Court Janus ruling that union membership is voluntary). In 1994 the New York Times noted, “In the tightly knit universe of New Jersey politics, no organization has had more muscle than the New Jersey Education Association and none has been more willing to use it.”

Yet there are times that even the strongest muscles atrophy, especially when a brash bully undermines hard-working teachers just trying to do their best by their students.

Christie has waged a war on the teaching profession so shameful that I wonder if gifted young people will ever again consider a career in education within our state.

And the rally ends, inevitably, with Christie arguing with a teacher pic.twitter.com/YyLsoJVTWQ

Yet despite the public sympathy engendered by Christie’s constant attacks, NJEA leaders endured a string of legislative losses. In fact, I couldn’t find another time in New Jersey history when teacher union power went so far south it fell off the map. That’s a real concern in a state where the last NJ Democratic governor to win a second term was Brendan Byrne, who served from 1974 to 1982. (Since Byrne’s tenure, the only governors to win second terms were Republicans Thomas Kean and Christine Todd Whitman.) While current Governor Phil Murphy appears well-poised to win this November, let’s look back at four instances–all during Chris Christie’s two terms and his “pact” with Democratic legislators–when teacher union lobbyists failed to rally lawmakers to their side.

In 2010, the first year of Christie’s term—he beat incumbent Jon Corzine by the largest margin for a non-incumbent Republican since 1969—the rookie governor worked with the Democratically-controlled Legislature to pass a 2 percent tax increase cap on municipalities and school districts. It’s hard to understate the impact of this bill because New Jersey is the poster child for unaffordable property taxes. (Currently a NJ home owner’s median annual bill is $8,432, the highest in the country.) In school board negotiations with local unions, annual salary hikes closely follow tax caps; the pre-2010 cap was 4 percent and annual raises were about 4.5%.

When the 2010 cap was passed, then-NJEA President Barbara Keshishian protested that it was “an ill-conceived and shortsighted policy” that will damage schools. What I remember (I was a school board president at the time) was the radical change in the dynamics of negotiations. Suddenly the school board side of the table was armed with an unassailable argument for district solvency. After all, how can a school board agree to a 4.5% annual salary increase when we’d have to make cuts –including lay-offs–to stay within the 2% tax increase cap?

During the Christie era, school boards had the upper hand over NJEA negotiators during bargaining sessions. No level playing field there.

While Keshishian’s prediction of damage proved wrong (and over the last decade salary increases have crept up to 3.1%), union potency took a hit. NJEA emerged from the tax cap hike in a weakened state.

In 2011, just a year after NJEA lost the tax cap bill fight, the NJ State Legislature passed another bipartisan bill that took aim at the “platinum level” health insurance and pension benefits plan available to all unionized public workers. (They currently cost about $38,000 per staff member each year.) The bill, called “Chapter 78,” changed the way NJ funds teacher pensions and health benefits. Before, health insurance costs were entirely on districts but now, for a four-year period, teachers would have to pitch in by contributing to their premiums using a sliding scale: the more you make, the more you contribute. Before Chapter 78, some school staff didn’t contribute anything but after the implementation of the new system no one could contribute less than 1.5% and contributions ranged from 3% to 35%.

NJEA leaders fought hard against Chapter 78 because its passage was a big loss of a much-favored “perk.” NJEA President Keshishian blamed much of it on Christie, calling him a “bully” and a “liar obsessed with a vendetta.” In turn, he called her a “greedy thug” who uses children as “drug mules.” (Welcome to New Jersey.) Joe Coppola, president of the Bergen County Education Association, a county union chapter, emailed a memo to members with a closing prayer: “Dear Lord, this year you have taken away my favorite actor Patrick Swayze, my favorite actress Farrah Fawcett, my favorite singer Michael Jackson and my favorite salesman Billy Mays. I just wanted to let you know that Chris Christie is my favorite governor.”

In the end, much to union leaders’ dismay, Chapter 78 proved a popular item among both school boards and many New Jerseyans. In advance of the bill expiring, New Jersey School Boards Association had this advice for boards dealing with a local union demanding retreat from Chapter 78 contribution levels:

Not all school districts follow this counsel. But the days of free healthcare for teachers are over in NJ, a stunning loss for a union known for its strategic smarts and lobbying strength.

In 2015 NJEA took on one of its more expensive battles, spending $15 million to try to quash the state’s adoption of PARCC assessments. At the time, we had been using the High School Proficiency Assessments as a graduation requirement (with exceptions for students with disabilities and loopholes for those who couldn’t pass them). How easy were they? Former Governor Jon Corzine’s Education Commissioner labeled them “8th grade level tests” that artificially inflated high school proficiency and graduation rates. Under the direction of the Obama Administration, states were told to up their game and administer mandatory annual assessments aligned with state course content standards. The NJ Department of Education chose PARCC.

NJEA, then led by President Wendell Steinhauer, worked hard to keep the old tests, desperate to protect the state’s educational reputation: harder tests mean lower scores. The union partnered with the Education Law Center and Save Our Schools-NJ, running rallies, plastering billboards all over the state, airing TV and radio ads. They wanted to convince enough parents to “opt out” of PARCC tests in an effort to show that the tests were unwieldy and stressful.

In the end, NJEA was partially successful. There were opt-outs–but mostly in wealthy white districts. The Wall Street Journal reported that while parents pulled children from testing in districts like Montclair, Ridgewood, and Princeton, “in urban Paterson and Camden, officials said [PARCC testing] didn’t appear to be an issue for parents.”

We can call this one a draw (although a short one that led to union victory once Murphy took office; NJ no longer uses PARCC tests.)

The Battle to take Down Steve Sweeney

Chris Christie wasn’t the only villain for NJEA leaders; they blamed Senate President Steve Sweeney as well. It was Sweeney, after all, who had been advocating for pension health benefits reform, Sweeney who constantly railed against unaffordable property tax rates, Sweeney who—this is a biggie—refused NJEA leaders’ demand in 2017 that a referendum to fully fund the teacher pension plan be placed on the November ballot.

In response, NJEA members protested with a “Death of the Amendment Rally” where members were instructed to march in black clothes.

Sweeney was up for re-election that same November. In a decision that surprised many, NJEA leaders decided to not endorse Sweeney but instead put their power –plus $5 million in member dues—behind Sweeney’s opponent, a Trump-loving, climate change-denying, xenophobic, little-known councilman named Fran Grenier. The race ended up being the most expensive state legislative campaign in NJ’s history. Mike Antonucci calculated that NJEA spent $238.70 per vote for Greneir, or the full dues allotment of 6,000 teachers, even though Sweeney won by 18 points. Teachers were angry (this one said he was “ashamed of my union leadership”) because Sweeney is considered a strong advocate for public education who, with a daughter with Down Syndrome, even understands the intricacies of special education.

And, to add insult to injury, the state Democratic Party had to pull resources away from other races and deplete its funds for future campaigns in order to save Sweeney’s seat. Suddenly, relationships among top Democratic legislators and these NJEA lobbyists were less than warm and fuzzy.

In fact, 16 Democratic state legislators previously endorsed by NJEA wrote a letter to NJEA President Marie Blistan, urging her “to end your misguided assault against [Sweeney] and join with us in working to expand our majorities in the State Senate and Assembly.” They continue,

The millions you’re spending on behalf of Fran Grenier is preventing us from spending money on candidates your own PAC has endorsed. The NJEA’s actions contradict your promise and ours to teachers throughout New Jersey to fight for their best interests, especially in the face of politicians unfriendly to education like Donald Trump, Chris Christie and Fran Grenier.

Since these series of losses, NJEA leaders have invested in a number of initiatives to forestall another stretch of hard times. They’ve created a Political Leadership Academy to train members to campaign for political office, and over the past five years, 1,310 NJEA members have run. They are BFF’s with current Governor Phil Murphy; in fact, the union is the primary funder of his dark money PAC and he appears to be in its thrall. Chapter 78 has been pulled back. The teacher pension system just received a huge check. PARCC is gone. The tax cap bill now has loopholes.

And, yet, is the NJEA’s strength so dependent on the personality of whomever is Governor? How does one explain the union’s failures during the Christie era? Is he the exception that proves the rule?

In School Choice, Choosing Between the System and the Student