LILLEY: Montclair Families Deserve Better Than a Mayor Who Cedes Control of Schools to a Political Machine 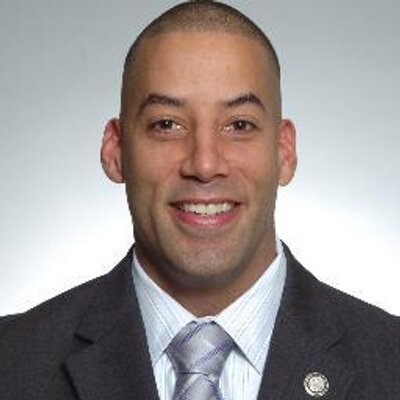 Fired Montclair Board of Education (BOE) member Sergio Gonzalez is angry.  As he says in his published letter, he is “angry at being removed from the BOE because I dared to represent the interests of our children, rather than a political machine.”  Gonzalez was removed by NJEA President-elect/Montclair Mayor Sean Spiller so that Spiller could appoint his own people, and Spiller appointees now hold four-of-seven board seats.  As Gonzalez says, the NJEA/Montclair Education Association (MEA) political machine now sits on both sides of the negotiating table, and Spiller’s judicially recognized conflict of interest has given the MEA and NJEA control over Montclair’s schools.

Sunlight has long warned that Spiller’s conflict of interest was real and massive.  Of course, Spiller was removed from the Board of School Estimates (BoSE) by a Superior Court judge, but as mayor, Spiller’s conflict of interest was far larger: the mayor appoints the BOE and controls the BoSE.  Given Spiller’s status as NJEA president-elect, and his fiduciary duty to advance the interests of NJEA and MEA members, the MEA and NJEA now have veto power over whether Montclair schools will reopen.  The parents, the students, the superintendent, and the people of Montclair no longer have a say.

Why was Gonzalez removed?  Gonzalez states that he was “outspoken” in his support for reopening Montclair’s schools.  He was an independent voice in the truest sense of that word – independent of the MEA and NJEA.  So he had to go.  Gonzalez says that his removal means that Spiller has reneged on his campaign  promise to appoint an independent BOE.   Apparently, Spiller’s word means nothing.

Gonzalez states that he also sees “a concerted effort to chase [Superintendent Ponds] away as well.”  Ponds is another voice independent of the MEA and NJEA, and his plans to reopen Montclair schools were boycotted at the last minute by the MEA.  So apparently he must go, too.

So the consequences of Spiller’s massive conflict of interest are real.  As Gonzalez says: “the MEA leadership has worked tirelessly to usurp the BOE’s legal status as the decisive policy-setting power in the district, and this effort has been almost totally successful.”  Montclair schools have been closed since March 2020; middle and high schools remained closed to this day.  Its elementary schools were delayed from reopening for over two months and only opened on April 12.  Too bad for the Montclair parents and students who wanted in-person instruction.  Too bad for the children of color who we know have suffered severe learning loss.  Where’s the equity in that, Mayor Spiller?

Gonzalez says it all: “The MEA/NJEA now effectively appoints the members of the Board of Education …NJEA President-elect/Mayor Spiller “is clearly determined to prevent our BOE from performing [its] crucial function, and is instead privileging private interests over the interests of the public he pledged to put first.”

Spiller likes divert attention by claiming Sunlight is “neo-conservative” and “right-wing” when we point out the inconvenient facts about Spiller’s conflict of interest.  What names will he call Gonzalez?

Montclair must listen to fired BOE member Sergio Gonzalez: as predicted, NJEA President-elect/Montclair Mayor Sean Spiller has ceded control of Montclair’s public schools to the MEA and NJEA.  Private interests are privileged over the public interest.  Montclair and its families and students deserve so much better.

Press of A.C. and NJSBA Slam Assembly for Kowtowing to