As Jersey City Rallies Against Teacher Who Called George Floyd a ‘F–King Criminal,’ NJEA Lawyers Will Fight to Protect His Job 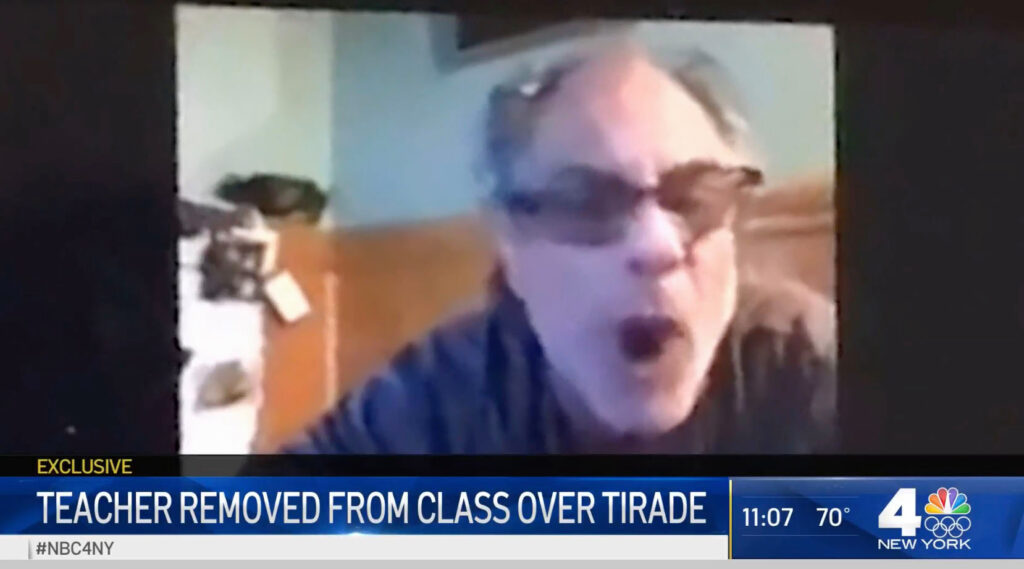 In the wake of a racial tirade by a Jersey City teacher, parents and students will hold a rally on Monday in front of the School Board office on Claremont Avenue.

The leader of the rally, Pamela Johnson of the Jersey City’s Anti-Violence Coalition Movement, told media, “We’re rallying to send a message that we support our students and families and will not stand by and remain silent after a teacher berates Black students with language that is racist and destructive in nature.”

I hear people whining and crying about Black Lives Matter, but George Floyd was a f—ing criminal and he got arrested and he got killed because he wouldn’t comply and the bottom line is we make him a f—ing hero.

The incident was recorded by students, including Timmia Williams, one of four Black students in the class. Her mother immediately called the district but received no response. The following day, Zlotkin said to Timmia, ”I don’t think you can make a case. You know what, Timmia? You’re full of shit too.”  Zlotikin told the Washington Post, “I am being judged on a snapshot out of a 60-minute class. I tell the students it’s all about facts, and I was teaching those facts. I am a science teacher,” he added. “My little snapshot that was posted to the world was out of this context.”

Timmia’s mother, Margie Nieves, said “she is not satisfied with the school’s decision to suspend the teacher with pay and accused school officials of not checking on her daughter.”

Jersey City Superintendent Franklin Walker, in response to parents and students’ call for firing Zlotkin, said in a letter,

The teacher in question is entitled to due process rights, as well as so-called “tenure rights” under New Jersey law. In short, no tenured teaching staff member may be disciplined without due process and without the procedures of New Jersey’s tenure laws being followed.

He’s since been temporarily removed from the classroom…but there hasn’t been an update on whether any further action will follow.https://t.co/2Jd5XmhW4F

The president of the Jersey City teachers union, Ron Greco, told the Star-Ledger, “you can’t be called and (told) you’re fired.” The School Board can vote to file tenure charges and then the matter would be handed over to an arbiter. (See here for how that process works.) If the Board can’t decide, the matter would go the State Board of Examiners.

Meanwhile, Zlotkin is on paid leave. Last year his annual salary was $110,880.

QOD: A Camden Mom Explains Why All Parents Deserve School