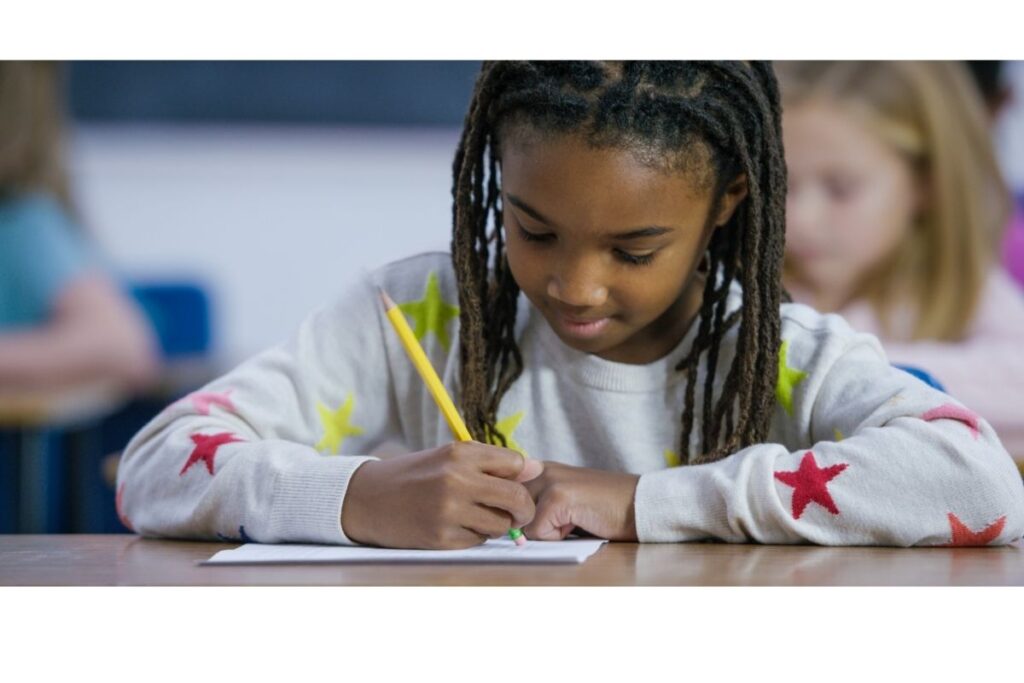 Except this: Kellmayer’s piece is a perfect example of the newly-fashionable commentary cropping up in education policy and politics that, despite claims of progressive virtue, is as racist as Strom Thurmond.

The endgame? Let’s throw in the towel on educational equity because even the best schools and the most effective teachers will never compensate for societal ills. And while we’re at it, let’s halt measurements of student progress.

Here’s the way it works: Kellmayer starts with an extraordinary claim: the achievement gaps among white, Black, Hispanic, and low-income students are a “phenomenon of a free and healthy democratic society” that have nothing to do with educational inequity or school quality or teacher effectiveness. Why? Because wealthy (white) parents have a “moral responsibility” to provide their children with advantages like “better teachers and schools” and “private tutoring.” “Inequality” (he doesn’t use the word “equity“) is baked into the system. For documentation he quotes “leading expert” Andy Porter and cherry-picks this quote: “the gap between whites and blacks is present before children experience any schooling. By the time children are three or four, it is already a standard deviation.”* (For more scroll to the bottom.)

There will always be an achievement gap. This gap will grow larger or smaller primarily as a result of societal circumstances that have nothing to do with the schools. Over time, the names of the groups that are separated by this gap may change. However, whether this gap is between the academic achievement of African American and Caucasian students — or Latino and Caucasian students, students from economically disadvantaged families and those from better circumstances, or students who receive special education services versus those who do not — some kind of achievement gap will remain as it will arise inevitably from the tension between the polarities of equality of educational opportunity and the exercise of individual liberty.

Here’s his logic: In New Jersey 61% of white seventh-graders are proficient in reading but only 30% of Black seventh-graders and 35% of Hispanic seventh-graders are. But that’s not the problem of schools; chock it up to disparities among parents and their wealth. We can’t hold schools responsible for student outcomes, no more than we can hold a teacher responsible for classroom effectiveness, especially given the learning loss during the pandemic, which will turn the achievement gap into a “chasm.” (Never mind that he just said schools have no role in differing levels of academic achievement.)

All this leads to Kellmayer’s grand conclusion: the New Jersey Department of Education must free schools and teachers from the scourge of standardized testing and accountability:

For the foreseeable future, the only standardized testing to be administered in New Jersey schools should be for diagnostic purposes only, and schools and teachers should not be held accountable for student academic gains or losses on these standardized assessments. So what can schools do now? All students but especially those who are underachieving should be assigned a rigorous curriculum, clear and high academic standards, and top teachers

Now might be a good time to hold Kellmayer accountable for his Star-Ledger byline which says he is a “former New Jersey school district superintendent, an instructor at Stockton University, and the author of nine books.”

Yes, he was superintendent of Brooklawn Public School District for 17 years and an adjunct instructor at Stockton. Sounds impressive, until you realize the “district” of Brooklawn is one building with 293 students.  Kellmayer has indeed written many books, mostly for children, plus a new novel for adults, “Teacher on the Brink,” that he describes on a site called shoutmybook as “nothing less than an indictment of public education and the school reform movement which scapegoats teachers for everything wrong in American society.”

Kellmayer is on the brink as well. If schools have nothing to do with student achievement, if the disparity in student outcomes is the fault of parents  who lack “moral responsibility,” then it’s hopeless. (Nihilistic much?)  Destiny is written by “inequalities imposed on children by their home, neighborhood, and peer environment” and any accountability measures –especially standardized tests — are merely a reflection of parent wealth and skin color.

Many education analysts disagree. One example: Sean Reardon and Ximena Portilla  explain that achievement gaps are not “immutable social facts.” For proof, they note that over the last few decades the gaps have “narrowed sharply” between white and Black students as well as white and Hispanic students, even though income gaps are much larger.

And yesterday David Leonhardt of the New York Times described a study in Boston that looked at the long-term impact of high-quality preschool. While there has been much discussion of how the academic benefits fade over time, researchers found that participants in these preschools, regardless of racial and income groups and in contrast to a control group, “were less likely to be suspended in high school and less likely to be sentenced to juvenile incarceration.” More preschool attendees graduated from high school, were more likely to take the SAT, and more likely to enroll in college. (The students are too young to know the college completion rates.)

The findings are a reminder of how complex a process schooling is. We can’t simply give up on test scores. Measurement and accountability are vital parts of education, just as they are with most human endeavors. Without them, society ends up tolerating a lot of mediocrity and failure. But measurement often needs to be nuanced to be accurate.**

Kellmayer disagrees: “Under the best of circumstances, it has always been arguable as to the fairness of holding teachers and schools accountable for student academic progress.” For him there’s no point in trying to improve the academic achievement of traditionally under-served students.  Their under-performance is an immutable characteristic of either their parents’ wealth or their skin color or their neuro-typicalness.

In this way, a clumsy, tautological, and mediocre attempt to undermine accountability becomes racist.

*Indulge me for a moment. I found the quote Kellmeyer uses to (ineptly) buttress his argument in an article by Dr. Andy Porter called “Rethinking the Achievement Gap.” Much of this thoughtful piece contradicts Kellmeyer’s claims. In fact, Porter relies on standardized testing to make his points (that include the important role of standardized testing in schools), writing, “no matter how hard they have looked, researchers have been unable to find any evidence of test bias…My hypothesis about this finding is that black children on average are not receiving the schooling they need to acquire the kind of knowledge needed to succeed in performance assessments.” He also writes, “[t]he achievement gap is unlikely to be totally eliminated by school reform. But that doesn’t get education off the hook. Some education reforms, especially those that provide greater opportunities to learn, do reduce the gap. High-quality preschool, effective teachers in every classroom, a challenging curriculum of enriched classes—all have been shown to have demonstrable effects on students’ academic performance and all have the potential to reduce the achievement gap.”

**Leonhardt here is boldly opposing famous anti-racist Ibram X. Kendi, who claims that the achievement gap is itself a racist social construct abetted by the evils of standardized testing.

On Scaling Up Successful Educational Models