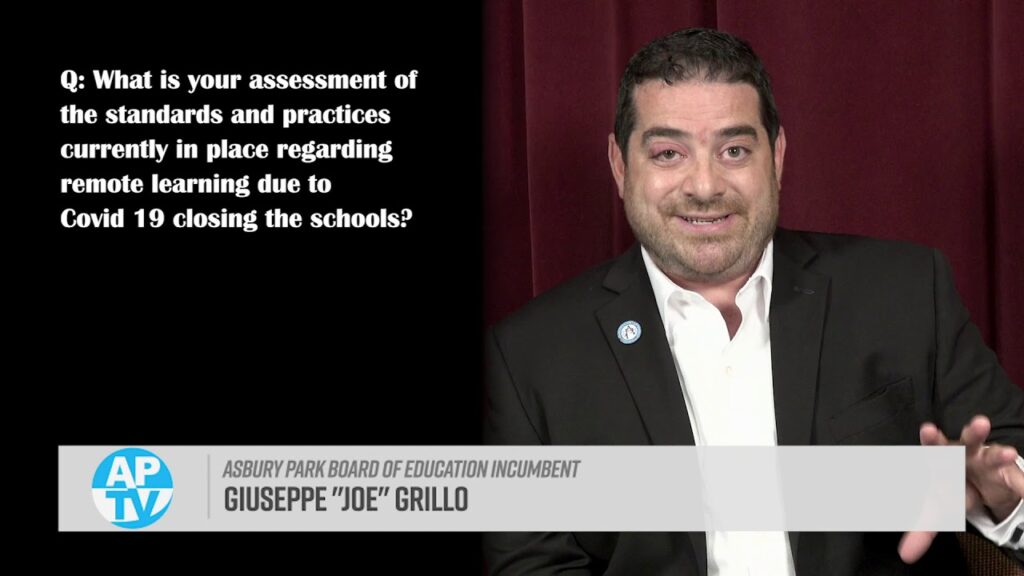 Any close observer of Asbury Park School Board meetings witnesses the hold Gov. Phil Murphy’s pick for State Education Commissioner, Lamont Repollet, continues to exert over this troubled school district. Case in point: the machinations at the last school board meeting on April 22nd when board member Joe Grillo made a formal request to change his vote from a “yes” to a “no” on an agenda item from the March meeting. The subject of that item was Superintendent Sancha Gray’s resignation.

(You can watch the vote change by going here and clicking on “Asbury Park School Board meeting: April 22nd”; it’s about 3 minutes into the video.)

Why did Joe Grillo change his vote? When Board President Sheila Etienne asks him that question, he responds that Gray’s resignation was “an add-on to the agenda,”  “most of us were surprised and shocked,” and he “kind of felt like we had to say ‘yes,’ in a weird way.” After going home and thinking about his vote, he decided to change it “because the CSA [Chief School Administrator] adds a lot of value to the community and even if she wants to resign I don’t want her to resign.”

In fact, according to several sources, Grillo changed his vote to “appease” Sancha Gray and her patron Lamont Repollet.  Gray has her own ambitions in Asbury Park/Monmouth County Democratic politics and doesn’t want a unanimous “yes” on her resignation to be interpreted as a kick in the pants. She needed someone to show reluctance at her departure and Grillo was her man.

And what about Repollet? Why is he controlling the Board’s selection of a new superintendent, currently down to Repollet acolyte Rashawn Adams or an ex-superintendent recently fired by his board? (In a surprise turn, last night the Board’s superintendent selection committee cancelled their interviews with the two candidates, the second postponement this month. Some have attributed this to the recent survey of teachers, which revealed extremely low support for the pre-selected Adams, the scathing letter from Asbury Park principal Reginald Mirthil who calls the district an “organized crime syndicate,” as well as recent coverage from NJ Ed Report.)

Asbury Park insiders tell me that Repollet needs Rashawn Adams to be the new superintendent in order to cover up mismanagement during his and Sancha Gray’s tenure. The list of misdeeds is long and includes a taxpayer-funded trip to Ghana where Repollet was made the king of a village, a damning state audit, nepotistic practices that he expanded to the NJ Department of Education, shifty arrangement with vendors like Houghton Mifflin Harcourt, and an enabling state monitor.

Meanwhile, people I speak to ask me, where is the State Department of Education? Why does no one in the Murphy Administration pay attention to Asbury Park’s travails? Why isn’t anyone investigating? Why are taxpayers paying the State Monitor Carole Morris $171,000 a year to back up Gray and Repollet?

Is the Third Time the Charm?

How Peaceful is Camden?