BODENHEIMER: Weingarten’s Political Theater On School Reopenings Is a Slap in the Face to Parents Like Me 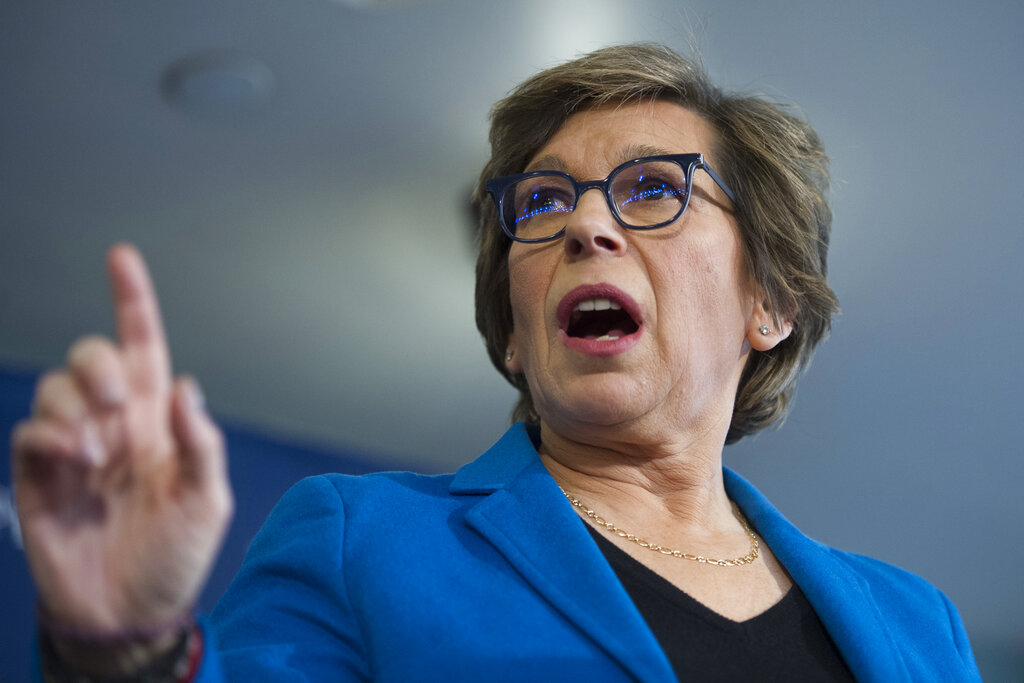 This is a guest editorial by Rebecca Bodenheimer. It first appeared in The Grade, a media watchdog project dedicated to improving news coverage of education issues.

Randi Weingarten, president of the American Federation of Teachers (the nation’s second largest teachers union), has recently embarked on a media blitz to tout her support for a full reopening of schools in the fall.

By and large, she’s found willing partners in news outlets. She has been profiled in the New York Times, stating “my union is all in” for reopening schools. She was interviewed on MSNBC, NPR, and a host of other broadcast news outlets, along with the New Yorker and other print and digital platforms. And, her claims about working tirelessly to get kids back to school have been buttressed by public praise from Secretary of Education Miguel Cardona and FLOTUS Jill Biden.

But don’t be fooled by her victorious, revisionist narratives. This political theater is a slap in the face to parents like me, who have been involved in school reopening activism since last fall. We know that neither Weingarten nor the unions led school reopening efforts. We saw firsthand how our local teachers unions blocked it at every turn, and to now deny this obstructionism feels like gaslighting. This revisionism also erases the enormous amount of unpaid labor parents, mostly moms, have put into advocating for our kids.

And we’ve seen how prestigious media outlets have been complicit, consistently giving Weingarten a platform to take credit for something she and local unions have until recently actively impeded.

We know that neither Weingarten nor the unions led school reopening efforts. And we’ve seen how prestigious media outlets have been complicit.

By now, it’s common knowledge that the education system’s response to this pandemic was more about partisan politics than “following the science.”

Data began piling up last fall about in-person school posing a very small risk and about the harmful effects of school closures — and yet, most schools in California didn’t open until April, and many (like in my city of Oakland) only for two afternoons a week and only for K-5 and a handful of older students.

Parents in California were acutely aware — and enraged — about how far behind the rest of the nation our schools were, so it’s insulting now to see the media ignore the role of union leaders like Randi Weingarten in preventing school reopening, and refuse to recognize parents’ sustained activism.

As an example of this revisionism, last month the New York Post revealed that Weingarten successfully lobbied the CDC to release more conservative guidelines for school reopening. The story wasn’t picked up by any of the major (bipartisan) media outlets, and Weingarten referred to it as a “hit piece.” She and her allies discredited the story solely because it was broken by the right-leaning NY Post, despite the fact that the emails between the AFT and the CDC obtained through FOIA requests made clear how involved the AFT was in this guidance.

Instead of picking up on the extent of teachers unions’ influence on the CDC, we got biased articles like this in The Nation, which not only depicts unions as the underdogs who won in the school reopening fight, but fails to even mention the impact of prolonged school closures on students.

This narrative ignores the fact that in some states, teachers unions are not underdogs, but behemoths that hold significant influence over legislators. The California Teachers Association was the top lobbying group in Sacramento in the first quarter of 2021, a position it has held for decades. It hardly seems a coincidence that California has been dead-last in terms of its percentage of in-person instruction for months, given the enormous sway of teachers unions here.

There has been somewhat more rigorous reporting of school reopening here in California than in the New York Times and other prestige outlets. San Francisco Chronicle education reporter Jill Tucker has consistently contextualized the claims of Bay Area teachers unions and obstructionist school boards, pointing out the ways their claims don’t follow public health guidelines. Politico California education reporter Mackenzie Mays has held Newsom’s feet to the fire for his political doublespeak and hypocrisy.

But on the whole, the coverage has been inadequately skeptical of union and district claims.

There has been somewhat more rigorous reporting of school reopening here in California than in the New York Times and other prestige outlets. But on the whole, the coverage has been inadequately skeptical.

Moreover, media outlets have reinforced the inaccurate narrative of “angry white parents” through inflammatory headlines and by emphasizing the racial gap between parents who sent their kids back to school and those who kept their kids at home.

A recent U.S. News piece includes the following quote: “‘You have in public, these angry, vaccinated white parents yelling about often unvaccinated teachers in an urban setting, often teachers of color, about how they need to get back to school to serve my kid because my kid is hurting.’”

The reporter should have contextualized this misleading statement, noting that educators were prioritized for vaccination in most blue states and cities, and certainly had access to them way before most parents did.

It would also have helped to mention the fact that while some urban districts now have diverse teaching forces, teachers unions are overwhelmingly white organizations whose agendas are not always aligned with parents of color.

Finally, although there is clearly a racial divide in terms of white parents’ trust of public school systems to keep their kids safe versus parents of color’s mistrust, more Black and Latino parents wanted to send their kids back to school here in Oakland than keep them in full distance learning. Only writing about the gap between white parents and parents of color doesn’t tell the whole story.

Aided and abetted by skewed media coverage, Weingarten has now co-opted parents’ message that in-person school is not only safe, but is essential for our kids’ academic and social-emotional development.

I’m not naive. I understand this is the way politics works, and Weingarten is very much a politician. But that doesn’t mean I have to remain silent while her PR campaign erases our advocacy. One thing parents have realized is that we and our kids don’t have a seat at the table when it comes to public education policy.

The harmful prolonged school closures — and the inadequate media coverage of the process — have been one hell of a wakeup call.

Continuing the Conversation with Steve Danley NJ DOE Watch: Disruption and Damage Within the Division of