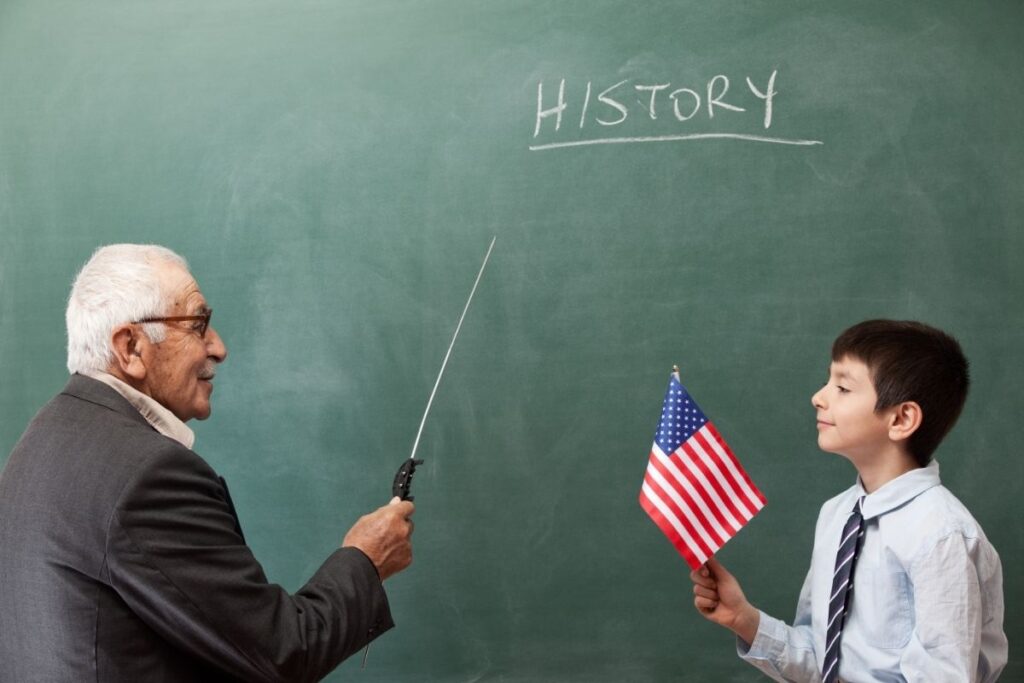 This week the Fordham Institute released a report called “The State of State Standards for Civics and U.S. History in 2021.” David Griffith and Chester E. Finn, Jr., in the Foreword preceding the report, write, “Our union is not perfect, but it will become more so if its citizens understand, value, and engage productively with the constitutional democracy.” The key to that productive engagement, they say, is civics education that “must be joined by high-quality instructional materials and pedagogy, sufficient time and effort, and some form of accountability.”

Therefore five independent reviewers–Jeremy A. Stern, Alison E. Brody, José A. Gregory, Stephen Griffith, and Jonathan Pulvers– reviewed the U.S. History and civics standards of all fifty states and D.C.. Sixteen states got “A’s” and “B’s” while the rest got “C’s” or worse.

How do New Jersey’s civics and U.S. History courses standards rate compared to other states?

Alas, we got a “C,” which is considered “Mediocre.” You can see the full state profile on pages 225-232, along with lists of strengths and weaknesses for each set of standards. The first step would be to require a one-semester high school course exclusively devoted to civics education.  Meanwhile,

New Jersey’s new civics and U.S. History standards are mediocre. Strong standards on “active citizenship” are overshadowed by jumbled chronology and the state’s decision to embed most high school civics in a two-year U.S. History sequence rather than a separate civics course. Significant revisions are strongly recommended.

Here’s the overview of our civics standards:

Despite some thoughtful content, New Jersey’s decision to embed most high school civics content within a two year U.S. History sequence carries significant risks for both subjects. An unusually compelling set of “active citizenship” standards has potential, but to realize the vision embodied in these standards, the state needs a bona fide high school civics course.

Here’s the overview of our U.S. History standards:

Kick it up a notch, New Jersey!

Lessons from the Field: How Charter Schools Can Become Neighborhood

Wait: Is This a Democratic Presidential Candidate “Public Education Forum”